New Yorker Emily Stephenson hosted her inaugural Friendsgiving dinner while away at college in the U.K. It was a fun occasion for a group of cash-strapped expats craving a big roast bird, and on her table were the usual trimmings – butternut squash, stuffing and pumpkin pie.

Now back stateside, Stephenson still celebrates the occasion more than a decade later and recently launched her first cookbook, The Friendsgiving Handbook, featuring 25 recipes that use fresh, local ingredients to put a modern spin on traditional dishes. Canned mushroom soup gets the boot to make room for panfried green beans with mushrooms, dark meat gets its due with turkey legs braised in white wine, and dessert gets a makeover with her sweet potato pie with marshmallow fluff.

“The vast majority of the time, spending the holiday with friends is more fun because there’s no family drama or having to deal with distant relatives,” Stephenson says. “I have friends who can’t afford to travel home because it’s too costly for a three-day weekend, or because it falls so close to Christmas, and others who live near their family but prefer the company of friends.”

It’s definitely a younger, more urban event, and the food is often trendier. Some of its inclusivity comes from not being tied to religious observances, like Easter or Christmas. Since most people are off work, I like to invite as many friends as possible.

Last year, I cooked the sage and mushroom lasagna from the book because there were a lot of vegetarians. My boyfriend is Iranian, and he made ghormeh sabzi, an herb stew with lots of parsley and coriander. There were a few traditional side dishes. The plate was more colourful and, although it may not have been as familiar, it worked.

What are your thoughts on how Eurocentric the holiday is as it relates to First Nations?

We have to acknowledge that the story North Americans have been telling about the first Thanksgiving – a peaceful coming together of pilgrims and Native Americans – is false and erases the impact on First Nations. When we stop glossing over the violence of colonialism we can see history and the present more accurately.

When I was writing the book, I made sure to not say it's a holiday everyone can participate in, and did not discuss the founding mythology.

Do you see Friendsgiving being a more gender-equitable occasion when it comes to labour?

My mother was expected to cook a 12-course meal while the guys watched football, and I think we fall into some of the same habits. It’s a day of leisure for some, and a week of work for others. I do think there’s been a significant shift with my generation when it comes to shopping and cooking, but I still notice, even among my liberal-leaning friends, it’s mostly women who clean up. I think you can point blank ask people to help who aren’t offering: “Hey, would you mind setting the table, or drying the dishes?" It can free up a lot of mental energy and prevent resentment from simmering.

With the rise of plant-based eating, do you think a meal like Friendsgiving could go entirely vegan?

I was a vegetarian for years and could eat well from the sides and skip the turkey, but stuffing, mashed potatoes, and pie are trickier because of dairy. I always have a couple of vegan dishes on my table, and there are a few recipes in my book, like Miso Garlic Gravy. When I think of my family Thanksgivings, they would be accommodating, of course, but there wasn’t any planning for guests with different diets.

Could this also be an excuse to do away with the gorging associated with the holiday feast?

Eating until you can’t button your pants up is not good. I don’t like to serve carbs and dairy in appetizers when they feature so heavily in the rest of the meal. Eating half a wheel of Camembert or most of a bag of nacho chips is bad for the appetite, so I serve one or two light snacks with cocktails. Because I am a bit of an uptight type-A host, I only allow one hour between arrival and dinner, which cuts down on the snacking and drinking. I also don’t cook to excess because I want all the food gone by dinner the day after.

Twelve wines that will please a crowd at Thanksgiving
Subscriber content
October 11, 2019 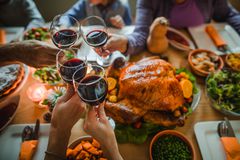 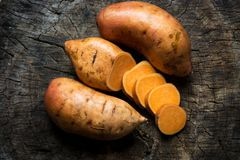 The HealthNut’s Nikole Goncalves has a granola bar recipe that kids and parents will both love
Subscriber content
October 2, 2019 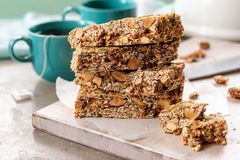