Marmalade, according to one legend, was originally created for Mary Queen of Scots as a cure for seasickness after a voyage from France. The orange confit was called Marie est malade. More likely, it comes from the Portuguese word marmelo, or quince, the fruit from which it was originally made.

Marmalade now comes in a variety of styles. It can range in colour from dark orange to light, contain chunky peel or thin translucent slivers. It can be made from bitter and sweet oranges, tangerines, lemons, limes and grapefruit. I think the best marmalade is made with the bitter Seville oranges that are in markets now for a short time.

The principles of making it are like other jams, but marmalade is easier because it always sets. Seville oranges are full of pectin, a natural substance found in the pith, skin and seeds of many fruits. When pectin is used along with sugar and an acid, it forms a jelly. Pectin can be bought in powdered or liquid form at the supermarket, but natural pectin has a better flavour, requires less sugar and gives the jam a gentler, lighter texture.

To start, rinse the oranges well; the peel is sometimes treated with a wax coating. The peel must be tenderized with long slow cooking which helps to extract the pectin from the pith and seeds,

Simmer three pounds of oranges in 10 cups water for about two hours, covered, or until soft. The oranges should be squishy. Remove and cut in half. Scrape out the pulp and seeds and place in cheesecloth. Return to the orange water in the pot. Simmer together for 10 more minutes, squeezing the cheesecloth occasionally to remove any further pectin.

Meanwhile, slice the peel into thin or thick slices, dice it or even purée it in the food processor, whichever you prefer. Add as much back into the liquid as you like, along with the granulated sugar. You will need about three to four pounds (1.5 to two kilograms) sugar for three pounds (1.5 kilograms) oranges. One way to figure out the sugar quantity is to measure the liquid and peel together in measuring cups then add an equal amount of sugar. As I like my marmalade tart, I usually add ½ cup (125 ml) less. Stir in the juice of two lemons for further pectin.

Fast boiling is the secret to good flavour and a quick set. If the marmalade sets quickly, it will retain the bright colour and fresh flavour. It takes about 15 to 25 minutes depending on your pot size.

To test if the marmalade is set, have several saucers chilling in the freezer. Place a spoonful of the mixture on one saucer and let it cool a few minutes. Push your finger through the marmalade; if it’s set, the sides should crinkle. Alternatively, a sugar thermometer should read 220 F (105 C).

When you test the marmalade, take the pan off the heat to stop further boiling. Marmalade that boils past the setting point cannot be resurrected. If it’s not set, return the pan to the heat and continue boiling. Retest after a few minutes.

Wait 20 minutes before spooning into sterilized jars to avoid the peel rising up. I use the dishwasher to sterilize jars, but I also refrigerate the marmalade as I do not process it in a water bath. It will last several months in the fridge.

Marmalade has myriad uses. It can glaze ham or chicken, flavour poached fruit or cakes, or make a sauce for duck. My favourite treat is toasted sourdough, topped with salted butter and a healthy spoonful.

What are the different kinds of Asian noodles? Subscriber content
January 22, 2020 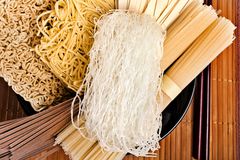 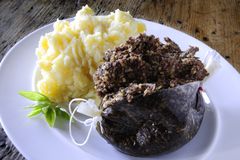 How do you cook and eat artichokes? Subscriber content
January 8, 2020 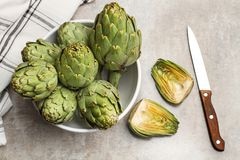