I’m so in love with cheese, it’s the official theme of my family’s annual holiday party. At our last gathering, some friends arrived with a plate of homemade vegan cheese, a compressed block of blended and pressed raw cashews, agar powder and nutritional yeast. It was a cheddar-esque deep ochre and crumbly, and very delicious – but not my idea of actual cheese.

In my mind, this summed up the challenge of renouncing all animal products: While some of my favourite things to eat happen to be vegan, committing to it full-time seems like a lot of work.

In the seventies and eighties, when I was growing up, a few of my friends’ parents (and parents’ friends) were vegan. It seemed radical and on the fringe. So-called health food stores were their own niche, hawking such recusant foodstuffs as yogurt, tofu and carob to a dedicated flock who bought in bulk and grew their own sprouts at home on the windowsill. I still recall the neighbours who made tempeh from scratch and kept tall jars of whole wheat pasta in their kitchen. (It should be noted that, as I write this, a jar of homemade kombucha is fermenting in my fridge.)

These days, there are enough organic, vegan and “natural” food products to necessitate their own sections in most grocery stores, and fashionable eateries, such as Lov in Montreal and Rosalinda’s in Toronto, are changing perceptions of what vegan restaurants look (and taste) like.

“As an owner of primarily meat-based restaurants, I was personally motivated by the idea of taking the politics of veganism out of the restaurant equation,” says Max Rimaldi, owner or partner of Toronto establishments Pizzeria Libretto, Enoteca Sociale, Bar Isabel, Tennessee Tavern and now Rosalinda’s. “Today’s customer might be interested in incorporating more plant-based dining into their lives, but feel intimidated by dining at a vegan restaurant – out of fear of not being welcomed, or uncomfortable because they’re not fully vegan. I wanted to create a great restaurant that just happens to be vegan – a space that’s inclusive and welcoming to all.”

More than a way of eating, veganism is becoming an all-encompassing lifestyle choice of the young, hip and socially conscious; in Toronto, Vegandale refers both to a food and drink festival (on the weekend of Aug. 11-12, in Garrison Common) as well as an unofficial micro-community; the stretch of Queen Street between Dufferin and Brock is branded as a “mecca for the ethically minded and hungry, with the best of vegan food, goods and services co-existing on one city block,” with restaurants, a clothing store free of animal products, and more like-minded projects to come.

It’s significant that our collective perception of veganism has also evolved: we think of it as something accessible and appealing. As what we eat becomes more entwined with our social consciousness, food choices are shifting toward personal and political statements we often broadcast to our friends, co-workers and social media audiences. Those making the choice to eat plant-based meals, whether occasionally (hey, #MeatlessMonday) or all the time, are buoyed by blogs, Instagram accounts, cookbooks, YouTube channels, Netflix documentaries and an influx of menu offerings and plant-based products on store shelves. Going meat-free isn’t as challenging as it was for vegans of the eighties, when you had to seek out tahini and no one had heard of quinoa.

“Veganism is having a moment,” says Ruth Tal, who launched her career almost 30 years ago with a travelling juice bar, has five cookbooks under her belt and is about to open her fifth Fresh Restaurant location in Toronto. “When I told my parents I was vegan, they thought I had joined a cult. But now we’ve hit that tipping point – with rising awareness of the environmental impact of the meat industry, combined with great restaurants – you don’t feel like you’re sacrificing to make the change.”

Vegetarian-vegan restaurants are springing up across the country, appealing not only to those who identify as vegans but to the vegan-curious, part-time vegans and those teetering on the edge of vegetarianism. With hip, stylish interiors, they’re the sorts of places even omnivores want to be seen in, whether or not they enjoy the occasional steak. Even restaurants with meat on the menu are touting themselves as “vegetable forward.”

Plant-focused Instagrammers and YouTubers are generating massive audiences of well-intentioned eaters, seeking out experts for guidance when it comes to the complex alchemy required to recreate burgers, pizza, cake and gooey cheese out of plant-based building blocks. And vegan cookbooks tend to be big sellers: Oh She Glows, the first cookbook of Ontario blogger Angela Liddon, is the bestselling Penguin Random House book to date on Amazon.ca, across all genres – it recently surpassed the Fifty Shades books.

Even new terminology has emerged. “More and more I say ‘plant-based’ – it sounds more dogmatic. Less anti-meat, more pro-plant,” says Tal of the subtle rebrand that ditches any baggage or preconceived notions veganism brings with it.

Given all this, it would be unsurprising if veganism were on the rise in Canada, but Sylvain Charlebois, a professor in food distribution and policy at Dalhousie University, conducted a poll that found little evidence of an increase. He concludes from the survey, among the first of its kind, that the number of vegetarians and vegans has not changed much over the past decade – 7.1 per cent of Canadians consider themselves vegetarians, and 2.3 per cent consider themselves vegans. These numbers were not previously known, but, based on US and European research, he estimates they’ve held steady over the past decade. (To compare, in the UK, the vegan population has skyrocketed to 3.5 million, 7 per cent of the population, from half a million in 2016.) But though the vegan population doesn’t appear to have grown, the number of Canadians who devote themselves to specific dietary practices is increasing – 32 per cent of us observe some sort of committed dietary regime. “This number is one of the highest we’ve seen in recent years,” Charlebois says.

Blogger and YouTuber Sam Turnbull made the switch to veganism at the end of 2012. “When I first went vegan, it was still a dirty word,” she says. “Now people are seeing it as this cool, trendy word. That alone has been an amazing shift in the past five years.”

Turnbull’s first cookbook, Fuss Free Vegan, came out last fall and is already in its third printing. Having grown up in a family of chefs, butchers and hunters, her decision to make the leap was, like most, motivated by environmental issues, animal welfare and better health. “I was one of those people who not in a million years thought I would go vegan,”she says. “But I couldn’t think of any good reason not to be, except convenience, tradition, laziness – and they weren’t good enough.”

With limitation came inspiration, says Turnbull, and she started to convert her favourite foods to plant-based; one of the biggest challenges new vegans face is changing old cooking and snacking habits. “Most people aren’t born vegan, so you’ve grown up doing the same thing three times a day,” she says. “Some vegan recipes can be complicated, but to most people, it’s just new.”

Turnbull started to share her tips on her blog, YouTube and Instagram, all platforms that have helped propel the vegan lifestyle into the mainstream. Not surprising, as Charlebois’ survey suggested people under the age of 35 are three times more likely to consider themselves vegetarians or vegans than those 49 or older.

“When Instagram first started, for the first time I felt connected to this community that spanned borders, that spanned distance,” says Tal, who considered how photogenic her new line of craft botanical cocktails would be, ensuring they were an appealing range of shades and hues, from neon pink dragonfruit to black charcoal lemonade. “Social media has been a game changer. For the longest time people would look at a green juice and go ‘Ew, it’s green.’ We’ve changed peoples’ perceptions of what’s delicious.”

Bridging the gap between new and familiar keeps restaurants like Fresh busy – while there’s always a new superfood to share on Instagram, onion rings, vegan burgers and buffalo cauliflower remain their biggest sellers.

“Everyone can find something they can relate to on the menu. It’s not a salad, but it’s plant-based and it’s delicious, and you can have it with a beer,” Tal says. “In the early days, I had to go to the Hare Krishna temple to get a plant-based meal. But there are so many more options now – more entrepreneurs, more start ups, more people creating really beautiful food.”

While I have not given up on butter, cream and (well-raised) roasted chicken, I find myself stacking roasted carrots on thick smears of garlicky tahini and frying patties of homemade falafel more often than I used to, no doubt galvanized by veggies’ inspiring new position in popular food culture. But cheese and I will always be an item.

Embrace the heat with this red pepper dip
July 3, 2018 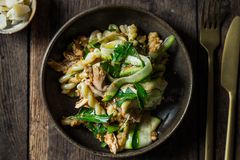 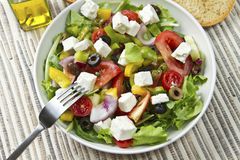