“In this part of the world, it will be increasingly difficult for small agricultural operators to survive, let alone compete in the years to come,” says Tony Marshall, who with his wife, Penny, runs a small-scale organic farm in High River, Alta., that has been in the family since 1899. He predicts that the increasing cost of land, equipment and labour could limit growth of small family farms, which are also increasingly impacted by fluctuating weather patterns. In addition, he foresees the cost and sophistication of regulatory compliance, food safety, organic certification, etc., will increase to the point of being prohibitive for smaller producers and processors, leaving only large enterprises able to afford the implementation and ongoing maintenance of complex programs such as the Safe Food for Canadians Act, which became law in January, 2019.

“Certain segments of the public will continue to pursue connections with the people growing and making their food, but overall the marketplace will gradually slip away from any direct association to the land and their food sources,” Marshall says. “Highly processed foods like Beyond Meat and other lab-based alternatives will exacerbate this disconnect.” Increasing food security demands from a growing global population will put even more pressure on agricultural producers to embrace technologies such as genetic engineering, farmed fish and factory-grown designer meat.

“Feeding a hungry world is as dependent on government policies, distribution and food waste as it is upon increasing production outputs,” Marshall says. “Addressing the problem of food waste, on the farm and during transport, storage, processing, distribution, in retail and by end-users, will be essential to resolving food security issues.”

“I’m hoping restaurants will survive,” restaurateur Tannis Ling says of the popular Bao Bei and Kissa Tanto in Vancouver’s Chinatown, eateries that cultivate unique dining experiences with attention to decor, music, service and other details that are lost when food is ordered via delivery options, such as Uber Eats and DoorDash. Ling sees an increasing desire for fast casual, takeout and “non-committal” eateries that focus on just a few items, such as Juke Fried Chicken across the street from Bao Bei. “Those who are doing it well are killing it,” she says.

Though she has witnessed a dramatic shift in restaurant culture over the decades – cooks, kitchen and front of house staff are paying more attention to their physical and mental health, and prioritizing a more manageable work-life balance – Ling worries, as does the back of house operations manager Alain Chow, about staffing becoming even more challenging in the coming years. In a gig economy, many young people who have traditionally sought jobs in the food industry are opting to make money doing multiple smaller tasks, many of them virtual or digital. “We’re still finding passionate young cooks,” Chow says, “but retaining them is the hard part.”

They both expect technology to have an ever-increasing presence in the coming decade, citing a local hot pot restaurant at which diners order from their tables on iPads, but believe that social media has hit a plateau in terms of its influence on the dining experience. With such a constant barrage of imagery and information, Ling says, it no longer has the same impact.

“Big changes are gradual, almost imperceptible, but we’re in the midst of one,” says educator, activist and historian Anita Stewart, who has been writing about food in Canada for almost 40 years, and this year will see the creation of her namesake Alumni Food Laboratory at the University of Guelph, a multifunctional lab and teaching studio that will enable hospitality and nutrition students to learn innovative practices in food preparation, production and food science.

“Our food supply is among the best in the world and Canadian chefs, restaurateurs and even grocery chains with branding programs have adopted ‘local/regional’ foods as a point of differentiation,” she says. Even a generation ago, locally grown food was not commonplace on restaurant menus; today it’s almost a given that restaurants will support local farms and producers. Stewart sees that trend continuing, propelled by a rise in concern over the impact our food choices have on the environment. “Reducing the miles our ingredients travel has to be a factor,” she says.

“My hope for the coming decade is that the industry be more collaborative,” Stewart says. “Look down, on whose shoulders are we standing? Look beside, who’s travelling on a similar pathway? Look ahead, there are way too many silos and we need to build some bridges. We all, as consumers, need to be more grateful, introspective and well-informed advocates for Canadian agricultural and processing communities who are competing not only with the world, but increasingly devastating weather.”

“I probably check the weather three times a day,” says Ann Sperling, winemaker and director at Canada’s first biodynamic vineyard and winery, Southbrook Vineyards, in Ontario’s Niagara on the Lake, and owner and winemaker at Sperling Vineyards in Kelowna, B.C.

Covering two growing regions in Canada, she says our wine industry is flourishing, and yet all regions – Nova Scotia, Quebec, Ontario and British Columbia – have had challenges in recent years, much related to erratic weather. More investments are being made to develop technology to mitigate environmental instability issues; textiles to cover vines in colder regions, wind machines to minimize frost risk and irrigation for periods of drought are just some of those innovations. But there are still no systems in place to deal with crop failures, and government has been reducing its support for the industry, and agriculture in general. “There’s no bigger picture safeguard,” she says. “We’re more on our own.”

“The more people realize there is an impact on climate, that C02 levels are rising, the more people will start to make their buying decisions based on environmental impact,” Sperling says. The good news: By next year, B.C. will have one of the highest percentages of organic vine production in the world, at around 12 to 15 per cent.

Because, generally, we do not find wine as intimidating as it used to be, Sperling doesn’t see new cannabis legislation affecting the industry; the two fit a different niche in people’s lives. And much of the industry’s marketing is geared toward younger consumers, who have increasing buying power without the same biases of generations past. “They’re more inclined to try new things,” Sperling says, “and they think more globally in terms of how they spend their money.”

A shift in attitude toward food excites me. At home, people are paying attention to food waste and learning to cook more intuitively, approaching mealtimes from the standpoint of what’s in the fridge that needs to be used, rather than sourcing specific ingredients for a recipe they perhaps saw online. Home cooking is becoming more valued and less competitive. People are sharing more meals at home, and even at work. My hope is that we pay more attention to the way we talk about food; dietary regimes have become a means of self-definition – a set of rules to follow, a clan to be a part of, which creates the potential to become divisive.

A breakthrough year for one of Niagara’s most celebrated wine couples
Subscriber content
December 27, 2019 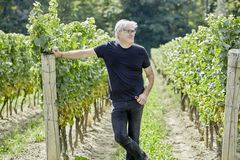 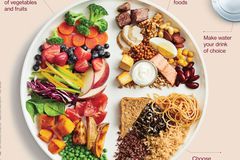 12 (mostly) affordable wines that will perk up your holiday leftovers
Subscriber content
December 18, 2019 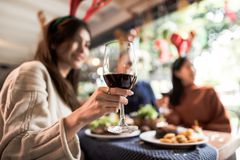