For the second time in three years, extensive wildfires in California wine country made news across the world.

Spurred by hot summer weather that made for dangerously dry vegetation, the fast-burning Kincade Fire started on Oct. 23 and raged for two weeks, torching nearly 78,000 acres within Sonoma County.

While Sonoma enjoys tremendous name recognition – it’s home to more than 400 wineries with nearly 65,000 acres of grape vines – the county only delivers roughly 6 per cent of the state’s total grape harvest. The recent fires were largely concentrated in a non-residential rural area comprised mainly of grass and brushland, but had a serious effect on Sonoma’s Alexander Valley wine region.

It affected a tiny fraction of a small percentage of California’s wine production.

The 2017 North Bay wildfires hit wine country harder – affecting Napa, Sonoma and Mendocino counties. The fires had a devastating impact, killing 22 people and destroying more than 5,600 structures including 11 wineries. Those fires were a small part of the documented 9,000 wildfires that blazed through the state, which forced the wine industry to look to adapt in a location primed to burn.

The second-generation proprietor of a family-owned collection of premium wineries including Cambria, Kendall-Jackson and La Crema, says that following the 2017 wildfires, which devastated the town of Santa Rosa where Jackson Family Wines is headquartered, plans were drawn up on how to respond should they ever face a similar situation.

It also strengthened the company’s resolve to take action against climate change. Earlier this year, Jackson Family Wines joined with the Torres family from Spain to establish International Wineries Against Climate Change to promote best practices and standard metrics for measuring progress.

“The fires in 2017 surprised us. We had never dealt with an emergency like that before,” Jackson explains. “We managed it effectively, but knew we had to put procedures in place.”

As soon as the recent wildfires ignited, Jackson says the winery was robocalling employees to establish contact and confirm their safety.

Some of the family’s wineries in Alexander Valley, including Stonestreet, Verite and Field Stone, were evacuated during the fire. Jackson’s sister’s house in Geyserville, Calif., and facilities at Field Stone were destroyed in the blaze.

“The good news is we were able to ensure our employees were safe,” Jackson says. “Crews were able to fight the fires more effectively because they didn’t need to worry if people were in harm’s way.”

According to Jackson, the timing of the fires was fortunate in terms of wine making. “Only 1 or 2 per cent of our grapes had yet to be harvested, which means the majority of the vintage was safely sealed in wineries.”

Unharvested grapes could be at risk from “smoke taint” as compounds from the smoke can be absorbed through the grape skins and result in undesirable aromas and flavours in the finished wine, such as wet cigar or chemical notes.

Not all grapes harvested in smoke will be adversely affected. It’s a complex issue involving the chemical composition of the fruit.

In a statement released Oct. 29, the California Wine Institute stated: “We expect no impact on the overall statewide 2019 winegrape harvest. Wineries in the North Coast and around the state are finished or were in the homestretch of the harvest prior to the fires.”

Jackson says the message to share with Canadian consumers is that Sonoma County is open for business. The Kincaid Fire coincided with a busy period for wine tourism. Local hotels and restaurants were faced with cancellations and lost revenue.

“Aside from buying that bottle of Sonoma County Cabernet, anyone interested in supporting the industry should know that we’re eager to welcome guests,” Jackson says. “Now’s a great time to visit California wine country.”

How do I politely ask a host to serve the wine I brought to a dinner party? Subscriber content
November 19, 2019 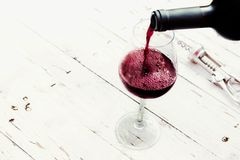 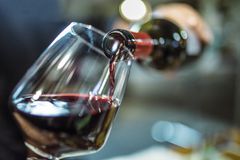 When should I use a decanter? Subscriber content
October 29, 2019 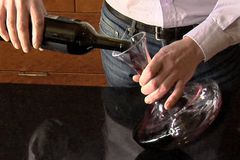