Making stuffing is a chore that some would rather avoid. But packaged stuffing mixes just don’t cut it, nor do the store-bought flavoured croutons; both are too processed and salty. If you just follow a few rules, though, stuffing is simple to prepare.

All breads work, although they change the taste and texture of the stuffing slightly. I prefer a neutral egg bread or a chewier-textured sourdough. The bread must be air-dried, as fresh bread makes for a soggy stuffing. Let the bread go stale for about two to three days, if possible. Drier bread gives more structure. Cube the bread or use bread crumbs depending on the texture you prefer. Cubes make a chunkier stuffing, bread crumbs a more uniform one.

If you don’t want a bread-based stuffing, there are other options.

Cornbread makes a dense, tasty stuffing. Crumble the cornbread and add cooked sausage or bacon. Oysters are a special treat with cornbread, but bake an oyster stuffing separately, rather than in the bird.

Quinoa is a healthy alternative. Add eggs to hold it together. Apples, cranberries, kale, spinach and onions are good choices with quinoa.

Brown or white rice stuffing absorbs flavour. Add cooked bacon, dried fruit, mushrooms, onions, ginger, herbs or other vegetables, and stir fry together. It tastes like fried rice in the bird. Slightly undercook the rice ahead of time if using for stuffing.

Use 1/2 cup to 3/4 cup stuffing for each pound of turkey. Don’t pack stuffing tightly; it expands as it cooks. Use ½ the amount of vegetables and protein to the amount of bread. Ten cups of bread needs five cups of other ingredients. The ratio is the same with grains.

Use eggs if you want a drier, more compact stuffing, or just liquid if you prefer a wetter texture. I usually add one egg plus liquid.

For liquids, choose stock or fruit juice to moisten the bread (apple juice is nice with turkey). Ten cups of bread take at least one to two cups of liquid, as well as an egg. With grain stuffing combine cooked grains with lots of veggies, herbs, fruit or cooked sausage. Stuff as is into the turkey. It will be a looser mixture than bread stuffing.

Use onions as an aromatic base but sauté them first. Any harder vegetable, like carrot, celery or fennel, needs to be precooked until softened slightly. Fruit such as chopped apple needs a quick sauté; dried fruit such as apricots or prunes should be chopped and added at the end.

If you don’t want to stuff the bird (especially if you have vegetarians or vegans at the table), bake it in a well-greased baking dish, covered, for 30 minutes, then uncovered for another 15 to 30 minutes at whatever temperature your turkey is cooking at.

Stuff the turkey just before roasting to avoid any type of contamination. After dinner, remove all stuffing from the bird and store it separately for the same reason.

If you use meat or poultry in a stuffing, precook the protein to make sure it is perfectly cooked through after roasting.

Leftover stuffing makes great savoury pancakes when combined with eggs. It also makes a superb strata using the stuffing instead of bread. To make turkey cakes, add finely chopped cooked turkey and a good dose of spice such as hot peppers, then fry until golden. 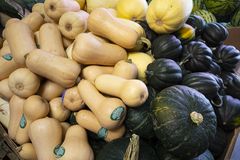 How do I preserve the herbs from my garden?
Subscriber content
September 22, 2021 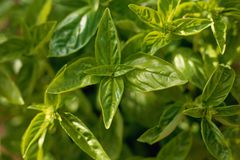 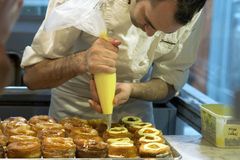