A warm, ombre corn tortilla that fades from blue to yellow arrives atop a circular marble platform inside a basket filled with dried heirloom corn. On top are two gleaming hunks of glazed sweetbreads garnished with paper-thin radish, jalapeno, onion and a few delicate microgreens.

According to the menu, this is a taco, but it may as well be called art.

“The taco is an extremely versatile and inclusive expression for the enormous diversity of Mexican cuisine,” Vallejo explains when I ask about his decision to include a taco on the tasting menu. “I think the differentiation between haute cuisine and popular cuisine, as well as high culture and popular culture, responds more to prejudices than realities. In Mexico, street cuisine is enormously sophisticated.”

Mexico City is a bustling, modern metropolis with over 20 million residents.

It’s a city with great diversity attracting people from every region of the country and immigrant populations from around the globe. It is also home to striking inequality. According to a 2015 Oxfam report, Mexico’s wealthiest one per cent earns 21 per cent of the nation’s total income, a percentage about twice as high as most countries in the world. In the capital, towering skyscrapers, sprawling mansions and the luxury stores of neighbourhoods like Polanco – home to Quintonil and another of the city’s noteworthy fine dining destinations, Pujol – sit side by side with low-income barrios.

Both the wealth disparity and cultural mash-up are evident in Mexico City’s culinary scene, especially in the breadth of its taco offerings. There are the al pastor tacos full of spit-roasted chili-rubbed pork available from a street stand for little more than the equivalent of a loonie each. And then there’s chef Enrique Olvera’s take on similar flavours – but replacing pork with aged duck – that is part of the $200 all-taco tasting menu at Pujol. To really appreciate this city’s sprawling options for eating out, a visitor needs to be prepared to sample both.

Even the most spontaneous traveller wandering the streets of Mexico City is likely to happen upon a great taco. Sidewalk carts and tiny storefront taquerias are everywhere, and rarely disappoint. But for a more in-depth, varied and, frankly, efficient exploration of what the city has to offer, there's Club Tengo Hambre, which runs tours for food lovers who ordinarily disdain them.

Club Tengo Hambre’s Mexico City Street Food Essentials itinerary takes hungry visitors on a tour of some of the best street eats the city has to offer, including blue corn quesadillas with huitlacoche and tlacoyos (a Mexico City specialty of masa stuffed with black beans and formed into a flat football shape before being topped with pickled cactus, onions, cilantro, smoky red salsa and cheese) and tacos filled with chile relleno, pork rib or beef. “In Baja, it’s really just seafood, in the north of the country, it’s beef and cheese. But here you have it all,” my Club Tengo Hambre guide, Mariana Gutiérrez, explains. “You have 20 million people with different tastes and backgrounds, so everything’s available.”

That range can be savoured via spot-on carnitas at the bustling Taqueria El Abanico. Or try the shockingly affordable and refreshing octopus tostada at the no-frills Marisquería el K-Guamo in the Centro Historico neighbourhood.

These street eats serve as inspiration for the fancy dishes at Pujol, which Olvera opened in 2000 complete with white tablecloths, formal service and hushed tones. Over the years, Olvera and Pujol rose to international fame, eventually headlining an episode of Netflix's Chef's Table. But Olvera grew tired of the starchy formality of his flagship and, in 2017, moved the restaurant to a new location with more casual decor and a greater emphasis on live-fire cooking that he felt better suited a modern Mexican restaurant.

At the bar in the new space, he decided to add an all-taco tasting menu.

Inspired by the experience of sitting at a swanky sushi bar in Japan, Olvera calls the menu a “taco omakase.” The name fits. Here, my 10 fellow diners and I are presented with one artfully plated taco at a time, each featuring premium ingredients and ready to eat straight from the kitchen, no extra salsa or cilantro required.

On my visit, the first taco of the night is actually a tetela, a white corn tortilla stuffed with beans and cheese and topped with a fiery salsa made of peanuts and dried chilis. It's a lively start and immediately reminds me of the blue corn tlacoyo I enjoyed courtesy of a three-generation team of women on a street corner a few days earlier. Two courses later, a sea-bass-belly taco with burnt avocado, yuzu and soy nods towards the city's small but culinarily influential Japanese population of about 30,000.

Next, my animated bartender and new best friend, Nancy, delivers a bright raw scallop tostada that seems to draw influence for its sesame oil dressing from the city's similarly sized Korean population.

The following seafood tostada – a specialty of Mexico’s Baja region in the northwest, bordering California – transports me to a meal at Contramar, the city’s undisputed see-and-be-seen seafood hotspot.

The subsequent course is the duck al pastor. I can't help but snap a pic of this beautiful blue corn tortilla that appears hewn from granite, cradling crisped duck, grilled pineapple, rings of pickled onion and fragrant herbs. Traditional al pastor tacos at the best spots around town like El Huequito or El Tizoncito aren't nearly as clean and pretty, their fire-roasted meat rolled into grease-soaked white corn tortillas along with green and red salsas, roasted onion and pineapple, but each is equally delicious.

Al pastor tacos are, undeniably, the city's most popular eats and have their roots in one of Mexico's waves of international arrivals. Migrants from the Middle East have been coming to Mexico since the end of the 19th century but appeared en masse in the early 20th century after the fall of the Ottoman Empire. Mostly Christians from Lebanon, they initially settled in the city of Puebla where the traditional lamb shawarma slowly morphed into a cylinder of pork and picked up local flavours from chilis and the red-tinged spice achiote. In Puebla, many taquerias still serve this spit-roasted pork on pita-like bread, making what is referred to as tacos al arabes, the first cousin of al pastor.

The culinary potential of all these shared influences didn’t come fully into focus until that sweetbread taco at Quintonil. The dish is named “Ode to the Cocuyos,” a reference to chef Jorge Vallejo’s favourite local taqueria, where I happened to finish off my tour with Club Tengo Hambre.

Vallejo’s taco is overflowing with flavour. The sweetbreads explode in your mouth, coating the tongue with spice and a burst of sweet fat. The tortilla itself tastes like 20 ears of corn distilled into one small pancake. The chef’s inspiration, though, is arguably even better. The most popular taco at Los Cocuyos is the campechano, a mix of spicy sausage, thin slices of tender brisket crisped up in bubbling beef fat and a few crunchy slivers of tripe, all topped with diced onions, cilantro and a bright avocado-based salsa.

You can have about 200 of those campechano tacos for the price of a meal at Pujol or Quintonil. Or you could just devour it all. 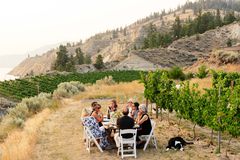