It’s April. Swiffers are out in force. Mighty Dysons are roaring. The piquant smell of Windex is in the air.

Or maybe that last part is just the scent of stale vermouth you’re using to mix yourself a congratulatory martini for all the housework you’re going to do. In the spirit of spring cleaning, may I suggest you devote a few minutes’ attention to sprucing up your liquor cabinet, too? It probably needs help.

Contrary to popular belief, most classic ingredients in a well-stocked booze pantry do not age anywhere near as well as Sharon Stone. At least not if they’ve been opened and the fluid level has been sitting below the bottle’s shoulders. This is rarely a safety issue. It’s a question of flavour.

I’ve had experience with zombie bottles. As you might imagine, there is an ocean of open hooch in my home which, as far as my relationship with Canada Revenue Agency goes, is called tax-exempt research. Inventory control for a scatterbrain like me is a challenge. I am routinely unearthing expired liqueurs and spirits that I subsequently am forced to dispatch to a box in my cellar known as the morgue of banana-flambé duty.

Permit me to offer a few guidelines for best-before imbibing. In each case, staleness accelerates in proportion to the fluid volume drained from the bottle. The halfway mark should be treated as a red flag. If it’s been exposed to high heat or direct sunlight for a prolonged period, all bets are off.

Dump it after four or five months. Many people assume this aromatized wine lasts forever. Here’s what celebrity cook Nigella Lawson wrote about white vermouth in her book Nigellissima: “It costs no more than wine, it comes with a screw-top and can be kept for as long as needed in a cupboard; thus, you can, in effect, create wine flavour in food without having to uncork a new bottle.” That last line is crucial; she’s cooking with it, not drinking it. There is not enough alcohol in either white or red vermouth to keep it from going stale. But old white vermouth in my experience makes a decent liquid for poaching sole or trout.

If you can blow dust off the bottle, you need to sink it. Dry sherry styles such as fino and manzanilla are moderate in alcohol and best within four or five days after opening. Sweeter styles, such as oloroso or cream, which tend to contain more alcohol as well as a lot of protective sugar, can, like port, be fine, if not always exciting, for up to five or six weeks.

Whisky, brandy and rum, while durable, clearly change with long-time exposure to oxygen. Leave a small pour in a tumbler on the kitchen counter for a day or two and you can accelerate the effect to show what happens. As alcohol evaporates more quickly than water, the remaining liquid becomes more syrupy, caramel-like and cloying. The effect in a half-empty bottle that’s been recorked is far more subtle, of course, but after two or three years the decline should be noticeable to most alert drinkers. In my experience, oxygen’s assault is most pronounced with heavily peated whiskies.

Baileys, RumChata, Amarula and other creams

Paradoxically, these are not the worst offenders on the average bar cart when it comes to lifelessness. The cream is homogenized with alcohol, so it’s basically embalmed. Baileys, for example, touts that its products stay perfectly fresh for two years, whether refrigerated or not, so long as they have not been frozen or heated above 25 C. (The best-before date is printed on the bottom of the back label.) RumChata can reportedly do fine for more than a year on a counter and you don’t have to worry about the cream ever going rancid. But with some products in this category, I think you’ll find the spices and other flavourings will lose vibrancy as months wear on. Personally, I’d store them in the fridge and consume within a year.

Non-cream, sweet liqueurs, such as Ricard, Pernod and Campari, which are all above 20-per-cent alcohol, are in theory about as stable as brown spirits. But many are flavoured with such ingredients as nuts and fruit, making them more vulnerable. Give them no more than two years if you can.

Anything under 18-per-cent alcohol, such as fashionable Aperol, of “Aperol spritz” fame, should be kicked to the curb within six months.

I’m going to suggest the same range here as for brown spirits: two to three years. But my recommendation comes with a disclaimer. Gin within a five-kilometre radius of my lips never lasts long, so I’ve never had an open bottle long enough to perform a conclusive experiment.

Good news. High-alcohol cocktail flavourings such as Angostura and Peychaud’s can survive indefinitely. Besides, you’re just adding a dash, not drinking them.

More good news. The flavourless white spirit is essentially water and alcohol (with traces of sugar and flavourings if you drink the questionable stuff). In other words, it’s immortal. But if you crave a vodka martini, you’ll still have to buy a fresh bottle of white vermouth.

Why wineries are finally starting to name-check their vegan wines
Subscriber content
April 26, 2018 Ten old wines you can afford to get your hands on
Subscriber content
March 28, 2018 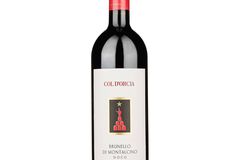 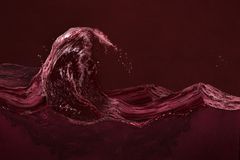