When a team of scientists led by Enrico Fermi produced the world’s first controlled nuclear fission chain reaction in Chicago on Dec. 2, 1942, they marked the start of the atomic age by quietly sipping red wine out of paper cups. For posterity, each scientist signed the straw wrapped around the base of the green bottle of Bertolli Chianti, which, at the time, was one of the world’s most recognizable wines.

A bottle of Bertolli Chianti is also featured in an exhibit at the Smithsonian Museum of National History in Washington. In Food: Transforming the American Table, the wine is included because it was a staple in mid-century “red sauce” restaurants and the drink of choice for college intellectuals and beatniks at a time when few North Americans drank wine outside of those circles.

Bertolli wasn’t the only brand of Chianti to come in its signature fiaschi, round bottles covered in woven baskets, but it was one of the most successful. Produced by a family known for its olive oil and pecorino cheese in the small commune, Castellina in Chianti, Bertolli expanded into the wine business to satisfy the appetites of Italian immigrant communities in North America. The bottles, which withstood damage in transit, were the ideal vessels to transport a taste of home across the Atlantic.

But as Chianti became a mass-market product, its quality suffered. To meet demand, vineyards were overworked and the traditional Sangiovese wine was watered down with nondescript white wine, resulting in a thin and sour-tasting blend. By the 1980s, when Bertolli stopped making Chianti, few were sad to see it go, least of all other winemakers who were already plotting Chianti’s comeback.

One of the better-known characters in this reform movement was Sebastiano Cossia Castiglione, whose father founded Querciabella. “Castiglione converted Querciabella to organic viticulture in 1988, eight years before the Chianti Classico DOCG was even formed,” says Giorgio Fragiacomo, global sales director of the renowned winery. “There was a lot of indiscriminate use of pesticides, herbicides and insecticides back in those days, but he convinced his father and he convinced the workers to stop, because he believed that, fundamentally, it was wrong to poison the land and the people who are working the land.” In 1996, “Chianti Classico” was promoted from a subzone to a separate DOCG, or Denominazione di Origine Controllata e Garantita, the highest wine classification in Italy.

Querciabella is a remarkable winery, especially given that, after its conversion to organics, it went on to establish vegan viticulture and serious biodiversity initiatives. But it’s far from the only winery in the region with a longstanding commitment to sustainability, tight vineyard management and a low-intervention winemaking approach. Badia a Coltibuono also started its conversion to organics in the 1980s and others, such as vegan-friendly Villa Calcinaia, followed suit not long after. More than 30 per cent of Chianti Classico’s wineries are organic today, with many others continuing to convert.

The ethos of the Chianti Classico DOCG is responsible for a regional style that lets the grape tell the story. That tale tends to be one about fresh, bright and perfectly dry juice with tart cherry, herbal and currant notes, all blended in flawless balance.

“I am genuinely obsessed with it,” says Christina Hartigan, wine director of Gooseneck Hospitality in Vancouver, a restaurant group that includes Wildebeest and Bufala. “I always have a spot for Chianti Classico on the list, because it bridges a lot of wine drinkers. It’s got the lightness and elegance and fruitiness that a pinot noir drinker might enjoy but you still have that structure and tannins and that ability to stand up to a bigger meal. So it’s this lovely and interesting wine that pleases a table, even with a range of tastes.”

It’s as though the Chianti reformers anticipated today’s shifting wine tastes three decades in advance. Today’s drinkers are moving away from weighty, woody, fruit- and alcohol-bombs in favour of fresh, food-friendly and youthful wines. The change coincides with a new appreciation for the simplest of Italian dishes such as a perfectly cooked Tuscan artichoke or stale bread turned into a salad by adding fresh tomatoes and a splash of local olive oil.

“It’s all about knowing how to coax it out,” he says, “And we do the same with the grape.”

A stay-at-home tasting of Austrian wines in Ontario points to the future of wine events
June 9, 2021 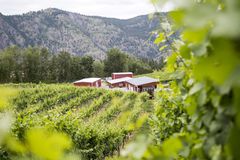 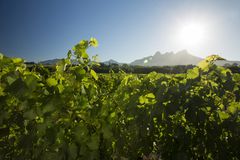