The first time I tasted a baba au rhum was in pastry school. We had been learning the French classics such as éclairs and St-Honoré, and eventually tackled this bread-like cake, heavily infused with a boozy syrup. The dough is essentially a brioche mixture with so much butter added to it that the texture becomes soft and oozing. It needs to be piped, like a thick cream, into doughnut-shaped moulds for baking. After the crust has taken on a tawny colour, the cakes are flipped out of their pan to dehydrate in a low oven. Once cooled, they are soaked and soaked for days like a sponge, swelling until every crumb is saturated. In keeping with tradition, the cake is painted with a glossy glaze and then topped with crème Chantilly, fresh cream whipped with vanilla.

As I took a bite of my first baba in class, the cake flooded my palate with the fragrant syrup, carrying hints of citrus and vanilla. When it intermingles with the cream, the bittersweet heat of the rum softens. I was surprised that such elegance came from what initially seemed like a bloated bun.

Get inspired for the holidays with the Style Advisor: November 2019 edition

Since its invention in the 18th century, the baba au rhum has been considered a monument in France’s culinary legacy. Its origins have taken on a mythical quality. Some say the name derives from babka, another yeast cake from Eastern Europe. Others say that Stanislas I, the exiled Polish king for whom this dessert was first made, happened to be reading a Middle Eastern folk tale in One Thousand and One Nights at the time he tasted it and named it after a character, Ali Baba.

What seems to be consistent is that after Stanislas I was dethroned, he settled in Alsace, where one of his pastry chefs, Nicolas Stohrer, doused a stale yeast cake with Malaga wine. When his daughter, Marie Leszczynska, married King Louis XV, she took Stohrer and the recipe with her to Versailles, and, somewhere along the way, rum replaced wine. In 1730, Stohrer opened his famed pastry shop on Rue Montorgueil, where it still exists as the oldest pâtisserie in Paris, selling that same baba au rhum.

For French chefs today, the baba’s rich past makes it ideal for reinvention. “It’s a cake so rooted in Parisian history that we wanted to reintroduce it with a modern palate in mind,” says chef Cyril Lignac, who is known for creating one of the French capital’s best babas. He says that, for him, it was crucial to respect the tradition of the pastry, while adding contemporary touches. It takes him three days to create his version, which he decorates with an artisanal French cream spiked with vanilla-infused bourbon.

Pâtissier Yann Couvreur takes a more audacious approach, replacing the rum with unconventional syrups such as elderflower to impart more flavour and balance sweetness. Inspired by a cake his mother used to make, he also created a version with riz au lait, a creamy rice pudding, placed in the centre. For Couvreur, the most crucial step to making the perfect baba is in the proofing of the dough. “The more slowly it proofs, the more silky the baba will become,” he says. “The crumb will be finer and nicer.”

Despite their different techniques, most chefs agree that the best babas are never too sweet, have an airy crumb and, above all, are very well imbibed. Of all the iterations I have tasted over the years, the one by Alain Ducasse has never been surpassed, and I recently returned to Benoit, his Michelin-starred restaurant, to see if it still stands up.

The historic bistro had been family run since 1912, guarding its recipes closely, until Ducasse took over in 2005. The location was as charming as I had remembered, a perfect mélange of lace curtains, time-worn floors and brass hooks for hats and daily newspapers. After a lunch of gougères, velouté of spring peas and duck confit, I passed on the cheese course and put in my order for dessert. Two generous slices of cake arrived, set on one side of the plate in anticipation of the cream, which was dolloped out liberally from a chilled silver canister. Bottles of Armagnac, one younger and fruitier and the other deeper with caramel notes, were placed on the table. I choose the latter and it was drizzled onto the cake.

The baba was delicious – rustic and yet delicate. The cream was whipped to the perfect consistency, just holding its shape but drooping slightly on the plate. When drenched in the spirit, its sweetness was balanced with spice. Though Benoit’s dessert is technically a Savarin (the same cake infused with a different spirit, in a bundt-shape instead of a Champagne cork-shape) the difference between the two desserts has become so blurred, they are now interchangeable. And after a few boozy bites, who would notice?

This is the recipe for the very first baba au rhum I tasted in pastry school. It was adapted for the North American kitchen and first published in my book, The Measure of My Powers: A Memoir of Food, Misery and Paris.

For the baba cakes

Place the flours, sugar, salt and yeast into the bowl of a stand mixer fitted with a dough hook, being sure to keep the salt and yeast separated in the bowl (salt kills fresh yeast when they are in contact with each other, so it is best to keep them apart until you are ready to mix). Whisk the water and eggs together in a pitcher and set aside.

Start the mixer on low speed and pour ⅓ of the egg mixture into the flour mixture. As the flour and egg begin to incorporate in the middle with a ring of flour along the edge, add ⅓ more egg mixture and gradually increase the speed of the mixer to medium, incorporating more of the flour into the egg. Once it becomes incorporated again, add the remainder of the egg mixture and allow the mixer to fully incorporate the remainder of the flour into a dough, scraping the sides of the bowl and the hook as needed. Once the dough comes together (it will be soft), bring the speed of the mixer back to a low speed and begin to add the melted butter, little by little until it is fully incorporated. Knead on medium speed for another 2 minutes.

Place a piping tip ½-inch in diameter into a piping bag and fill it with the dough. Place a set of 12 silicone 2½-inch Savarin molds on sheet trays and pipe in the dough, dividing it roughly among the molds. There should be enough dough to come just above the indentation in the Savarin mold but not cover it.

Cover with plastic wrap and allow to rise in a warm place (such as your oven turned off with just the light on) until the dough doubles in size, about 1 hour. If you are proofing the babas in the oven, remove them and preheat the oven to 325F.

When the oven is ready, place the babas in the oven and bake for 10 minutes, then rotate the pan and bake for an additional 10 minutes. They will be light golden brown on the undersides. Remove the pan from the oven and carefully remove each baba from the mold. Place them on a rack on top of a sheet tray and return to the oven for 10 more minutes to evenly brown the crust. Turn the oven off without opening it and allow the babas to dry for 1 to 2 hours or overnight. Cool them to room temperature and store in a dry place until you are ready to soak them.

Place all the ingredients in a large pot and bring the mixture just to a boil or until all the sugar crystals have dissolved. Pour the syrup into a large casserole dish and allow it to cool to room temperature. Once the babas are at room temperature, place them in the syrup in a single layer. Allow them to soak on one side for a day, and then flip them to soak on the other side for another day, keeping them refrigerated throughout the soaking process.

For the crème Chantilly

Whisk together the cream, sugar and vanilla bean seeds until the cream creates stiff peaks. Place in a piping bag fitted with a large star tip.

A bottle of great aged rum

Place one soaked baba in a shallow bowl with the well facing up. Drizzle with a few tablespoons of the remaining syrup. Pipe a rosette of crème Chantilly into the centre of the well and serve alongside a bottle of great aged rum. Drizzle on the rum to taste. 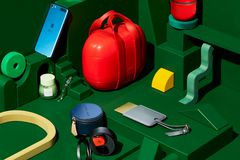 How do you make a Christmas fruitcake?
Subscriber content
November 13, 2019 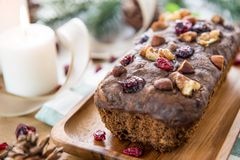 Get inspired for the holidays with the Style Advisor: November 2019 edition
Subscriber content
November 12, 2019 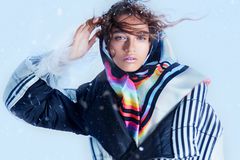