The holiday countdown’s about to begin. Fancy a festive beverage but not sure what to pour? There’s a calendar for that.

Alcohol Advent calendars are popping up like this year’s boozy version of a Tamagotchi digital pet. Well, maybe not quite, at least in Canada, where liquor boards often embrace booze trends with the speed of a no-horse open sleigh. But they’re catching on, taking up where traditional calendars featuring chocolates, photographs or Bible verses leave off.

You may be familiar with the basic design: a paper card or box with flaps covering each day in the Christian season of Advent leading up to Christmas. The imbibers’ versions, usually labelled from Dec. 1 to 24, feature punch-out circles that cover hidden cubby holes bearing a single-serve bottle of liquor, beer or wine.

Read more: Beppi Crosariol’s wine etiquette 101: How to properly get from bottle to table

“This is designed to take people on a Scotch-whisky adventure,” says Jonathan Bray, who runs Calgary-based Secret Spirits with wife Cindy and produces the super-luxe Scotch Whisky Advent Calendar. Available this year for the first time across Canada as well as the United States, the product has grown substantially in sales since first launched in Alberta five years ago, says Bray, who trademarked the Scotch-specific concept for North America (there are other, more general whisky Advent calendars on the market).

The solid, six-kilogram box contains 25 mini bottles – at 50 millilitres each – of single-cask and limited-edition whiskies plus what Bray calls “toys” that include a specially designed tasting glass, collector’s lapel pin and booklet describing the drams. To compile each year’s assortment, Bray travels to Scotland to select unique casks of mature spirit from various producers. Then he moves the casks to a warehouse in Glasgow where he bottles them himself.

“They’re not the usual suspects,” he says of the offerings, which he declines to reveal because it would spoil the surprise, only to say that all the familiar Scotch regions are represented. “They’re whiskies you haven’t had before and will never have again.”

Priced at $399.95, the fifth edition is available in retail stores across most of Canada, with the exception of Ontario, where it’s available only for direct shipment via the website secretspirits.com, as is the case for U.S. customers. The price may seem steep, but Bray says the spirits are rare and include, for the first time this year, two pricey whiskies more than 30 years old. That stands in contrast to many other spirits calendars that contain small bottles of standard brands of whisky, gin, tequila and rum.

Bulkier in size, but no less interesting is the Craft Beer Advent Calendar, a collection of 24 bottles – averaging 350 ml each – from 12 countries, one for each of the first 24 days of December. Don Tse, who holds the title “official beer taster” for Calgary-based Craft Beer Importers Canada Inc., which packages the product, says each of the brews in the box has never before been available in Canada. Most were produced specifically only for the calendar.

This season marks the first time it will be offered in each province and territory, ranging in price from $150 to $180. As with the Scotch calendar, Ontario residents are out of luck when it comes to LCBO in-store purchases; it was made available to Ontarians only for direct shipping from the online store craftbeerimports.ca, but those orders have already been closed off due to limited inventory.

What’s inside? “We do like to keep it a surprise,” Tse says, revealing only that the main stylistic categories, such as pilsner, India pale ale and sour, will be represented. “But I will say that I’m an uber-beer geek. I’ve had over 20,000 beers in my life and I’ve never been as excited about the calendar as I am this year. The quality of the beers is amazing.”

Since it’s launch seven years ago, it’s been joined by a few other beer entrants, including Ottawa’s Craft Holiday Beer Calendar from Nita Beer Co., containing 24 cans from a selection of brewers in the nation’s capital ($111, nitabeer.com) and the 24-bottle Alpine Adventure Pack from British Columbia’s Central City and Parallel 49 breweries, described as an “Advent-style mixer pack” that conceals each bottle behind a numbered date ($64.99 to $75 in British Columbia, Alberta, Saskatchewan and Manitoba).

Meanwhile on the wine front, Canada appears to be lagging far behind Europe and the United States, where the category has blossomed with myriad choices, such as the Wine Advent Calendar from U.S.-based home-delivery company Direct Wines, containing a global selection of styles, from Rioja to Bordeaux. There are also the Virgin Wines and Aldi Stores calendars, both shaped like a Christmas tree. And my favourite: the Superstar Sparkling Advent Calendar from British retailer the Pip Stop containing an assortment of proseccos, cavas, Champagnes and other fizz in cute airplane-sized minis.

I contacted more than two dozen Canadian importers, none of whom had plans for wine calendars in Canada, with the exception of one who is working toward securing an Ontario liquor-board listing for a calendar from French wine producer J.P. Chenet, to be made available for the 2019 holiday season. That said, Alberta retailer Willow Park Wines & Spirits has just compiled the 12 Wines of Christmas variety box containing an international selection, priced at $259.99 plus tax and available through willowpark.net. And there may be others.

At those prices, and with such elaborate packaging, the products can seem more suitable for luxury gift-giving than timekeeping. Bray in fact says 70 per cent of his customers place his whisky calendar under the tree. “It’s the Scotch enthusiasts who do it before as a countdown.”

Tse says the craft-beer calendar, too, is a big item for Dec. 25, but also gets unwrapped long before judging by the audience that tunes into the BeerAdvent Facebook page to watch national beer personalities offer daily assessments beginning Dec. 1.

My only question is: Do people have the patience to open just one bottle each day? “Some people cheat,” Tse says. “And that’s okay.”

I’m not sure Santa would agree. 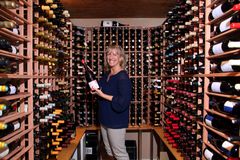 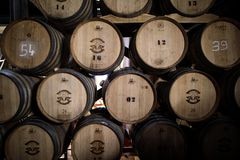 Why we love – and hate – the world’s top white grape
Subscriber content
November 9, 2018