For the first time, a Canadian table wine has received a 100-point perfect score. The 2015 Little Pawn Chardonnay made by winemaker Philip McGahan at CheckMate Artisanal Winery in Oliver, B.C., won the accolade from author and wine critic John Schreiner, who wrote, “It is impossible to find anything negative about this wine.”

The award is a vindication for CheckMate’s proprietor, Anthony von Mandl, who started as a twentysomething wine importer in 1970s Vancouver. He has made everything from fruit ciders to Mike’s Hard Lemonade – transforming the Canadian beverage-alcohol industry along the way – in his quest to produce international-quality wine in the Okanagan Valley. Von Mandl shared with The Globe what the perfect score means for his winery, and for the Okanagan.

Your goal with CheckMate was to produce Burgundian-style chardonnay in the Okanagan Valley. What makes these Okanagan wines so special?

The Okanagan Valley, in my mind, is halfway between the New World and the Old World. The backbone of what we have is this tremendous natural acidity. With all the incredible geological activity we’ve seen in the valley, it gives us, even within single plots, an amazing variety of soils, and a complexity in the fruit. We can do things in an Old World way, making elegant wines you can enjoy with food that don’t have that huge alcohol and body. We’re really trying to express the grapes and the soil, as opposed to using oak to provide flavour.

I have heard you call CheckMate a “climate-change enabled winery.” What do you mean by that?

We brought in Dr. Gregory Jones from Oregon, one of the pre-eminent experts on climate change and viticulture. He said Napa is the ideal place for growing cabs and table grapes … but it has shifted north for chardonnay.

The Okanagan is unique, because everybody thought it was cool climate, but it’s not! It’s quite warm in the summer, but it has this short growing season and these crisp evenings and falls and springs. We have among the lowest rainfall of any wine-growing region in the world. If you get rain in the fall you have all sorts of challenges, but our fruit is so pristine and clean, and we do so little to the grapes, because the winter kills so many of the bugs. Within two years all our farms will be 100-per-cent certified organic. We’re seeing such change in the grapes already. The flavours are more intense.

This is not the first time a chardonnay has put you on the map, is it?

I bought an old Okanagan winery – one of only five at the time – in 1981, and it was so many years of hardship. The first time I thought my dream had legs was in 1994, when we got a call from somebody from the International Wine and Spirit Competition saying our Mission Hill Chardonnay had won top chardonnay in the world. I thought it was a joke and I hung up. This was after 13 years of everyone telling me, no matter how good the wine was, that B.C. wine was undrinkable and they’d never buy it. But the worst words you can say to me is “It’s just good enough” or “It can’t be done.” Those are just red flags to a bull.

That was [winemaker] John Simes’s first vintage after he arrived. He was New Zealand’s top winemaker and I somehow convinced him to come over in 1991 and join us, even though we had really no money. And he discovered this vineyard, the Dekleva Vineyard down in Oliver, which is part of CheckMate today and has that amazing clone of chardonnay.

While I was in London accepting the award, I got a call from the winery saying that the roof might collapse, and we didn’t have any more money to fix it. That’s how tight things were. It’s no different than making great wines. If you plant vines in fertile soil, you’ll never get something exceptional out of it. The vines kind of have to suffer, and I guess so did I.

Your wineries have dramatic architecture, food and art that has really raised the cultural bar in the Okanagan. What inspired you?

The really formative period for me was when I was 9 and my parents took us back to Europe. I was put into school in Switzerland. My uncle was a well-known artist in Prague and being thrown into the arts and design and painting and music and food, particularly, was very, very formative. It left me with this commitment, to build for the long-term, for the people that will be here after us.

That’s why I work with people like Tom Kundig, this [Seattle-based] starchitect who is so down to earth. We are building what will be a real jewel of a winery.… We are building for 100, 200, 300 years. If you knew that your children’s children’s children would live in the home you built today, would you build it differently? That’s what we’re doing.

What does this 100-point score mean for the Okanagan and for Canadian wine?

As in 1994, that gave other wineries courage: that we can do extraordinary things and surprise the world. I’m hoping that the work we do that nobody else is doing – with our five viticulturalists and our technical centre and drones to map our vineyards – I’m hoping it will encourage others to do the same and bring more expertise in.

Will people pay $100 for a Canadian wine?

The challenge is we don’t make a lot. You can only buy CheckMate at a few top restaurants across Canada, or at the winery. We want to make sure CheckMate wines go to people who really care. This pristine valley and these beautiful lakes are one of the most beautiful, not just wine regions, but regions of the world. I don’t think we have really valued it enough and we certainly don’t charge enough. Our wines are a bargain. 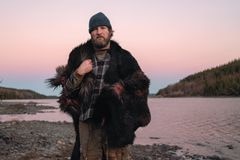 How long does an opened bottle of port last? Subscriber content
May 10, 2019 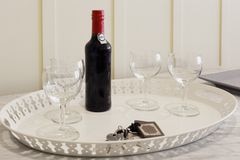