When I was about 10, I was at a party, my friends and I sitting cross-legged on the living room carpet watching the birthday girl’s mom cut the cake. As she passed out slices, she announced to us all, “None for Julie, because she’s too fat.” It was my first public shaming (and far from my last). I sat awkwardly as my friends ate their cake in silence, glancing over at me with confused pity as I tried hard not to cry.

I was the only member of my healthy, active, mostly junk-food-free family who was visibly heavy. Over the course of my life, I’ve spent more physical and emotional energy attempting to wrangle my body down to a socially acceptable size than on anything else. Basic calorie counts became as deeply ingrained as basic math. Moving from diet to diet over decades, I was constantly on the lookout for social situations and the inevitable food they came with, approaching life from a standpoint of risk management and damage mitigation: How would I get through the holidays/a movie/the weekend without eating more than I should? Would it be weird to bring this frozen Jenny Craig entree to my boyfriend’s house for Sunday dinner? Who am I letting down by eating this cookie? It’s hard not to buy into the idea that your body is a physical manifestation of poor judgement and lack of self control. But I’ll tell you this: Guilt is a terrible motivator.

And yet, one healthy-eating buzzword that continues to endure is “clean”– with its virtuous connotations, it certainly plays into all the usual guilt traps we have around eating. And even though diet culture has evolved since my first trips to Weight Watchers in the eighties – calorie counting is no longer the primary activity, and the focus has ostensibly shifted toward being healthy and strong – the guilt and shame associated with food have not dissipated. For as long as people have had the freedom to choose what they eat, food has been classified as good or bad: Fresh fruit and vegetables are righteous, while desserts, snacks and sweets are sinful, guilty pleasures. Although specific diet programs have come and gone, and we fancy ourselves progressive in the ever-broadening realm of wellness, guilt remains widely accepted as a normal reaction to food: We say we’re “being bad” for eating a cookie, and then there’s “cheating” – how so many of us commonly refer to straying from an intentional diet plan.

So what exactly is clean eating? It’s an amorphous term applied to a wide swath of dietary beliefs, popularized by increasingly influential social-media personalities, that has no clearly defined set of rules. Clean is an abstraction so broad and so culturally intertwined with ideas of purity and goodness, it makes an easy selling point whether you’re promoting keto, paleo or an Instant Pot. Who wouldn’t want to be absolved of all the guilt associated with food?

The overarching idea – a well-intentioned one, rooted in enough practical, back-to-basics common sense to make it easy to buy into – is to avoid heavily processed foods. But most cookbooks, clean or not, generally call for whole foods anyway. “I don’t like the term clean eating; I don’t like what it’s associated with, and that it’s so ambiguous,” says Raj Bhardwaj, a family physician in Calgary and CBC Radio columnist who discusses medical issues each week. “The idea of clean eating gets lumped in with all these completely pseudo-scientific concepts that have zero scientific evidence.”

Although at one time weight-loss programs were marketed specifically to those wanting to drop pounds, dietary regimes today claim to treat virtually any condition, from gastrointestinal distress to eczema to sleeplessness. The number of Canadians who devote themselves to specific dietary practices is increasing – and according to a recent study from Dalhousie University in Halifax, 32 per cent of us are committed to some sort of structured diet regime. “Who is a candidate for using this program? Everyone who lives a modern life, eats a modern diet, and inhabits the modern world,” writes New York cardiologist Alejandro Junger in promotional materials for his book Clean: The Revolutionary Program to Restore the Body’s Natural Ability to Heal Itself.

The evolution of temporary diet to all-encompassing lifestyle perhaps reflects a general desire for a structured belief system – a set of rules by which people can define themselves. Suggesting there is a “clean,” or moral, sanitary, blameless way of eating, relies on the existence of the opposite: a sinful, corrupt, impure approach to food. When what we choose to eat is classified as good or bad, the label applies not to the food itself, but to the person eating it. A doughnut or cupcake is not good or bad in and of itself – it must be eaten to have an impact – and so it becomes the act of eating that’s virtuous or shameful. We are what we eat, and all that.

According to the Global Wellness Institute, the wellness industry worldwide is worth an estimated US$4.2-trillion, with sectors related to healthy eating, nutrition and weight loss accounting for more than US$702-billion and North America responsible for the largest market share. And yet that same industry, specifically when it comes to weight loss, has had a minuscule success rate. Studies consistently show that around 5 per cent to 10 per cent of those who try will succeed at losing weight and actually keep it off. If there was any other product that failed so spectacularly almost all the time, it would surely tank, but the weight-loss industry continues to prosper largely because it relies on its customers blaming themselves and their own perceived shortcomings rather than the regime they’ve bought into. The industry thrives on guilt. It’s no surprise that the marketing terms we’ve come to associate with healthy eating – such as “natural” and “clean” – are ambiguous enough to fit our own subjective definitions and ideals. It comes down to this: When we buy into ideas such as clean eating, we feel like we’re making a good choice, one we don’t have to feel guilty about.

A backlash against clean eating rose up in 2015, when Nigella Lawson famously criticized the concept. It implies “any other kind of eating is dirty or shameful,” she said on the BBC’s Radio 4. "I think that food should not be used as a way of persecuting oneself and I think, really, one should look to get pleasure and revel in what’s good rather than either think, ‘Oh no, that’s dirty, bad or sinful’ or that ‘eating is virtuous.' … I don’t like people feeling they’re better people themselves for the way they eat. … I don’t think [food] should ever be a status symbol.”

In 2017, a story in the Telegraph proclaimed “clean” had reached its inevitable peak. Yet, the word continued to pick up steam, used by food evangelists promising cure-alls in exchange for devoted dietary stringency. Search for “clean” on Amazon and there are more than 8,000 results in the cookbook category. Use of the hashtag #cleaneating has increased by 60 per cent in the past two years and has been used more than 43 million times on Instagram (with #eatclean and other similar tags in the same ballpark), spurred by attractive celebrities and influencers such as Paltrow, with charisma, large followings and personal experiences that trump professional expertise.

Eating is at the very core of our being; it’s a very personal thing, reflective of our tastes and feelings, our environments, cultures and pasts. We use food to celebrate, socialize and comfort. Our eating habits are learned, and to encourage a broad and divisive food culture that turns the act into a moral issue is damaging. Characterizing some people as wholesome, strong and righteous based on what they eat invites discrimination toward others who are in turn perceived as weak, lazy or morally corrupt. And when physical appearance is taken as a tacit indicator of one’s overall health or eating habits, a whole subset of our community is stigmatized.

There is nothing virtuous – nor anything unscrupulous – about a bowl of quinoa or a chocolate cupcake. If eating or not eating certain things works for your body or belief system, eat them or don’t eat them. To understand and accept that all bodies operate in different ways, with wildly varying tastes, appetites, energy and satiety levels – and that goodness can’t be bought – is the only way we can all have our cake and eat it, too.

Why do alcoholic beverages not have nutritional labels?
Subscriber content
March 22, 2019 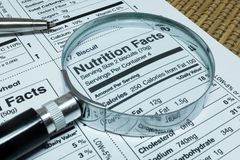 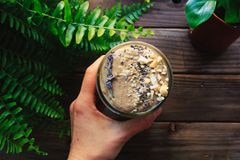 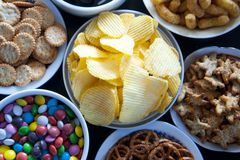