Here is some medium-rare advice. If your wife gives you a brand-new barbecue for, say, Father’s Day, 2017, and finally gets around to actually purchasing it in June, 2018; and if it is an extremely fancy and well-researched barbecue, such as the Napoleon Prestige 500, which blasts 80,000 BTUs and boasts 900 square inches of cooking surface while slinging a ceramic infrared Sizzle-Zone side grill and rotisserie and a Bluetooth thermometer that calls your mobile phone when the meat’s about done; and – this is the crucial bit – if it arrives from the shop only semi-assembled, with the jets and fuel tubes clamped into the top of the grill but with the rest of the barbecue (side burners, cabinet, doors, hoses, heat deflectors, etc.) deconstructed, and therefore spends an entire week sitting in its huge box under a tarp in your backyard so the rain doesn’t ruin it, fellow griller, do this: Hire someone for as little as $65 to assemble your barbecue for you. Do not wallow in false dad pride and attempt it yourself as I did, especially if you do not have an advanced degree in mechanical engineering.

I spent a recent Sunday, from 8 in the morning until 8 at night, with one break, trying to assemble my new barbecue, and can say this about my new outdoor cooking station: It was well-packed. Each separate component (cabinet, doors, side panels, wings, grills, hardware, knobby things, lighter mechanisms, casters, grease collectors, endless packets of screws and fasteners) came in its own box within the large box, and within a plastic sheath within the inner box. I spent only slightly less time folding and binding bales of cardboard and plastic – about 30 pounds worth, in the end – than I did assembling the barbecue.

Unfortunately, none of the components were labelled, leaving the inexperienced barbecue builder to figure out which &*%^$#@ part was which, and even which parts to start with – that is, until my wife found what passed for the instruction booklet. The booklet was 63 pages long, but the assembly instructions contained no words – they had been replaced with black-and-white diagrams overlaid with other diagrams intended to be close-ups and numbers that seemed to denote sequences, and with the occasional exclamation point, which seemed to mean Pay Attention Or Else. Every once in a while, an arrow suggested a particular direction in which something, it was never clear what, had to be turned. Figuring out what the diagrams were telling me to do was like being forced to read Jacques Derrida, in the original French, which I speak badly, and simultaneously translate it into Japanese, a language I do not speak at all.

Eventually, I figured out which way was up (it was a deductive process, never stated clearly), that I had to make the base of the barbecue first and how the tiny metal flanges worked. I had some trouble with the fuel hose, which the instructions seemed to imply was as delicate as a newborn and which I snaked down the wrong hole in the cabinet while trying to mount the grill head on the grill housing, and then had to disassemble part of the barbecue I had already put together to get it down the right hole. The longer I toiled, the more I felt like a faceless character in the totalitarian state of Barbecue Fatherland: One had to follow the instructions to the end, that was imperative, but the instructions were so vague they were somehow even more universally threatening. George Orwell could have written an essay about them. I, on the other hand, uttered only profanities for the duration of the assembly. My wife kept saying, “Are you okay?” I was not, but I was not about to tell her I was on the verge of nervous collapse because of the gift she had given me last Father’s Day. So I grunted, which only made her ask me again, more insistently.

Then a strange thing happened. At noon, my wife informed me that she had bought us tickets to Swan Lake/Loch na hEala, a modern “deconstructed Swan Lake” ballet mounted by Teac Damsa, an Irish troupe, as part of the Luminato festival in Toronto. The tickets were for that afternoon. With the barbecue only half-finished, I was reluctant to go, but went anyway, and the ballet was astonishing. I kept bursting into tears. The story was about people who get trapped by other, crueller people, who use and destroy them, but not before the used people by their very fallibility create a thing of profound beauty that their cruel masters can never experience. It was very Irish. We all convince ourselves we have no choice but to follow the instructions and do what we are told to do, and then the spectacle of someone trying to break through the net of human entrapment brings us to our knees, so grateful are we when we see someone even hoping to be free. At least I think that was what made me cry. But it could have been the infernal barbecue.

It was 8 in the evening before I finally seasoned the grids and tested the rig for gas leaks. To test for leaks, you mix some water with some dish detergent and paint it on crucial junctions in the barbecue’s gas lines. If the joints start bubbling you have a problem – you unlucky worm, the diagrams seemed to insist. Of course, by the time the barbecue was finally assembled, the gas line was so difficult to access I am not sure I actually reached the valves with the mixture anyway.

I was somewhat apprehensive about lighting the barbecue. The U.S. National Fire Protection Association estimates gas grills start nearly 8,000 home fires every year in that country; in the same stretch of time, 600 propane tanks explode and nearly 17,000 people go to emergency with barbecue injuries. I have a friend, a guy so untechnical he makes me look like Nikola Tesla, who a few years back was having some problems in his marriage. He decided to make amends and invite all his wife’s friends over for a backyard barbecue. He ordered a grill that very morning and, when it arrived unassembled, put it together as best he could – in his garage, no less, never a wise place to light anything. He asked one of his cousins, one he didn’t like very much because the cousin had inherited more money from their grandfather than my friend had, if he’d light the new barbecue. The cousin said yes. A few minutes later a large whumph emanated from the vicinity of the garage, where my friend found his stunned cousin, alive, albeit coated with soot à la Wile E. Coyote. Meanwhile the 10-kilo cast-iron hood of the barbecue was embedded in, and flush with, the ceiling of the garage. My barbecue, it turned out, was fine. I cooked a couple of hamburgers for my wife and myself, and they were delicious. I am looking forward to using it again as soon as I can, to cook food outdoors like a caveman for all the people I am fond of. It turns out I am grateful enough for their presence in my life to go to some inconvenience, and a barbecue is a simple way of showing it. 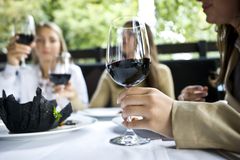 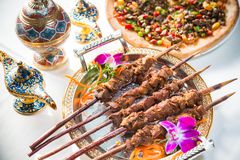