In the wide world of food, cheese is perhaps the category with the most dedicated, or at least the loudest, fan base.

Though a growing number of us are seeking out plants more often, cheese is the one thing many of us aren’t willing to give up. “So many people say, I’d go vegan if it wasn’t for cheese,” says cookbook author Lauren Toyota, who has been sharing vegan recipes and cooking techniques on her YouTube channel since 2014.

Whether or not you take the all-or-nothing approach to plant-based eating, there are more dairy-free cheese options on grocery store shelves than there have ever been, satisfying our need for creamy and gooey, salty and briny. Between advances in food processing technologies, and artisanal techniques that were once relegated to dairy curds being applied to nut, coconut and starch bases with increasingly sophisticated results, the global plant-based cheese market is expected to reach a value of US$2.66-billion by 2027.

“When I went vegan 11 years ago, there really weren’t any cheeses on the market… and those early soy-based cheeses actually still had milk proteins in them, so they weren’t even really vegan,” says Toyota.

She explains that modern plant-based cheeses are minimal in terms of ingredients, but more complex when it comes to the treatment of those base products – often coconut oil paired with potato, corn or oat starch, or ground cashews or other nuts. A decade ago, options were limited to processed slices and bricks; today, it’s easy to find gooey mozzarella-style shreds for pizza, tangy Parm to grate over pasta, and even fermented Camembert-style ash-ripened cashew cheeses to pair with wine and a crusty baguette.

“Cheese is on the same quickly ascending trajectory as most plant-based foods,” says cheesemaker Julie Kapuscinski, who has been creating cultured, smoked and aged vegan cheeses at Glowfood Creamery in Banff, Alta. since 2013.

Kapuscinski sources fair-trade organic Indonesian cashews to combine with locally grown vegetables, glacier water from the surrounding Rocky mountains, salts and spices. She has been experimenting with different bacteria, and even started aging her cheeses – some for over two years.

“I’ve played around with legumes and other ingredients to make melty, stretchy cheeses, and developed a cashew-oat Camembert with an authentic bloomy rind and rich sour cream, which is now part of the roster,” she says.

Kapuscinski says the market is seeing an increase in mid-to-higher-end nut-based cheese offerings in the last couple years, mostly boutique cheese makers like her making softer style cheeses. Local fans of Glowfood cheese have been known to buy up to 40 cheeses at a time to put away for their families.

Though there are micro-sized plant-based cheeseries popping up across the country, even large traditional dairy-based cheesemakers are directing resources toward the development of plant-based options. US cheese giant Boursin recently launched a creamy coconut and potato starch-based version of their much-loved herb and garlic cheese spread that, besides a shift in texture and meltability, very much resembles the cultured milk and cream-based original. And word on the street is Kraft-Heinz-owned Philadelphia has been seeking consumer input on a potential plant-based cream cheese.

Some pioneers of the vegan cheese industry have grown to accommodate a growing global demand. Last fall, Violife was introduced to the Canadian market by Upfield, the world’s largest plant-based food company, which supplies dairy-free cheddar and mozzarella shreds, sandwich slices, Parm-style wedges and feta-style blocks to over 50 countries worldwide. A new production facility is scheduled to open later this year in Brantford, Ont. – the company’s first facility outside Greece.

With more options comes the luxury of choice for those looking to satisfy cheese cravings while eating only plants. In her latest cookbook, Toyota takes advantage of the flourishing cheese market, calling for a variety of store-bought cheeses in her recipes. “I usually have about five vegan cheeses in my fridge,” she says. “There’s Havarti in there, and Gouda, mozzarella, Parm… you can even get mature cheddar. These days you’re not really compromising – you can find brands that stretch and melt for your pizzas and grilled cheese. And vegan-sourced lactic acid helps mimic the tanginess of actual cheese.”

They’re not just for vegans, she says, but for anyone looking to cut back on dairy, or just choose plant-based more often. It’s always good to have options, when some of the best things in life are cheese.

Though there are more options now than ever, many vegans have learned to make their own cheeses and cheesy sauces to satisfy their cravings in the interim. In Hot for Food All Day, Toyota includes a recipe for a smoky spread she says is reminiscent of Cheez Whiz, only made with far less processed ingredients. She uses roasted cashews, emulsified with a bit of cooked potato and some tapioca starch in a high-powered blender for stretch, with a bit of white miso for cheesy tang. It’s delicious in its own right, vegan or not.

If using raw cashews, preheat the oven to 325 F. Toast the cashews in an even layer on a baking sheet for 12 to 14 minutes, until lightly golden brown. Set aside to cool.

In a small pot, cover the potatoes with water and bring to a boil. Cook for about 8 minutes, or until fork tender. Reserve 1⁄2 cup of the potato cooking water, drain the potatoes, and set aside.

In a high-powered blender, blend the roasted cashews into a smooth-ish cashew butter. It might still be chunky, but get it broken down as much as you can. You’ll need to stop the blender and push the mixture with a spatula toward the blades a few times. Add the potatoes, reserved potato cooking water, tapioca flour, roasted red peppers, miso, apple cider vinegar, yellow mustard, sea salt, smoked paprika, garlic powder, and white pepper and blend again until very, very smooth.

Add this mixture to a small saucepan over medium-low heat. Whisk constantly for about 2 minutes, until thick and slightly lumpy. Immediately transfer back to the blender (no need to clean) and blend until thick, smooth, and creamy. Transfer to an airtight jar and set overnight in the fridge.

Use as a spread on crackers or bread or as a dip for celery or other veggies. Consume within 10 days. Makes about 1 1/2 cups.

Reprinted with permission from Hot for Food All Day, by Lauren Toyota (Penguin).

In the wake of ‘Buttergate,’ here’s how to be a better dairy consumer
Subscriber content
April 21, 2021 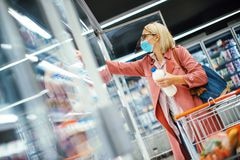 DIY e-book publishing is teaching us everything from cleaning to crafting to cooking
Subscriber content
April 11, 2021 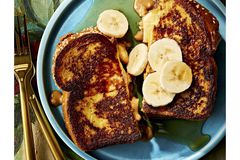 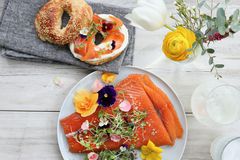