Korean food is intensely flavoured, rich and textured. It ranges from barbecued meats, a staple of Korean cuisine, to succulent stews and soups. Not to forget noodle and rice dishes, pickles and kimchi.

In New York and Toronto, we’re seeing the opening of a number of exciting new upmarket restaurants focused on this cuisine. And with the success of cookbooks such as Maangchi’s Real Korean Cooking, some people are also cooking more Korean at home. It is an easy cuisine to reproduce if you have the right ingredients. Many Japanese grocery stores have a Korean section because of the long relationship, not always a happy one, between the two countries. In Toronto, there are Korean stores such as P.A.T., while in Vancouver HNS Hannam has several locations.

A typical Korean meal is served family style, with everyone helping themselves. Rice is always included. Banchan, or small side dishes – pickled, fermented, raw or cooked – are served as well. They add spice and texture. Although banchan are easy to make at home, I often buy them at Korean markets.

Here is a list of the most important Korean ingredients for you to start cooking, but note this list is not comprehensive. Also, don’t be afraid to explore with other flavours.

Soy sauce is brewed differently in different countries. A good all-purpose soy sauce is the Japanese Kikkoman, but the widely available Korean brand Sempio is best for Korean food. Both use soybeans and wheat as the base, but the Korean version is saltier. Use tamari if you are gluten-free.

Gochujang is a fermented chili paste. It is savoury and spicy, but balanced with a touch of sweetness.

Doenjang is a fermented soybean paste used mainly in stews. It is less spicy than Gochujang and rich in umami flavours. It is somewhat salty, but this cooks out. You can substitute brown miso.

Korean chili powder, which also comes in flakes, is milder than regular chili powder. There is no real substitute, but I have used togarashi (a Japanese spice mixture with some heat) in its place.

Sesame oil is added as a seasoning, not necessarily for cooking. The Japanese version is the best.

Sesame seeds, both black and white, are a garnish on many dishes.

Japanese sushi rice is used extensively as a Korean rice side dish. It has a slightly sticky grain. Koreans also favour a mixture of brown and white rice for more healthy eating.

Korean sweet potato noodles are translucent, similar to the Chinese cellophane noodle. They are used in many dishes and are the staple in Japchae, a famous Korean noodle dish.

And here’s an easy recipe to try as banchan. Cut into matchsticks 4 carrots or a daikon radish on a mandolin or with a chef’s knife. Place carrots in a heat-proof container. Combine 1 cup unseasoned rice vinegar, 2 cups water, ¼ cup sugar and 2 tbsp kosher salt in a pot. Add ½ tsp of Korean hot pepper flakes. Bring to a boil and cook until the sugar and salt are dissolved, about 2 minutes. Pour over vegetables and leave for 3 to 4 hours before eating. Save in the brine for up to 2 weeks.

What are the differences between figs, and how do you use them? Subscriber content 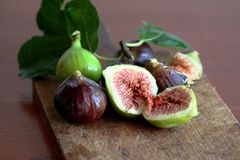 Why is there a such a fuss about ‘bowls’? Subscriber content 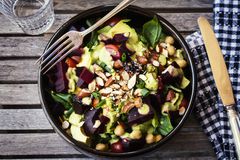 What exactly is l’apéro or aperitivo, and can I do it at home? Subscriber content 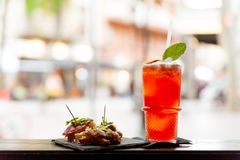