Spring brings with it the joys of forest foraging, a food tradition that I both respect and support. It means searching for things you can eat or use, and it is a welcome adventure this time of year.

In the next few weeks, there will be some exciting fresh tastes – both in the wild and at the market. Mushroom hunters and fiddlehead fanciers are in their element this season, but what really gets foragers excited is wild leeks.

These are the first wild greens of spring and they grow under maple trees in the woodlands. In Ontario, no one can harvest wild leeks in Ontario without permission from the landowners. It is illegal in Quebec and Nova Scotia because the stocks have been decimated.

What tools do you really need in the kitchen – and which can you do without?

A few years ago, a reader brought me a pot of wild leeks from her garden up north. I planted them under a Japanese maple and watched eagerly as they grew; but I forgot that if you pick them all, they will not return. It was a sad day when I remembered. Cut off only the leaves or forage sustainably by cutting half of the bulb, leaving the root end in the earth to regrow the next year.

Unfortunately, some people are not so responsible. Farmers have told me that one night they may have a huge blanket of leeks for the market and the next morning they are gone to trespassers who have hurriedly pulled them up.

These tiny wild leeks taste like a shallot-garlic cross – very different from regular leeks. They pack a lot of flavour for such fragile-looking shoots, but their season is short, just a few weeks. Ramps are another name used more often in the United States, although there is a claim that ramps have smaller bulbs.

To store, wrap fresh wild leeks in a paper towel and keep them in the refrigerator for up to three days. If you freeze them, only use the bulbs as the leaves lose all their taste.

To prepare them, cut off any little roots and rinse thoroughly. Remove any papery skin. You can cook wild leeks whole or sauté the stems and bulbs for a minute before adding the leaves. Raw leaves can be sprinkled in a salad.

Wild leeks also make a great pesto, which freezes well, and they are superb pickled and added to cheese or charcuterie boards. I like a quick pickle, which I think preserves their flavour better.

Here is my version. This makes for a tart flavour but increase the sugar to ½ cup if you want it less sharp. In a small saucepan, combine 1-½ cups rice or cider vinegar, ⅓ cup sugar and ½ cup water. Add 1 tsp mild chili pepper, such as Korean dried peppers or togarashi, or failing that, a few red pepper flakes, 2 tsp fennel seeds and 2 tbsp Kosher salt. Bring to a boil and boil for 3 minutes. Cut the leaves off 1 lb of wild leeks (reserves the leaves for another use such as making pesto). Pour the boiling liquid over the remainder. Allow to cool in liquid then pack in jars, covered with liquid. They keep, refrigerated, for up to 6 months.

Editor’s note: (April 30, 2019) An earlier version of this article incorrectly said wild leeks can be picked in Ontario. In fact, you cannot harvest wild leeks without the permission of the landowners. This version has been corrected. 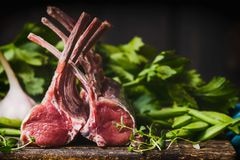 How do I make a softer meringue? Subscriber content
April 11, 2019 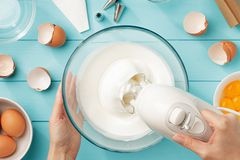 How should I serve the food for a casual dinner party? Subscriber content
April 5, 2019 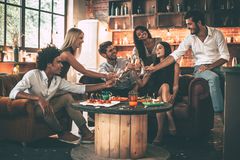