The Negroni is celebrating a big one this year – it’s turning 100. We’re not quite sure about the precise date we should be blowing out the candles and we may never know whether its inventor, Count Negroni, who first requested the addition of gin to an Americano cocktail at a Florence café in 1919, was really a bona fide count. But there is one thing we know for sure: The drink, for its age, has held up remarkably well.

If you didn’t know it was a centenarian, you could easily mistake this three-ingredient cocktail (gin, Campari and sweet vermouth) for the next big thing, given the love bartenders and cocktail enthusiasts give to it. The Negroni is consistently the cocktail most likely to be found bottled, carbonated, barrel-aged and even on tap in bars across Canada – often, because staff can’t keep up with demand. And, every summer, Negroni-mania becomes even more pronounced as thousands of bars around the world celebrate “Negroni week,” mixing up twists on the classic to raise money for charities.

Is the Negroni the most successful cocktail of all time? And what is its secret for staying so youth-y?

“For me, I think the main word when answering that question would just be ‘simplicity,’” David Greig, partner at Toronto’s Le Swan, says. “On the face of it, it’s such a simple drink with three equal parts of very readily available ingredients that combine to make something which is truly greater than the sum of its parts. And many people consider that the mark of a great cocktail.”

It’s easy for bartenders to remember, simple to make (stir and strain) and, since its ingredients are nearly always on hand, a safe drink to order at just about any bar. It’s light and elegant enough to enjoy at cocktail hour and still punchy enough to drink as a nightcap. It can even blend in at brunch, especially if it’s in the form of the Negroni Sbagliato, which uses prosecco instead of gin, evidence of another of the drink’s virtues. If, for some strange reason, a bar ran out of one of its core ingredients, it’s not hard to figure out a suitable substitute. Out of gin? Swap in Canadian whisky and you have yourself an Old Pal. Versatility is the drink’s second-greatest strength.

“Like all classics in all genres of anything, it has endless appeal for reinvention and revitalization,” Greig says. “I guess the best example of that in action is Caffe Dante in New York City, which has a whole Negroni menu with eight or nine different twists, each of which are completely different but all of which are still recognizably a Negroni. I think it’s kind of like a vessel into which you can pour all of your creativity.”

One of the greatest examples of this in Canada is probably the Inception Negroni at Prohibition, a bar at the Rosewood Hotel Georgia in Vancouver. It’s really two Negronis in one glass – a liquid white Negroni served over an ice sphere that has a traditional Negroni inside it. You start off sipping the lighter, white version (which uses Suze instead of Campari and dry vermouth instead of red) and, as the sphere melts, the second Negroni starts to seep out, transforming the flavour by upping the bittersweet and colouring the drink.

Other Negroni variants are more low-fi and designed to showcase local flavours by turning the Italian classic into an Italian-Canadian hybrid. At Toronto’s Maple Leaf Tavern, for example, bartender Ben Lemieux has created a nearly all-Canadian Negroni (Spirit of York gin, Dillon’s Vermouth, locally made Coster’s bitters and Campari) for Negroni Week this year. Josh McLafferty of Monashee Spirits in Revelstoke, B.C., went further in his efforts to Canadianize the cocktail when, earlier this year, he launched a barrel-aged B.C. Negroni made with Pacific Northwest Amaro and Odd Society Bittersweet Vermouth (both made in Vancouver) and his own award-winning Ethos Gin. It worked perfectly, probably because the Pacific Northwest Amaro was specifically designed for this exact use.

“That was really why we made our amaro,” says Fabio Martini of Woods Spirit Co. in North Vancouver, B.C. “We’re big Negroni fans and we just felt that, even though we love Campari, in my mind it’s kind of two notes, right? It’s bitter and sweet and kind of synthetic. Ours is very assertive and is really bitter with a little citrus and herbs. It can work in a Negroni, but also on its own as an aperitivo or a digestivo.”

Martini likes the Negroni for a couple of reasons, including the fact that he grew up with a lot of bitter liqueurs on the table in his Italian-Canadian household. But more than that, he thinks it’s the drink’s ability to evolve and adapt to new situations that keeps it fresh and relevant.

“I think it all comes down to the versatility,” he says. “It’s pretty amazing there are so many different variations from the white Negroni to what we’re doing here in British Columbia. People make some wild stuff sometimes and still call it a Negroni and, you know, sometimes it’s questionable.

Liqueurs have come a long way since the days of chocolate martinis Subscriber content
July 20, 2019 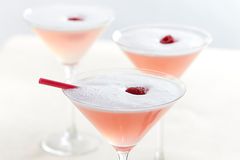 Everything you need for a stress-free party should fit in one box, says entertaining expert Devin Connell Subscriber content
July 4, 2019 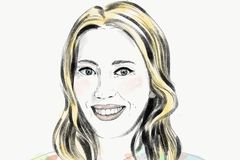 Trendy sun-friendly drinks for your next summer barbecue that beat the basic beer Subscriber content
June 26, 2019 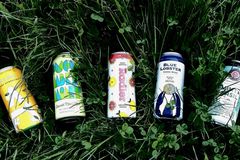