People from the before-times remember a thing called dinner. It was a meal, much like the food we still eat today in the evening, except we used to actually take the time to enjoy it.

Now, we are too busy. Over scheduled. Many of us live in expensive cities we can barely afford, so we work longer hours to pay for our overpriced rent or mortgages, cutting out niceties such as cooking or sitting down for a meal. We eat breakfast on the go and lunch at our desks, bits of salad falling on the keyboard, unable or afraid to take a pause in productivity. And come dinnertime, if we go out to eat, it’s often a quick meal, sometimes because we need to eat fast so we can get back to work or other duties. And sometimes, it’s because the restaurant needs us to eat fast – as fast as 90 minutes.

That’s the seating limit imposed by Toronto restaurant Paris Paris. Parties of three or more get two hours. “Reservations of two people or less will be allotted 90 minutes to dine,” reads its website. That’s almost an hour less than it would take to watch Eat Pray Love.

“If the demand is high, we want to accommodate as many people as possible,” co-owner Jesse Fader says. “That’s why [the limit] is there. To keep the flow moving. Rather than have it sit stagnant in a room full of people that are done.”

How many times a restaurant can turn the room depends on the type of establishment. For the $142 seven-course tasting menu (with or without foie gras) at Toque in Montreal, it’s expected that diners have the table for the night. A low-priced restaurant such as Burger’s Priest is usually less concerned with how long people stay, instead optimizing volume by designing kitchen and counter labour to efficiently do as much take-out as dine in.

Nicki Laborie is a restaurant consultant and the owner of Bar Reyna in Toronto. She has been in the business for 25 years and says that seating limits have always been around, but the industry standard has been two hours.

“Ninety minutes. That’s harsh. That’s crazy,” Laborie says. “I hate rushing people. Experience is everything. But, unfortunately, you need to turn your tables to make money."

Mid-range restaurants are turning to other alternatives to get customers in an out as fast as possible. Some design the food and service to do just that, serving dishes all at once (often resulting in a too-small table overcrowded with food). Others streamline their own labour to make things as speedy as possible.

All these strategies are challenged by one factor. “Everybody wants to eat at eight,” says Pierre Jacques (PJ) Goupil, a partner in Kampai Garden and other Montreal restaurants.

But everyone can’t have the same seat at the same time. And restaurants are unable to replicate the variable pricing structure of airlines in which the most desirable flight times cost more.

“For a restaurant to survive, it must at one point get you out of your seat and seat someone else in it,” Goupil says. “Or else it’s going to end up folding. If everyone was just lounging for hours on end, there’s no revenue coming in.”

Goupil says that for a full-service, mid-range restaurant, two dinner turns is the minimum. To be successful, you’ve got to exceed two, but three is pushing it and makes customers feel stressed. Kampai Gardens averages two and a half on weekends.

Some restaurants also don’t take reservations, which does away with the threat of diners not showing up at their allotted time. This way, a table is never empty for longer than it takes to wipe down and reset with napkins, cutlery and candles. (But it only works when spots are super popular, which never lasts long.)

Meanwhile, fast-casual dining has also become a popular approach. What’s known in the industry as a QSR or quick-service restaurant has a lower average price per customer, but longer operating hours with more potential for take-out. Customers who dine in are not slowed down by waits for menus, water, servers, courses and bills – because you order and pay at the counter, get your own drink and are quickly served food from a menu designed to be executed fast – and tend to eat their food and leave within 30 to 45 minutes.

According to Restaurants Canada, the QSR sector is projected to gross $31.3-billion in Canada this year, its growth soon expected to surpass the full-service restaurant sector’s $32-billion.

One example is General Assembly Pizza in Toronto, where utensils, water and condiments are self serve. There’s no cash and 55 per cent of total sales are online orders, where the food is prepared before customers arrive to dine in. All of the beer, wine and cocktails are on tap, allowing staff to serve up drinks as quickly as from a movie theatre soda fountain. A separate cashier for take-out allows them to streamline that side of the operations, which makes up 40 per cent their business. Gas-fired ovens cook the pizzas, a hybrid of New York and Neapolitan style, in 90 seconds.

In these cases, some restaurants point to consumers' desire for a fast meal as the reason for the quick turnaround.

“People in urban areas are looking for quality food in a shorter amount of time,” says Ali Khan Lalani, founder of General Assembly.

At lunch, most diners spend five minutes in line, 10 minutes to get their food, and are out the door in under half an hour. “I think people want to spend their time as they choose, instead of waiting for a full-service restaurant to wait on them. People value that extra 10 or 15 minutes that they have for lunch or dinner. It’s more time for them to use as they see fit.”

And even establishments at the other end of the spectrum, where dining would typically feel like a night out, are being tempted to turn tables faster. “When a restaurant is new and popular and everybody’s going to it, the general feeling of the population is ‘I must go to this place,’” Goupil says. “So that restaurant, when it’s new and hot, is going to have a spike in revenue that isn’t really related to how good its service or food or ambiance is. Restaurants that try to take advantage, try to milk the patrons on it, it’s a very short-sighted play.”

When done well though, fast dining can feel comfortable. A well-oiled restaurant, where front and back of house communicate with military precision, can get diners in and out of their seats with 90 minutes easily. The customer is impressed at the efficiency of the restaurant, instead of pressured.

Then eating quickly feels like a personal choice, one that we’ve placed on ourselves, rather than one we’re forced into by a restaurant’s ticking timer. 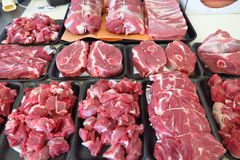 The rise of chef ‘supergroups’ means more creative and experimental kitchens across the country
November 12, 2018 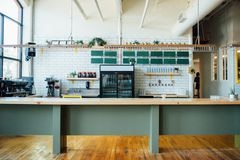