The German-based supermarket chain Aldi got into hot water last month in Britain for perpetuating a myth about organic wine on Twitter. Above a photo of three bottles from its “Organic September” promotion, including a Pianeta prosecco, it declared: “Apparently they’re hangover-proof.… Better have a glass to find out.”

Oops. The tweet was soon deleted, but not before numerous media outlets breathlessly repeated the claim. Aldi later conceded the statement had been posted in error. “While we are glad that many people enjoy our Organic Prosecco,” a company spokesperson told the press, “the only way we know to prevent a hangover is to drink responsibly.” Apparently, there may be something of a sparkling-wine-headache epidemic in Britain. Aldi’s claim followed a similar boast in British stores a year ago by another German-based supermarket, Lidl, which had been touting its own featured brand of “hangover-free” organic prosecco.

And yet, one could almost forgive the stores’ social-media and advertising copywriters for the bloopers. If my inbox is any indication, there persists a widespread belief that pesticide and sulphite residues are the main triggers of morning-after wine headaches. Sulphites, whose concentrations are generally lower in organic wines, are known to induce rashes, coughing or wheezing in some people, and for a small percentage of asthmatics, the compounds can be extremely dangerous. But wine headaches are far more likely to be caused either by natural compounds called amines or, you guessed it, plain and simple alcohol.

Drink organic wine if you believe it will spare you pain or ill health, by all means. But I’d venture to guess that most wine producers who eschew pesticides do so primarily out of regard for farm workers, who are forced to handle chemicals in high concentrations, and the long-term viability of vineyard soils, not because of fanciful consumer beliefs. That’s why many don’t even bother to boast their organic status on labels (though I admit that’s changing thanks to the category’s growing reputation for quality, as evidenced by most of the wines below).

Herewith, a few recently sampled wines made from organically grown grapes. I’m afraid I consumed insufficient quantities of each to fairly test the hangover theory. So, no promises.

Full and rich, this red combines 55-per-cent grenache with syrah and carignan from vines pruned to a low fruit yield a hectare to ensure good flavour concentration. Dark and brooding, with a luscious, chewy texture, succulent blackberry-jam and currant flavours along with suggestions of tangy herbs and licorice. Available in Ontario.

“Smooth” would not be among the top five adjectives typically used to describe the reds from Rioja. Yet this one qualifies for the label, big time. It’s from the capable hands of Alvaro Palacios and family, famous for the hugely expensive red from the Priorat region called L’Ermita. This is full and ripe, with a wonderfully buffed texture and delectable berry fruit and baking spices. Well-structured and modern. Available in Ontario at the above price, various prices in Alberta, $20.95 in Quebec.

White Bordeaux has been undergoing a renaissance, emerging from the big shadow of the region’s much-publicized trophy reds. Here’s a grand example from a Sauternes producer, a 50-50 blend of sauvignon blanc and sémillon, Bordeaux’s two key white varieties. Medium-bodied, it’s rounded, dry and relatively soft, with nuances of grapefruit marmalade, musky perfume, a smoky-mineral overtone and satisfying texture and weight. Fermented in barrels that once held Sauternes sweet wine and matured for seven months on the lees. It could cellar well for six years or so. Available in Ontario at the above price, various prices in Alberta.

A white, organically grown blend of 70-per-cent roussanne and 30-per-cent grenache blanc. Medium-bodied, oily-smooth and gently aromatic, with notes of orange, herbs and gingery spice. Almost like a cross between viogner and gewuerztraminer. Versatile at the table. Available in Ontario.

Chunky and smooth, with a panoply of flavours, including luscious plum, espresso, chocolate, grilled herbs and spices. Fine-grained, gritty tannins supply structure. This contains 5 per cent each of cabernet sauvignon, merlot and syrah in addition to malbec. Smart blend. Available in Ontario at the above price, $20.99 in British Columbia, various prices in Alberta, $20.46 in Saskatchewan, $19.99 in Manitoba.

Beware the power. Grown organically, this is a 15-per-cent-alcohol red blend of grenache, syrah, carignan, mourvèdre and cinsault from southern France. The texture is almost sticky, with plenty of dark-skinned fruit flavour along with licorice and leather. Very ripe, yet with some disciplined structure. Serve it with cheeses or braised red meats. Available in Ontario at the above price, $24.99 in B.C. (thewinesyndicate.ca), various prices in Alberta.

Jammy berry fruit meets earth, fall leaves and spices. Dry, lightly chalky and toasty, this is very good pinot for the money from an excellent producer. Available in Ontario at the above price, $22.65 in Quebec.

It’s organic, which should draw the interest of a significant audience. And that’s fortunate given that this cheerful Sicilian white must work especially hard to overcome the marketing obstacle of two grape names that will be unfamiliar to most drinkers. Catarratto is a big player in Sicily and can make superb wines, while “zibibbo” is the local name for muscat of Alexandria. The wine is off-dry, with a fruit-punch-like quality, redolent of sweet table grape and apple cider along with honey and a floral aroma. I’d prefer a touch more acidity for lift, but this is a fun and out-of-the-ordinary match for spicy fare or for pork, either from the oven or on the grill. Available in Ontario at the above price, $17.99 in B.C., various prices in Alberta, $15.99 in Manitoba.

Medium-bodied and chewy, this comes across with notes of cherry, earth, subtle spice and bitterness. The tannins are dry and edgy, providing welcome support. Available in Ontario at the above price, $25.99 in Nova Scotia.

Are you pouring your wine the wrong way? Subscriber content
October 6, 2018 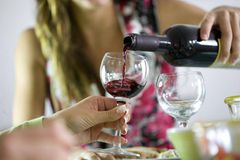 Can I use an old fridge for wine storage if I keep the temperature at the warmest setting? Subscriber content
September 27, 2018 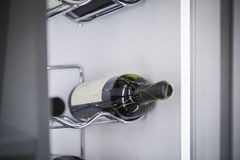 What does it mean for a wine to be ‘native yeast fermented?’ Subscriber content
September 18, 2018 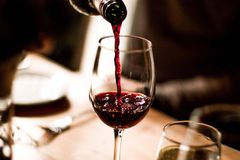