The smell of fire: In late spring in the Yukon, it’s the warm, smoky whiff of the wood-burning stove in a log cabin at Sky High Adventures, warming you after a dog-mushing sprint. It’s the collegial, marshmallow-toasting lick of a campfire at Northern Tales’ aurora borealis viewing site one dark midnight. And it’s the welcoming aroma of fish, bread and meat cooking over a huge fire pit behind the Carcross Learning Centre, as tattooed chefs and white-coated culinary students dance around the flames, preparing to serve 150 people at the inaugural First Nations Fire Feast, an offshoot of the late-summer Yukon Culinary Festival. Indigenous Canadian chefs – including Chopped Canada alum Shane Chartrand from Edmonton’s Sage and Christa Bruneau-Guenther from Winnipeg’s Feast Café Bistro – and local talents are collaborating to celebrate the food and culture of a place that festival organizer Eric Pateman calls “one of the most unique food cultures in the world.”

“Seal is probably the most ethical and sustainable protein in the country,” Pateman says of one of many featured foodstuffs, long valued by Indigenous people, now being discovered by a new generation of chefs who employ modern techniques and ideas on the plate. From cookbook authors to caterers, from foragers to brewers, they’re bringing innovative new tastes of the north to Yukon tables – and hopefully sharing what they learn about collaboration and sustainability with the rest of the country.

For a city of around 30,000, Whitehorse has diverse foodie cred: Within a few downtown blocks, you can eat an elk sausage roll at The Deli, find beer bread made from Winterlong Brewing’s spent mash at The Alpine Bakery, drink Firebean coffee from a local bicycle-powered roaster, peruse Uruguay wine and Japanese whisky at the pocket-sized shop Corked, and pick up some Crottin de Chavignol goat cheese at neighbouring Cultured. You can eat a triple-A strip at glittering G & P Steak House, dig into Trinidadian comfort food at homey Antoinette’s or sip a craft cocktail at Woodcutter’s Blanket, a tiny, log-cabin drinking den.

Yet it’s impossible to forget that as much as 97 per cent of northern food is trucked in, according to FirstWeEat.ca, the site where retired physician and Dawson City filmmaker Suzanne Crocker is documenting her one-year experiment – feeding a family of five on 100-per-cent local food. Her exploration of foraging, farms, livestock and producers shows just how difficult but rewarding it can be to eat and celebrate local in the North, a culture that’s still developing.

“These are some of the most pristine places in the world, with the cleanest soil and clearest water, and what they’re growing is phenomenal,” says Pateman, who describes a Dawson City tomato he ate last year as the best he’s ever had anywhere. In January, the Yukon hosted its first Meet Your Maker, a local version of the B.C.-based culinary networking event that brings together local food producers and buyers, making local products more available to mainstream retail and dining outlets.

Genest describes Yukoners as natural hunters and gatherers, following the example of indigenous people who have been practising sustainable food culture for generations. Genest co-authored Vadzaih: Cooking Caribou from Antler to Hoof (vadzaih is Gwich’in for caribou), published by the management board for one of the largest migratory herds on the continent. It makes even the less-appealing parts of the animal accessible to a new generation of hunters through globally inspired recipes for caribou-heart tacos and pulled caribou neck, along with instructions for field-dressing, skinning and traditional preparation of the head.

“The whole idea [for Vadzaih] was collaboration and learning from each other,” says Genest, who sees much local inspiration happening among home cooks, food entrepreneurs and local caterers. The Wandering Bison’s chef Luke Legault served a welcome meal including bison sliders for the 2016 Royal Visit of William and Kate; The Twisted Gourmet’s Deborah Turner-Davis created herb and spice blends; and The Wayfarer Oyster Bar team have shucked at catering and pop-up events since 2015, and now are opening a restaurant.

Genest tells me where to look for northern products. For instance, birch syrup was used to glaze the stuffed mushrooms listed on the chalkboard menu at Cafe Balzam, a sophisticated post-dip nosh at Takhini Hot Springs, north of Whitehorse. Spruce tips infuse a pale ale at Winterlong Brewing, a craft-beer haven just south of town. “Living in Vancouver, we always tried to eat local, and up here we try to do the same,” says former software engineer Marko Marjanovic, who founded the brewery with his wife, Megan. “The Yukon has that really fierce local support. It’s a great breeding ground for entrepreneurs.”

Despite the country’s largest annual per-capita consumption of beer, Yukon has just three craft breweries: Yukon Brewing was the granddaddy, opening 21 years ago. “There sure seem to be a lot of products that are locally produced now,” says co-founder Bob Baxter of today’s artisan food wave. “I don’t think that they were following our lead necessarily, but it is nice to be part of the movement.”

Just don’t call it “new.” Carson Schiffkorn, proprietor for 23 years of Inn on the Lake at Marsh Lake, 50 kilometres southeast of Whitehorse, says, “This whole movement of local and foraged and game [food] seems new and up and coming, but it’s been happening for hundreds of years.” Born in the Yukon, he grew up hunting, fishing, foraging and preserving, then created a hospitality experience based on “very true, grassroots-type experiences.” At one big communal table in his restaurant, tourists find as much pleasure in dishes such as butter-poached elk as they do in the company of local diners.

From wild low-bush cranberries to sage or turnip greens, “we’re always discovering different things that we’ve never used before,” Schiffkorn says. Products that “come from the land or the lakes” and natural cooking methods including “the flavours of fire, including smoking” define northern Canadian cuisine, he says. Outside the constraints of long-established food cultures such as the mother cuisines of Europe and Asia, “Canada and Yukon are poised in a unique position, because we’re experimental by nature,” he says.

The cross-pollination of chefs and culinary inspiration from around the world is also a crucial ingredient in today’s mix. Yukon College culinary program students were among the 16 local talents pitching in at Fire Feast. While roasting her rare bison tenderloin, Whitehorse’s Coast High Country Inn Kitchen chef Georgette Alsaican says, “It’s nice to work with the upcoming culinary class and see what’s coming. I’m discovering lots of cool stuff I didn’t learn.” 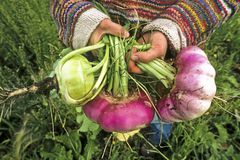