The freshest fish. A squeeze of lime. A sprinkling of chopped chili. Maybe a pinch of salt. For the Lima-born, London-based chef Martin Morales, the very essence of Peruvian cuisine can be stripped down to these simple ingredients. The result is ceviche, which is the name of both Peru's national dish and Morales's buzzing restaurant in London's Soho neighbourhood, where you can get contemporary takes on grilled skewers ( anticuchos ) and whole fish cooked in banana leaves ( patarashca ) along with six versions of the house's namesake dish.

Here on this side of the ocean, North Americans are getting their own taste of contemporary Peruvian food and culture. In San Francisco, L.A. and New York, ceviche restos are popping up like beach umbrellas, often accompanied by pisco bars designed to highlight the unique character of Peru's beloved spirit. In Montreal, Nuevo Latino cooking comes to the fore at standouts like Mezcla; in Toronto, a recently launched food truck is now dishing out modernized Peruvian classics along with an array of interesting ceviches and tiraditos , paper-thin slices of raw seafood topped with ingredients such as sea urchin, passion fruit, corn salsa and crispy yucca. But that's just the beginning, says chef Elias Salazar, who will be driving this South American party on wheels, called Nazca, with passion and a love for his heritage.

"I'm from Callao, which is the main port in Peru," 32-year-old Salazar, who came to Canada in 1995, says. "I'm in love with my culture and I want to see it here." The menu at Nazca will change often, depending on what's fresh and on hand. Salazar, though, isn't beyond going to extreme measures for certain must-have ingredients unavailable in Canada. "Peruvian limes," he says, "are different and special. I have some seeds, so I'm going to set up a greenhouse and grow my own."

In addition to the commitment of its chefs, Peru's cuisine is distinguished by the way it has amalgamated the influences of so many different cultures, including Japanese, Chinese, African, Italian and Spanish, with its own indigenous flavours and the bounty off its miles of coastline. The result takes the idea of fusion to a whole new level: sushi and sashimi with piquant sauces, ceviches with bananas or sweet potatoes, stir fries with soy sauce and a variety of tropical chilies.

Back in London, Morales is gratified to see Peruvian food coming into focus after decades of being associated with roasted guinea pig and not much else. "I think our culture and our creativity has been incubated so beautifully for so long and now those doors have been opened," he says. "There is an excitement around the world as people discover our cuisine." And it doesn't stop at food, Morales notes. "We have our own art and music and fashion, and I think the attention will spread to these. Last month, French Vogue did a cover feature on Peruvian style." Morales, who has a background in the music business, defines that style as "sexy and unpretentious. It's about swing and hipness … the funkiness of Cusco and Arequipa."

This vibe is in evidence at his restaurant, with its tropical colours and lively Latin beats. If you can't fly over to check it out right away, however, don't worry: Morales's new cookbook, Ceviche: Peruvian Kitchen, will be out in Canada this September.

In the meantime, three of his restaurant's most popular dishes have been reproduced here. Besides the ingredients, all you'll need for your own Peruvian fiesta, says the chef, is music with a great rhythm and a little heat. And he means that literally: "If it's a hot day, let it be hot. And when people come to your house, give them a huge smile and a hug. We are a very passionate people. You have to love the guests you are serving." 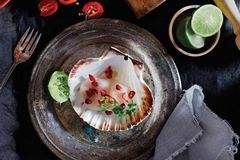 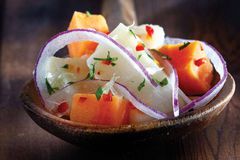 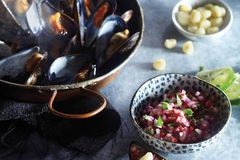