"I see you as either Audrey Hepburn or a zombie," says Libia Castano, head costume consultant at the Value Village outlet in Toronto's High Park neighbourhood. Castano says Hepburn comes to mind because I'm tall, but I worry the zombie suggestion has something to do with my lack of under-eye concealer. Castano herself is dressed as a skeleton, complete with full maquillage and black-and-white contact lenses – a touch jarring, considering that it's 9 a.m. on a Monday.

"Halloween is our Christmas," Castano continues as we walk past a rack of red-paint-spattered wedding dresses, a costume idea she launched last year with great success. "People want the best costumes and they often don't have time to pick one out, so they want it done for them."

The costume consultant is the latest in a long line of make-life-easier experts (see also renovation coach and dog whisperer) that didn't exist a decade ago. Their rise has both proved a boon to time-pressed professionals who take Halloween seriously (who, after all, has time any more to scour the city for feather boas and cowboy hats?) and upped the ante in terms of costume execution (at many parties, Scream masks just won't cut it any more).

"People always want to top themselves," says Rachel Matthews, a Toronto-based stylist who doles out lots of (pro-bono) advice to friends consumed with costume angst. "My rule of thumb? If you don't feel 100 per cent confident, don't wear it."

Those who do provide costume services for a living start out by trying to define their client's "costume personality." At Value Village, the costume consultants (who are available at all of the discount retailer's Canadian locations) help customers pull together a look after a few basic questions, while other costume experts probe deeper.

"The No. 1 thing I look at are the person's natural features and then their personality, but I also always ask what they secretly wish they had done with their lives," says Alexandra Suzanne Greenawalt, a New York-based fashion stylist who often helps her clients hunt down the perfect costume. (Among her best work: takes on Cleopatra and Medusa as well as her own reincarnation as celebrity stylist Rachel Zoe.) "New Yorkers are very competitive," she says. "Choosing a costume has become one of those things that adds stress to their lives."

There's a big difference between a clever costume and a clever costume that fits well, stresses Laurie Sluchinski, owner of Boo La La, a costume sales and rental shop in Vancouver. "If you want to take first prize," she says, "you need to consult a stylist who can choose something that works for your body type."

Boo La La started offering complimentary consultations by appointment this year and were nearly booked solid two weeks before Halloween. During each 30-minute session, stylist Dani Barnes discusses past costumes, how far one is willing to go (wearing striped tights, for instance, will take the typical burlesque costume, composed of a corset, tutu and mini top hat, "to the next level," Barnes maintains) and the type of response desired. "Most of the girls want to be sexy," she says, "and most of the guys want to be macho."

Consultants typically offer a range of costume suggestions, ranging from basic to no-holds-barred. (Barnes recently dressed one female client in a full-length gold-sequin gown – immediately deemed not sexy enough – so she shortened and cinched it, then added a black wig and police cap for a look she dubbed "glamorous Marilyn Manson.")

Regardless of final choice, it doesn't take a Sigmund Freud to divine what makes a person gravitate toward certain guises. "On Halloween, you can do whatever you like. It's like being in Vegas," says Dale Peers, who teaches a course on the psychology of fashion at Toronto's Seneca College. "You might choose a costume that you're normally too inhibited to wear or adopt a trait that might be lacking in your own persona."

That may explain the glut of superheroes and sexy pop stars on Oct. 31, often referred to by psychologists as the "day of id." But what about the corpses and chainsaw murderers? "There's an excitement to confronting a fear that you might normally be overwhelmed by," suggests Jennifer Baumgartner, a Washington, D.C.-area psychologist and author of the forthcoming You Are What You Wear. "These people may also want the ability to shock others."

Many, however, play it safe. "I find that when I'm dressing people, a lot of them worry that it's going to be over the top," says Boo La La's Barnes, who counsels cautious types to channel their inner Lady Gaga. "She's given a lot of people the confidence to put on something out of the norm – why not wear a crazy dress with a pair of wings and Dracula fangs?"

There's also something to be said for not over-thinking it. "There's always the possibility," says Baumgartner, who decided on her own to dress up as a bumble bee this year, "that you just really like the costume." 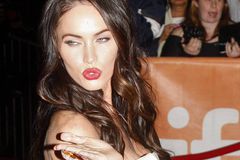 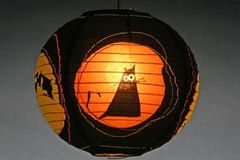