I have patiently been waiting for Bliss. I first sampled the new cheese from Ontario's Monforte Dairy last summer when it was still unnamed and still a work-in-progress. In my mind, it simply became the "is it ready yet?" cheese as I anticipated it hitting Monforte's market stalls on a regular basis. Cheese-maker and owner Ruth Klahsen has been fiddling with the recipe for many months (adjusting temperature in the drying room, for instance, to achieve a softer texture). Finally this spring, Bliss has began making regular appearances on the sales table.

Bliss is a soft, bloomy rind cheese made of sheep milk and enriched with cow's cream from Mapleton's Organic in Moorefield, Ont., which makes it extra luxurious. And though you wouldn't walk around with a bottle of cream tucked in your lunch bag, you can get the same pleasure from a wedge of Bliss – just packaged more practically. The wheel is small, about 3½ inches in diameter and about an inch high (purse size, actually). It has the typical downy coating and thin rind of a bloomy cheese, with a yielding interior that when ripe and at room temperature has the pleasurable richness and mouthfeel you get from a creamy avocado (but even more supple). The sweet, full finish of the dairy balances well with a lingering saltiness added during cheese making.

Bliss reaches its peak around six weeks (though it is ready to be sold at four), according to Ms. Klahsen. If you are a fan of French Camembert, however, don't expect the same kind of visual gradation of an oozy exterior surrounding a firmer core, a characteristic of an exterior ripened cheese. North American cheese makers usually add their bacteria to the milk rather than spraying the bacteria on the outside of the cheese wheel. When bacteria are combined throughout the milk as is done with Bliss, the cheese interior ripens evenly, meaning that whether firmer or oozy (younger or older) the cheese will have a consistent texture throughout.

Considering the richness of the cheese, a bite of Bliss is not a far cry from eating butter. Coming from a family where the ratio of butter to bread was always in favour of the dairy, I leapt at the chance to try some of the butter Monforte started selling this spring, also made from Mapleton's organic cream. The cream is made into crème fraiche and then hand-churned into butter to give it a tangy, pleasantly sour flavour that Monforte balances with a generous hit of salt. Eaten alone (yes, I was eating it off the knife) the salt seemed a bit overwhelming, but when spread lavishly on a crusty, chewy baguette everything balanced out. I believe I could survive on a massively restricted diet if this was my lunch and dinner.

Monforte Dairy will be showcasing their products along with more than 30 other artisan and farmstead cheese makers across Canada at the upcoming Great Canadian Cheese Festival running June 1 to 3 in Prince Edward County, Ont. The Artisan Cheese and Fine Food Fair runs that Saturday and Sunday and is held in Picton's Crystal Palace, where there will be over 125 cheeses to sample as well as other artisan food and drink. More information can be found at cheesefestival.ca. Monforte is also selling Bliss and its butter at several farmers' markets in the Toronto area, such as at Brick Works, St. Lawrence and Sorauren Park, as well as at other Ontario markets, such as London, Stratford and Mississauga. 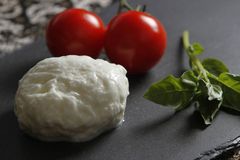 9 ways to enjoy queijo fresco - some of the freshest cheese around
May 1, 2012 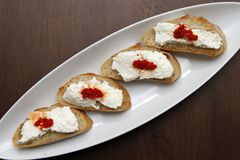