Noah Chaimberg says that fruit-based blends are what's hot in hot sauce at the moment: blueberry and ghost pepper, green apple and jalapeno, key lime and pear. That last one, he notes, pairs nicely with fish tacos: "It's the sharp sweetness with the delicate fish," which might sound a little highfalutin, but then, Chaimberg is the world's first hot-sauce sommelier – a (self-styled) distinction he shares with his friend, business partner and fellow hot-sauce somm Tyler McKusick.

In April, the two twentysomethings launched Heatonist, a dedicated hot-sauce shop in Brooklyn, N.Y., where customers can browse and sample more than 100 artisanal hot sauces. "We'll ask whether they prefer sweet or smoky, what they're planning to serve it with, what kind of intensity they're hoping for," says Chaimberg of his sommelier duties. He admits that the title is tongue in cheek (wine sommeliers train for several years and must pass a series of rigorous exams to earn the official designation), but says the try-before-you-buy concept was what inspired him in the first place: "I was constantly buying new hot sauces and then when I would get a chance to try them at home, I was constantly disappointed." The business got a huge boost from a successful Kickstarter campaign, which raised about $27,000 (U.S.) in less than two weeks last winter. "We were definitely encouraged by all of the positive support," says the Montreal-bred Chaimberg of those early fundraising efforts.

Anecdotal evidence of his product's crazy popularity, he adds, is everywhere: "Ten years ago, you wouldn't see a bottle of hot sauce on every table at a restaurant – that used to be ketchup."

It's not just tabletops where spicier options are giving the old red stuff a run for its money. Like your mouth after a round of suicide wings, hot sauce could not be hotter this summer, with dozens of festivals and expos celebrating our growing taste for five-alarm flavour. While ketchup still outsells hot sauce, the latter has seen market growth of 150 per cent since the turn of the millennium, while the former has remained more or less stagnant. A 2012 report by IBIS World ranked the upwardly mobile condiment at No. 8 on its list of the United States's fastest-growing industries, alongside green building, self-tanning and 3-D printers. This new-found penchant for piquant can be largely attributed to North America's growing immigrant population, coming increasingly from countries in Asia and South America where heat is a key part of the national or regional cuisine. Meanwhile, a desire for "adventurous eating," including multicultural food options, has revolutionized both the restaurant and retail food industries over the last generation. In the eighties, the typical Canadian family looked to a chain such as Ho-Lee-Chow for a taste of the exotic. Today, ramen noodles and designer tacos are as commonplace as meat and potatoes – plus they look a lot better on Instagram, which is no small selling point for hot sauce's most devoted demographic.

The relationship between millennial eaters and spicy food has gone from flirtation to full-blown love affair over the past few years, with restaurants upping the heat factor on their menus as a means of vying for those coveted cool-kid bucks. Hot sauce is twice as likely to be stocked in households run by a person under 35, and it's not just a matter of flavour. "Food is fashionable now," says Bret Thorn, senior food editor at New York-based Nation's Restaurant News. "When I was in high school everyone had to wear a pair of Levi's 501s. Now it's everybody needs to have a bottle of Sriracha hot sauce in their pantry."

Thorn is referring to the popular Asian chili sauce that first arrived in the United States in the 1980s, created by Vietnamese immigrant-cum-condiment mogul David Tran. Sriracha (named for a city in eastern Thailand) was first disseminated in restaurant kitchens where chefs would use it for staff meals. "They called it 'cock sauce' because there was a rooster on the bottle," says Thorn, "and it became kind of this cool underground thing." Cue the hard-core hipster fan base, a slew of Sriracha-branded novelty products, a Simpsons cameo, a scarcity threat and – most recently – the inevitable mainstream-ification, best exemplified in Heinz's "Sriracha-flavoured ketchup," which came out in February.

"I think Sriracha has probably jumped the shark," says Chaimberg. At Heatonist, they have opted not to carry any of the big brands, focusing instead on locally made, small-batch labels. It is a company ethos that happened by accident after a friend directed them to a favourite producer in Colorado. "I uncovered this whole small-batch movement and realized that this is what it needs to be about – new makers doing creative and interesting things."

The quest for the fresh and innovative shouldn't be a problem. Often with trends we see a pendulum-style swing from one extremity to the other: from tiny tapas portions to heaping family-style plates, from global to 25-mile and so on. When it comes to our taste for hot sauce, though, it's unlikely that mild will be trending any time soon.

"Once you go hot," says Thorn, "you generally don't go back."

From Caesar to shining Caesar

At the Federal in Toronto, they use Walter's mix instead of Clamato and garnish their creation with pickles and a Cool Ranch Dorito. For heat it's Marie Sharp's, a habanero-based pepper sauce from Belize. "It's fresher and brighter than Tabasco with a good balance of vinegar and sweetness that comes from carrots," owner Zach Slootsky says.

The Titan Caesar at Schooner Restaurant in Tofino, B.C., is a meal (or five) in its own right, garnished with a mini-cheeseburger, two hot wings, a spicy prawn, bourbon baked ribs and a cheese skewer. It's no wonder that when it comes to heat, they keep things more traditional. "We go with the classic Tabasco. When the drink has so much going on [also sweet pickle juice, pepper rind and cucumber shavings], it's good to keep some things classic," general manager (and Titan architect) Whaylon Arthur says.

At Whitehorse's newest cocktail bar the Woodcutter's Blanket, they are currently experimenting with smoked sea salt and seaweed bitters in their signature Caesar. The heat is made in house – a homemade habanero that co-owner and cocktail slinger James Maltby says is inspired by the family recipes of friends. "It's partly the remoteness that drives us to innovate – we don't have access to lush food stores or farmers' markets."

The secret to the multi-award-winning Caesar at Brooklyn Warehouse in Halifax comes from a lot further east than Peggy's Cove. For an exotic take on a homegrown classic they use wasabi instead of hot sauce. Further Eastern flare comes from house pickled cilantro and distilled Japanese shochu.

True north strong and fiery: Locally made hot sauces from our home and native land

Try the: Mango Sweet Heat – fruity and not too fiery

Great on: A charcuterie platter

Great on: Mac and cheese

Try the: St. Lucia on My Mind – tangy, earthy and not too spicy 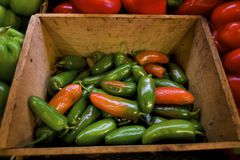 Relish in these exotic condiments when you grill this summer
May 26, 2015 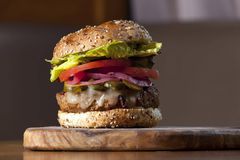 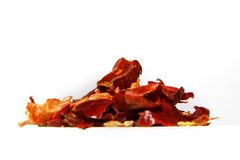