A 27-course meal at Michelin-starred NOMA in Copenhagen features ingredients foraged from the Danish landscape, including birch sap, rose petals, moss, seaweed and woodruff. It can make you feel like a (very honoured) woodland creature.

The man behind the menu, Rene Redzepi, will be featured in a documentary shot by Arlene Stein, the chair of Terroir, in Toronto, April 23, at the annual Canadian hospitality symposium devoted to local food.

An adventurer in the world of food, he had just received a package wrapped in sealskin and filled with various ingredients from Newfoundland, including Screech, hard bread, dried savoury and salt cod, sent from Raymonds restaurant in St. John's. He spoke to The Globe from Copenhagen.

You hosted your first MAD Foodcamp Symposium in Copenhagen around this time last year. Tell me about it.

The idea behind MAD is to create some type of forum or community of food professionals that want to educate themselves further. We believe that the more we know the better we cook. Learning about issues such as sustainability and locavorism are things that you need to have as part of you as a chef because it will make you cook more delicious food.

You're bringing in some big names for MAD 2012: Ferran Adria, Hugh Fearnley-Whittingstall, Dan Barber and Fergus Henderson. Why chefs like these men and not Food Network celebrities?

I think of them as the thinkers in our trade. They are important, people listen to them, and they're helping to broaden the frame of reference for what food is and the importance of it.

These are people I respect tremendously and they're all adding up to the puzzle of the theme of "appetite" for 2012. Appetite as it relates to the human being, the person. How do you find appetite for what you do? How do you relate to appetite? How do you get appetite, not only for a meal but also to do the work you do?

I hear you're at work on a second book, a follow-up to the hugely successful NOMA cookbook.

It will probably come out in 2013. This book goes deeper into how we actually come about this food and these recipes. It is about the crazy trial and error.

I took a year and every night that I came home I wrote notes about the gastronomical developments, so this new book is a diary. In the first book the diary was about the discovery of the ingredients and people. Here it is specifically about the dishes. We've actually done 110 new dishes. Considering that we are nine years old you would think that we would start repeating ourselves but we didn't. We really had a magical year.

Are there any Canadian ingredients you've tried that were new to you?

Except for this super-strange pawpaw fruit that [Toronto journalist]Renee Suen gave me to try once, that's the only thing that I've tasted from Canada that isn't available here. I have some products from Société-Orignal, by Derek Dammann and Alex Cruz from Montreal. They came to the restaurant. Also, the team at Raymonds restaurant just sent me a parcel from Newfoundland.

There are still discoveries to be found.

Is that part of your mission at NOMA, to make new discoveries with your local ingredients?

This kitchen, where we're standing, I call this the Kitchen for Intuition, then we have this houseboat across the way, we call that the Nordic Food Lab. The Lab is for finding pillars of our cuisine as a region. For instance, right now we're working on umami. How do we extract umami from the ingredients that surround us, from the seaweed that we have or the beer yeasts from all the local breweries? We do this so that we can end up with one or two or three ingredients that can be as diverse and versatile as, for instance, soya sauce in Chinese cuisine. We're chefs controlling it so obviously we don't have a super scientific approach to things, we have an approach that is "deliciousness always." 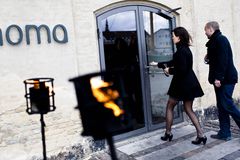 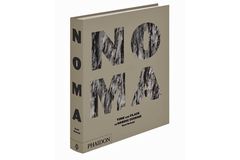 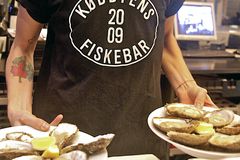 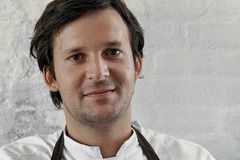