If you had to ask any two chefs for "simple" home-style recipes, Heston Blumenthal and Ferran Adrià would, by almost any standard, be the last ones to call. Mr. Blumenthal, the science-obsessed British chef behind The Fat Duck, near London, once wrote a cheeseburger recipe that listed 32 ingredients (including sodium citrate) and required 30 hours of active prep time. Likewise, Mr. Adrià, the pioneering culinary deconstructivist, is far better known for his foams, flavoured airs, and spherified olive-oil caviar than his five-minute Caesar salad.

Yet both men are pushing home-cooking books this season – albeit with widely differing views of how to define the term. Mr. Adrià's work at el Bulli, his now shuttered restaurant in Roses, Spain, exalted cooking as high art (and flavour, too often, as a tertiary concern). But the chef acknowledges in The Family Meal: Home Cooking with Ferran Adrià, that he eats like regular folks most of the time. Mr. Blumenthal, by contrast, seems to have issued Heston Blumenthal at Home as a gateway book to modernist cooking. Though it's composed largely of classic, if smartly updated British home fare – eccles cake with potted stilton, fish pie – every here and there he tucks in an ingredient like agar agar or de-ionized water (you can find it at the mechanic's shop, apparently). Home cooking can be (relatively) simple, he says, but also art.

Mr. Adrià's book is built around the inexpensive meals that the staff at el Bulli prepared and ate each night before service. Rather than presenting standalone recipes, The Family Meal suggests three-course meals. One meal opens with Catalan bread and garlic soup, followed by slow-cooked pork tacos and fresh figs with kirsch-spiked whipped cream; another suggests a mackerel and potato stew. There's even a recipe for watermelon with menthol cough drops crushed over top. You can't get much farther from the Six O'Clock Solution genre's typical meatloaf-and-macaroni schtick.

The most daring thing about The Family Meal, however, is its format. Each meal plan has a countdown timeline that shows when the cook should start each step. And every one of the recipes is shown in step-by-step photos, so reading through the 15-image spread for "roasted eggplant with miso dressing," you can see exactly how dark the sesame seeds should get as they pan-roast, what the eggplants should look like as they emerge from the oven, and precisely what the texture of the finished dish should be.

Heavy emphasis on should, however: The ideas here are sometimes far better than the execution. That Catalan bread and garlic soup recipe, for instance, calls for 24 ounces of bread (that's two baguettes, roughly) to just 6½ cups of chicken stock. That's a formula for concrete. I made it. It was awful. I thinned it with extra stock and water, but it was still awful. I tried flushing the soup down the toilet. That was even more awful. Mr. Adrià owes me a new toilet brush.

Heston Blumenthal at Home demands more of its readers, particularly on the shopping front. The chef lists ingredient measurements by weight instead of volume, so you're helpless without a digital kitchen scale. The method for his passion-fruit pastilles includes the phrase, "Bring the temperature of the liquid to 108 degrees C, or to a reading of 69 degrees Brix, if you're using a refractometer." But these are the outliers. And besides, Mr. Blumental instructs, refractometers are cheap and easy to use.

For every geek-bait dinner number, there's another dozen that are elegant, modern and, for ambitious cooks with a little time at least, entirely doable, like his salmon poached in olive oil (as simple as it sounds), or the mushroom soup that's topped with grated dried shiitake and porcini mushrooms (this seasoning itself is such a great idea that once you begin to contemplate the possibilities – you could put it on burgers! pasta! chicken! – the soup doesn't particularly matter any more).

But maybe the most surprising thing about Mr. Blumenthal's latest is how after you pause and dream a bit on pages that show impressive but technically straight-up choucroûte (he adds juniper berries), or the 100-per-cent science-free "umami broth with poached mackerel," you can't help but admire Mr. Blumenthal's sensibility enough to think, "Well, maybe I could mess around a bit with agar agar for that licorice jelly that goes on the salmon," or, "Sure, imma get a kilo of dry ice pellets for the bacon and scrambled-egg ice cream."

It's simple food and it's crazy food. But given a little shopping and an open daybook, you realize, it's also home cooking, almost. That's the best trick a culinary modernist can play.

How to cook delicious brains, feet and tongue at home
September 20, 2011 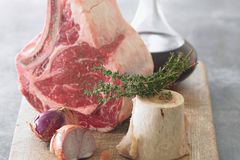 Say what you will about Martha. Her cookbooks are still indispensable
November 15, 2011 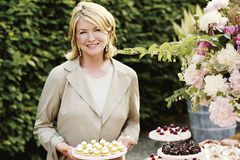 The next It appliance for your kitchen? A 3-D food printer (really)
September 13, 2011
Follow Chris Nuttall-Smith on Twitter @cnutsmith
Report an error Editorial code of conduct
Due to technical reasons, we have temporarily removed commenting from our articles. We hope to have this fixed soon. Thank you for your patience. If you are looking to give feedback on our new site, please send it along to feedback@globeandmail.com. If you want to write a letter to the editor, please forward to letters@globeandmail.com.
Comments