Afrim Pristine's earliest memories are of helping out at the Cheese Boutique, the Toronto fromagerie his grandfather opened in 1970. And while some children rebel against the family trade, Pristine was always going to give his all to the shop. Cheese is now, and has always been, his life.

"I owed it to my family, I owed it to cheese," he said from inside the 11,000-square-foot store. When the family moved from the shop's original location in 2000, they held a parade to celebrate: Pristine, who now runs the business with his brothers, shared that story and more in a discussion with The Globe.

How did your cheese obsession begin?

It's beyond an obsession. This is my life. I don't know how many people can tell the story of cheese the way I can, because it was literally the first thing in my mouth.

You have created not one, not two, not three but nearly 15 cheeses inspired by your dog?

I have two rescue dogs, Henry and Charlie. Henry is a Shih Tzu miniature pinscher. He has a really unique colour fur. I ended up making this cheese that I beer washed, and the rind, after the ripening, ended up looking like Henry's fur. So I called this cheese 'Majestic Henry' because that's my nickname for him.

I started telling people this story and people got really in to it. And it just snowballed into nearly 15 cheeses. The latest one is called 'Henry Goes to Langdon Hall.'

What about Charlie? Why does Henry get all the love?

Henry loves the limelight. Charlie doesn't. But I have designed a few cheeses for Charlie so he doesn't get lonely.

Tell me about getting a police escort from the store's original location to this new one.

We had a very special Emmental wheel – Swiss cheese with the holes. It weighed almost 300 pounds. It was a wheel, massive. We had these red carpets. This is insane what we did. In honour of opening here we were rolling this Emmental all the way down Bloor Street and all the way down here. Bloor Street was stopped for us to roll a cheese. People are waving, people are honking and joining in what was a celebration. We had two police officers in the back and two in the front. We made sure we fed them well when we got back here.

Absolutely. In North America cheese is in our DNA as kids. That's what we ate, Cheese Whiz, Kraft Singles. Of course that's cheese. I don't balk at that. If you grew up with Kraft Singles and then someone started introducing you to a cool Dutch mild Gouda – 'Oh, that's pretty good too' – and then five years later you're introduced to a Loire Valley, creamy unpasteurized goat's milk cheese – 'Holy smokes, that's good too!' We need something like a Babybel to start off with. My job is to introduce people very simply to some of those beautiful cheeses the world has to offer.

If you could have only one cheese in your fridge what would it be?

Parmigiano Reggiano. I love the versatility of it. You can cook with it, you can grate it, you can shave it in to a salad, you can eat it on its own with a big red wine and a touch of aged balsamic.

What is your dream cheese experience?

Something I've encountered already or something I'd like to do?

In Switzerland I was invited to one of the very few cheese caves in the world. Like, not open to the public. The world's supply of Swiss Gruyère and Swiss Emmental is in this cave. That blew my mind, seeing how much money, how much energy is involved in making and aging cheese.

How did you get the invite?

And the cheese experience you'd like to have? Anything is possible, the world is your cheese oyster. What would it be?

It's silly. It's the silliest thing of all time. I always wanted to be an astronaut when I was a kid. I want to build the first cheese cellar on the moon. That's the unrealistic one. The realistic one? I strive to have the best cheese program on the planet. And I'm not stopping until I feel that's done. 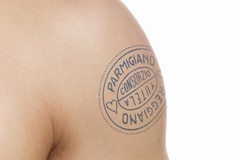 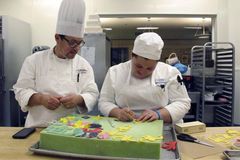 Same drink, different table: The so-called discovery of haldi doodh in the West
January 31, 2017
Follow Dave McGinn on Twitter @Dave_McGinn
Report an error Editorial code of conduct
Due to technical reasons, we have temporarily removed commenting from our articles. We hope to have this fixed soon. Thank you for your patience. If you are looking to give feedback on our new site, please send it along to feedback@globeandmail.com. If you want to write a letter to the editor, please forward to letters@globeandmail.com.
Comments