India Pale Ale is the new darling of the cask and tap set. The bold, bitter libation has craft brewers falling over themselves making new hoppy blends. But a beer with 151 IBUs? Are you hopping mad?

At the Too Hop To Handle festival in Vancouver last month, Claire Connolly put the name of the event to the test. The brewmaster from Big River Brewpub in Richmond, B.C. entered a small batch of "Insane" India Pale Ale in the friendly competition. It registered 9 per cent alcohol and a shocking 151 International Bittering Units. (IBU is the scale used to measure hop bitterness in beer, given in parts of iso-alpha acids per million.) To put this hop monster in perspective, consider that most IPA, the fastest-rising beer category in North America, falls in the 30-to-60 IBU range.

"I was worried that it wouldn't be drinkable," Ms. Connolly said, pouring a glass from a cask that passed through a filter filled with dried hop buds to infuse it with an additional blast of rubber band bitterness and pinecone aroma.

If a typical IPA tastes of grapefruit, this extreme version was akin to chewing on grapefruit skin and seeds. The hop resins lingered on the tongue for a good 20 minutes, sucking all the moisture from the mouth and destroying the taste buds for anything else. Yet as Ms. Connolly noted, many did enjoy it: "People who have over-stimulated palates are saying 'Mmm, not bad. It's not too bitter.' I'm like 'Are you crazy?'"

Insane IPA was "too hopped" to win the brewer's challenge award; that honour went to a much smoother, well-rounded entry from Dave Varga of Taylor's Crossing brewpub. But the interest piqued by this insanely hoppy heavyweight just goes to show how far the growing legion of hard-core hopheads are willing to go.

Today's North American IPA isn't your grandfather's beer – but it may very well be your hipster daughter's new favourite. The style has gone through a major revolution since it was created in the 19th century to slake the thirst of colonists and soldiers in the British Raj. Hops, a natural preservative, were added to help the casks survive the long sea-faring journey around the Cape of Good Hope. The new "west coast" IPA, which bears little resemblance to the much milder U.K. version, was significantly hopped up when the craft beer industry began taking off in California in the 1970s.

In the United States, IPA is one of the fastest-growing craft beer styles, after stout and pilsner. According to sales data released by Symphony IRI Group in April, year-to-date case sales were up 41.5 per cent, with IPA now comprising a 14.3 share of total craft-beer sales. "At this pace, IPAs will pass pale ales by the end of the year to become the most popular style area for craft [beer]" says Paul Gatza, director of the not-for-profit Brewers Association.

There is no equivalent data for Canada, but anecdotal evidence suggests IPA is just as popular here. There's hardly a craft brewery – from Halifax's Garrison Brewing Co. to Victoria's Driftwood Brewery – that doesn't have at least one hoppy beer in its portfolio.

"It's all about flavour," brewmaster Gary Lohin of Central City Brewery in Surrey, B.C., says of the style's growing popularity. "IPA is bold and aggressive and has lots of body. It's for a beer for adventurous, educated palates."

Mr. Lohin's creamy smooth Red Racer IPA, with its upfront notes of grapefruit, orange and pine that give way to tropical fruit and a long caramel finish, is a legendary label among craft-beer connoisseurs. Made with hops from Washington's Yakima Valley and steeped after fermentation with whole-leaf hop clusters, it won two gold medals at the Canadian Brewing Awards in 2010. Central City Brewing was also named Brewery of the Year. Its reputation has spread over the Rockies and beyond: When Red Racer was introduced to the Ontario market through the LCBO earlier this month, the shipment of 12,000 cans sold out within 72 hours.

Part of what makes IPA a favourite tipple is its versatility. The full-bodied beer is rich and complex enough to challenge the taste buds, stimulate the appetite, stand up to spicy food and cut through fat, making it a complementary match for Indian and Thai curries or fish and chips. And yet when properly balanced with malt and alcohol, a hop-heavy IPA is dry, clean, thirst quenching and full of fragrant floral and citrus aromas – the perfect summer quaffer.

The large corporate breweries haven't climbed on the hoppy bandwagon, yet. It's been about 30 years since Molson and Labatt brewed an IPA for the mainstream market. Molson-Coors does own Vancouver's Granville Island Brewing, which brews the lightly hopped Brockton IPA in small quantities. And Labatt owns Alexander Keith's in Halifax. But the latter's IPA hop-content is so weak, craft beer makers say that it's not technically an IPA. "Why bother?" asks Howe Sound brewer Paul Wilson.

But how big is too big? And how many IBUs can human taste buds even handle? Experts say the threshold is about 100 IBUs; higher hop weights simply don't dissolve in the wort, resulting in more beta acids, hop-oil hazes suspended in the beer and all-around awful flavour.

"There's too much machismo factor out there right now," says Iain Hill, the brewmaster at Vancouver's Yaletown Brewing Co., decrying the trend toward ever bigger, bolder and bitter hop bombs.

"Hopped beer is akin to oaked wine," he says, urging a return to craftsmanship over marketing. "It needs balance." 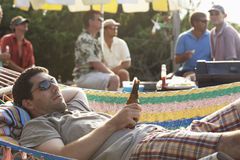 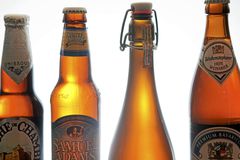