When Giselle Courteau committed to a mid-September deadline for the cookbook she was writing last year, she had yet to learn she'd be working toward a different sort of deadline at the same time. "A week after starting to write, I found out I was pregnant," says Courteau, co-owner of Edmonton's Duchess Bake Shop. "And my son's due date was the same day the book was due at the printer."

After working 20-hour days in the home stretch of finishing the book, a collection of more than 80 mostly French-inspired recipes from her bake shop, Courteau got a break. Her son arrived two weeks late. "So I got a chance to put my feet up and relax a little bit."

That's something new for Courteau, who opened Duchess Bake Shop with her then-husband, Garner Beggs, in 2009. In six years, she, Beggs and a third partner, Jacob Pelletier, have seen Duchess grow from a 1,200-square-foot café with a staff of three to a 4,500-square-foot space that employs 62 – and serves 300 people in the first hour of business on a Saturday. They also own the adjacent Provisions, which sells baking equipment, ingredients and cookbooks (Courteau describes it as a home baker's dream store). Since her cookbook, named after the shop, was published last November, it has won its share of accolades, including best cookbook award at the recent Paris Book Festival.

Courteau spoke to us from her home in Edmonton about her start in professional baking (with help from a trusty toaster oven) and what's next for Duchess, which made BuzzFeed's list of the best bakeries in the world in April.

Did you always want to be a baker?

When I was little, my mom would say if you want cakes and cookies, you have to make them yourself. She was one of those supermoms who made everything from scratch. I would bake with her sometimes and I just loved it. I have an art history degree and when I graduated, I started a master's in library sciences. I dropped out because I realized this isn't what I want to do. I wanted to pursue baking full-time. Everybody was shocked. I was headed toward a decent career with salary and benefits and instead decided to go to this unknown place.

You never got extensive baking training. So how did you learn to create beauties like the Duchess cake, an elaborate marzipan and chiffon cake that takes 24 steps to complete?

After I dropped out of school, Garner and I thought, why don't we go to Japan and teach English and try to save money for this dream. I decided not to get professional training and I spent those four years in Japan teaching myself from cookbooks. All of the famous French pastry chefs have a location in Tokyo. I spent weekends buying [pastries] and would come back to our tiny apartment. We had a toaster oven. I'd cut every pastry in half and try to recreate it. I did eventually make a perfect macaron in that toaster oven. I probably tried 200 times. I have many pictures of epic fails but I'm pretty persistent. And with baking, it's about practice.

How did you go from baking in your toaster oven in Tokyo to opening Duchess Bake Shop in Edmonton?

After four years, we came back to Edmonton and we saw a hole in the market. We wanted to do something French-inspired but still [sell] things like tarts and brownies. Everything had to be made entirely from scratch. We didn't have any experience and lots of people turned us away. But our current landlord met us and liked us. We wanted to open a bakery with a counter. But our landlord said you need a café with tables because people in the neighbourhood want a place to [sit].

We had no money. Garner built everything, my dad painted the ceiling, I put up wallpaper in the bathroom. I didn't know how much to make or who would come. But people came. They came from Day 1.

How did the Duchess cookbook, which you self-published last fall at a cost of $90,000, come to be?

Because I taught myself from books, I always thought it would be amazing to write a book. We looked around for a publisher, but outside of Edmonton, no one really knew who we were. So we decided to self-publish. We went to our bank to get financing and they wouldn't give us anything. We financed some of it ourselves and the BDC [Business Development Bank of Canada] got behind us. If it wasn't for them, we probably would have borrowed from credit cards. We told our printing representative we want 5,000 copies and she said that's crazy, you're never going to sell that many. But we sold 5,000 copies in the first six weeks just out of our shop. Now we have a distributor and people can buy it from Chapters.

What single item do customers go crazy for at Duchess?

Macarons for sure. We were some of the first people in Edmonton to [make them]. They're colourful, they're small, there's no guilt. Our bestseller is the salted caramel.

Can Canadians outside of Edmonton look forward to a future Duchess Bake Shop in their neighbourhood?

What we do is so labour intensive. We make everything from scratch, chocolate garnishes included. I think that's kind of rare these days. And you can taste it. If we tried to duplicate it, the quality would have to go down. No more stores, but we'd love to see you in Edmonton. 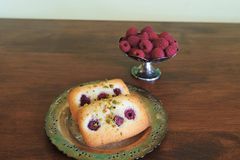 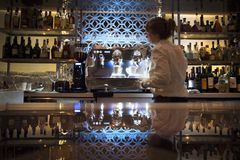 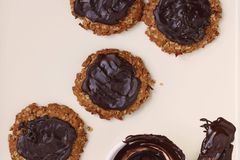