What comes to mind when you think about Canadian food? Poutine? Maple syrup? Ketchup chips?

The average diner is probably unfamiliar with obscure-sounding – but truly Canadian – ingredients such as pennywort (a herb in the dill and carrot family) or pembina (a low-bush cranberry). But to a growing number of chefs, these and other unconventional foodstuffs are at the forefront of a new era of local food.

Known as heritage or heirloom foods, these are genetically diverse breeds of plants and animals from a time before industrial agriculture. They’re increasingly prized for unique flavours and properties, giving rise to a new branch of locavorism.

These five chefs are reaching in their regions’ pasts for inspiration, then using modern ideas to restore long-neglected foods and recipes back into our culinary repertoire. All of them are helping create a distinct cuisine that goes far beyond butter tarts.

In Quebec City, chef Frédéric Laplante serves boreal cuisine, using flavours from Northern Quebec’s culinary history at his lauded restaurants Légende and La Tanière. Most of those foodstuffs are harvested within a 300-kilometre radius, including game meats such as bison, plus wild berries and peppery green alder, all traditionally associated with the First Nations of the Quebec region.

His co-owner and wife, Karen Therrien, says that one goal is to reintroduce heirloom fruits and vegetables back to the region. Laplante is gardening in tandem with a 12th-generation grower known as Médé from Ferme Langlois et Fils to bring ancestral flavours such as wild ginger and chervil root back to the table.

“To respect the food, my husband, Frédéric, then uses [modern cooking techniques] – not to change it, but to bring out all the flavours from them,” Therrien says. Instead of boiling heirloom Jerusalem artichokes, for example, Laplante cooks them sous vide to maintain flavours and aromas.

From the same tuber he also makes an espuma, pickles and chips, which are all used to garnish a fresh crab dish dressed with sunflower oil. 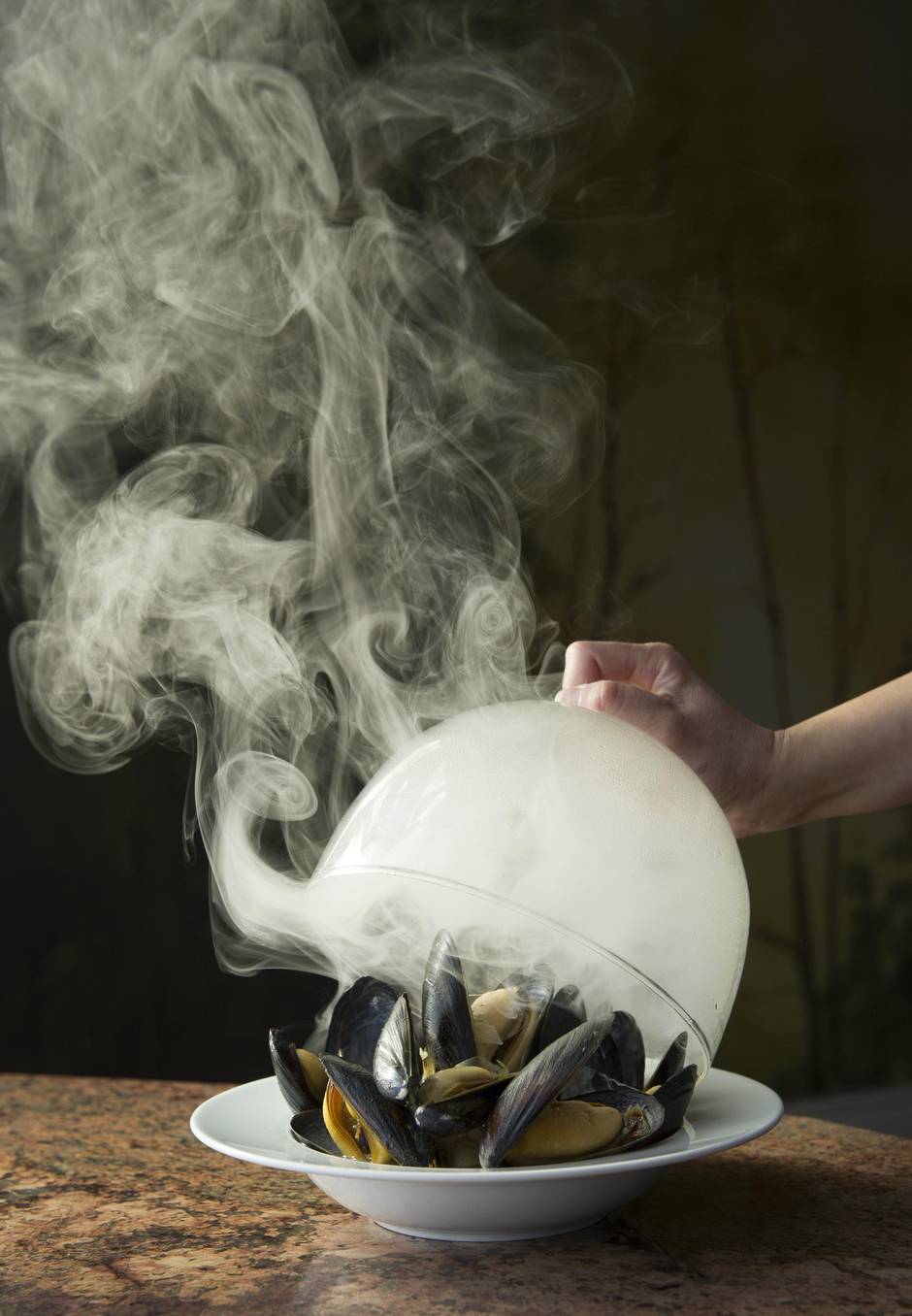 Evelyn Wu first became interested in heritage cuisine when she worked for renowned chef Heston Blumenthal at London’s acclaimed the Fat Duck. During her tenure, she helped develop desserts for his then-unopened Dinner by Heston, which serves modernized historical British food.

Her husband, Wayne Morris, spent years working in Kelowna, B.C., celebrating local produce while trying to decipher the concept of Canadian cuisine. When it came time to open their own place, the couple imagined a restaurant that showcased the flavours of his Acadian and Métis backgrounds and her Chinese culture.

“It all came to a head when we were in a bookstore and saw the book Out of Old Nova Scotia Kitchens,” Wu says. “[We] realized that Canada has an amazing food history that, in its own way, is even richer than England’s because of the indigenous peoples and all the different cultures that settled here and built this country.”

The pair pored over old cookbooks and history books that tracked what colonial settlers ate. In December, they opened Boralia, a restaurant in Toronto that serves contemporary riffs on Canada’s indigenous and imported recipes from as far back as the 1600s. Their research into Native cuisines gave rise to pemmican-inspired bison bresaola (Cree), braised whelk (tribute to Mi’kmaq) served in its own shell and the popcorn grits (Iroquois) in their trout dish.

“We want to contribute something fresh to the food scene by, ironically enough, going back centuries for inspiration,” Wu says.

Take éclade, for example, a dish of mussels buried under a pile of pine needles that Samuel de Champlain is said to have introduced to the first European settlement in Canada at Port Royal. At Boralia, the dish is given a contemporary facelift, the bivalves steamed in a pine-ash-infused butter under a puff of cloche-trapped pine smoke. 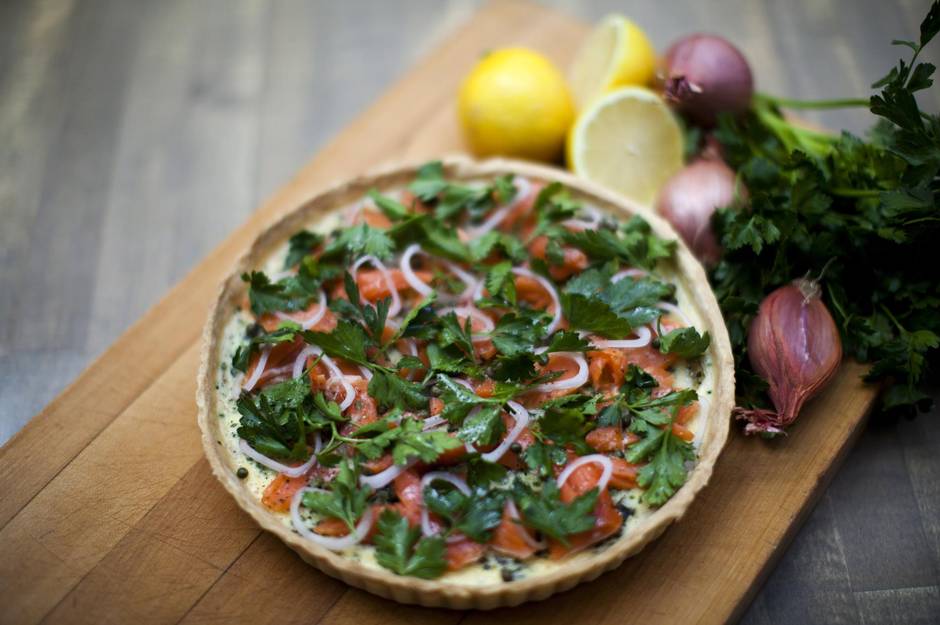 “Being part Hupacasath, I have a deep interest in the cuisine of the First Nations people of the West Coast and of my childhood,” Cooper says. At L’Abattoir, Cooper uses coastal ingredients that were part of traditional diets, such as sea urchins, seaweed and barnacles. He updates the cooking methods and turns sockeye salmon into silky, buttery smoked versions of their otherwise jerky-like selves.

Spring ushers in halibut, which Cooper poaches with a Meyer lemon marmalade. There are also spot prawns, and early produce from the dozen or so Lower Mainland farms whose harvests are already promising kale shoots, fava beans and cherries.

“B.C. has a few different growing regions not too far away from each other, so it allows us to get a great variety of stuff to choose from,” he says. 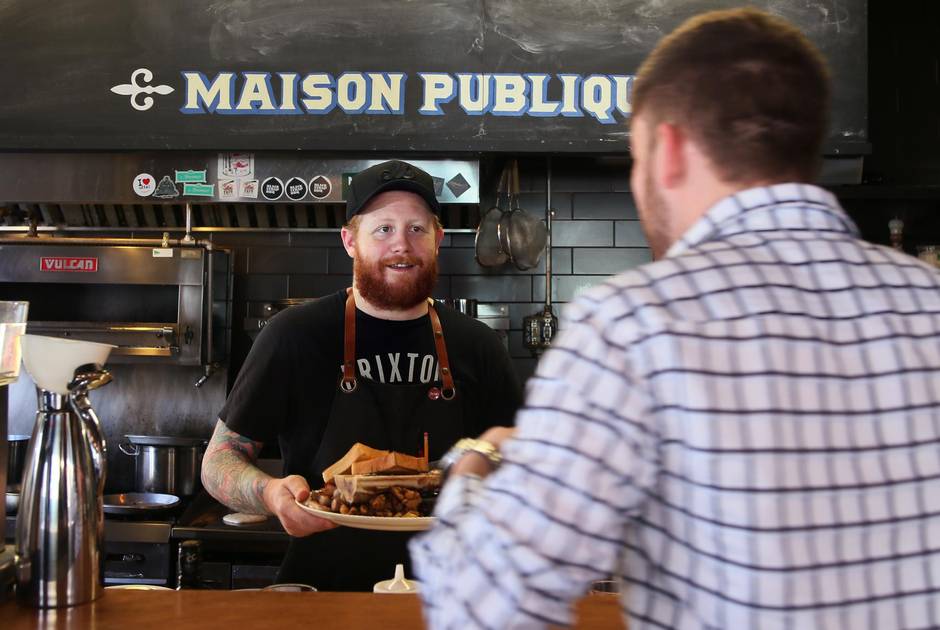 “Ninety to 95 per cent of our stuff comes from Quebec,” shares Derek Dammann, whose Montreal restaurant Maison Publique serves multiculturally influenced Canadian cuisine. At his popular Plateau Mont-Royal space, almost everything on the ever-changing menu is made from scratch.

“For me, it’s more about the flavour,” the chef-owner says. “We’d take all the overgrown, twisted and gnarly stuff from suppliers … because I don’t really care about their appearance.” For six years, Dammann made biweekly farm visits to one of his suppliers, Jocelyn Massé in Howick, Que., often taking along members of his staff.

Because of Dammann, Massé could take just perfect-looking produce to market. “Our relationship was strengthened because of that,” says Dammann. “ … I wanted to start working more directly with farming families as a way to support what they’re doing versus a veg guy who never came to the restaurant and would give me attitude.”

Two of those former staff members, Alex Cruz and Cyril Gonzales, were so inspired they dreamed up Société-Orignal. The boutique company specializes in bringing relatively rare Québécois ingredients to many of North America’s top tables, including Toronto’s Canoe and Buca, as well as Daniel and Per Se in New York. That bounty ranges from raw Laurentian honeydew, marshmallow-like seashore honey from the Gaspésie region, foraged Arctic rose and dried sea-urchin bottarga. 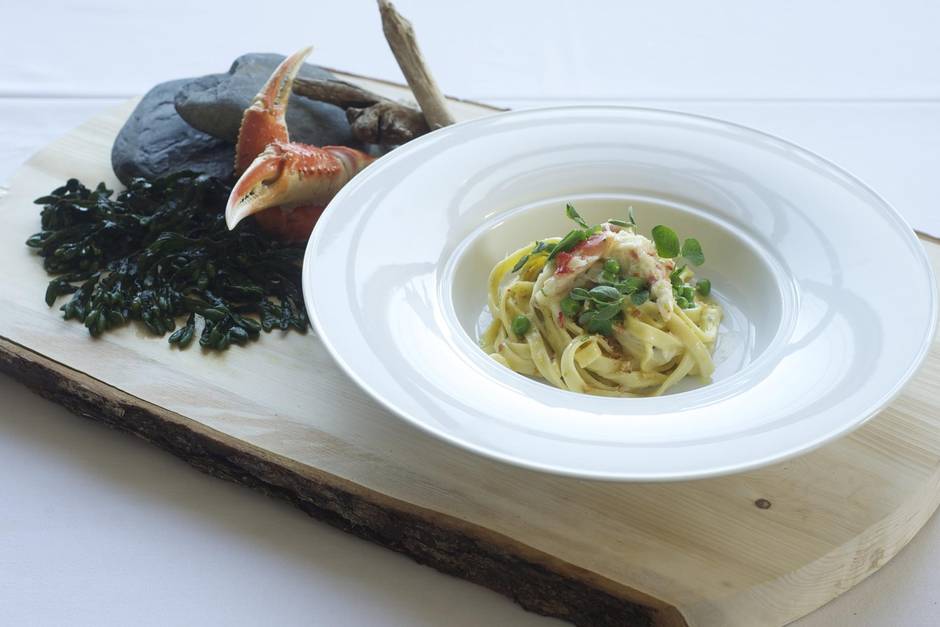 Crab Pasta at Raymonds. (Ned Pratt for The Globe and Mail)

After a decade training and cooking outside of Newfoundland, Jeremy Charles realized that his home province had an abundance of naturally organic, sustainable and quality regional ingredients that were largely unsung. At four-year-old Raymonds in St. John’s, he focuses on fading traditional recipes and wild game such as moose, ptarmigan and seal. Everything – from the hand-harvested sea salt to the flower arrangements using plants from the bogs of Newfoundland – breathes a sense of place.

“We’re one of the oldest cities in North America,” Charles says, “but our food history here was pretty simple peasant food – pretty much meat, potatoes and salt cod.” The chef and co-owner was inspired both by his grandmother’s Sunday suppers. He takes the lowly cod head from his childhood table and serves it pan seared with a white bean and mussel cassoulet.

Increasing education about the local terroir has enriched the food scene, from cheese making (“it wasn’t part of our culture”) to chanterelle mushrooms (“back when I grew up, every mushroom was poisonous”). “I think Newfoundland has really come into its own in the last 10 years,” Charles says. “We’re starting to have that pride in culture and food … and [our responsibility] as chefs and cooks, [is] to keep pushing forward to discover what we have, and to celebrate those things.”

These interviews have been condensed.