Our neighbourhood rejoiced when a Cuban diner opened up nearby in the fall of 2013. The room was cheery and smartly run, with original, inexpensive cooking. My wife and I often brought our son there for after-school dinners. We’d have the tostones rellenos or the guava-braised short ribs with rice and beans and house-made hot sauce.

The servers knew us well enough to remember that we had a soft spot for the made-to-order cinnamon doughnuts. The cooks usually nodded hello when we walked in. And then one day the servers we knew no longer worked there and we didn’t recognize anybody on the kitchen crew. Everything felt different. Our little local, we learned, had aspirations of “growing its brand,” which is business-speak for building more locations.

It had hired a new general manager who’d come from Milestones, who carried a clipboard and gave the servers table-side scripts to recite. No wonder so many familiar faces left.

The diner in me was furious, but my pragmatic side understood it.

To make a half-decent living these days in the restaurant business, you have to attract and retain skilled staff, manage runaway food and real-estate costs and exceed the expectations of an impossibly fickle dining public, all while mostly keeping prices flat. Worse, Canada’s current restaurant economy is what some industry experts call a “steal share game.” 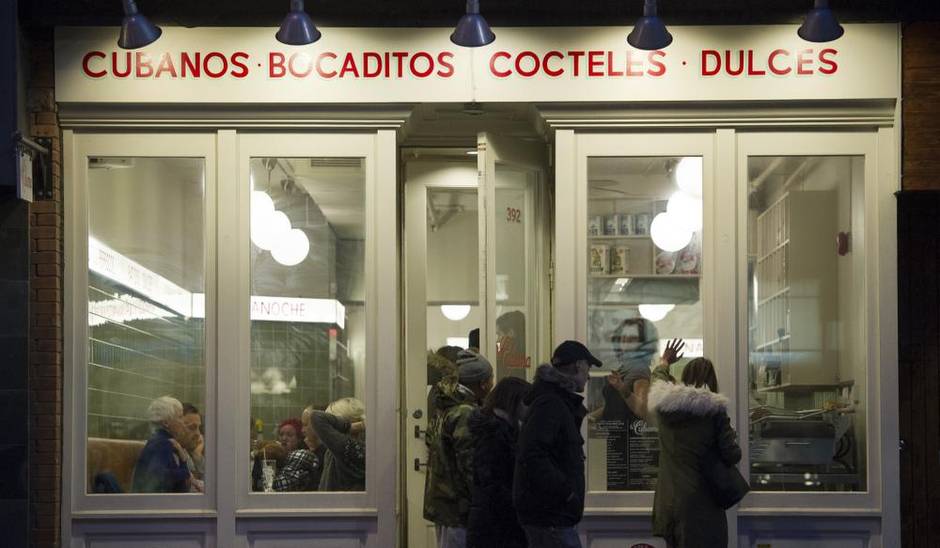 La Cubana restaurant has plans to ‘grow its own brand’ from its single location in Toronto. (Kevin Van Paassen for The Globe and Mail)

“If you’re growing customers or dollars in today’s market, you are literally stealing a customer from the restaurant down the road,” said Robert Carter, the executive director of food service at the NPD Group Canada, a respected market-research firm.

And more now than ever, that restaurant down the road is likely to be part of a multilocation company. Canada is rapidly becoming a country of restaurant chains: You either grow or you get eaten.

In the 12 months leading up to June, 2013, the country’s restaurant industry lost 905 independent places, but gained 52 chain outlets, according to the NPD Group. The firm’s press release announcing those numbers was stark. “Canadians who love the charm, authenticity and inimitable cuisine found only at their favourite local eatery better hurry and make a reservation,” it read.

The takeaway: Independent restaurants are dying off at an epidemic rate, and being replaced by soulless Milestones and Tim Hortons.

More worrying still, the more chains you have, the more chains you get. The entry of a deep-pocketed, brand-driven player such as an Earls Kitchen + Bar or a Joey can dramatically alter a neighbourhood’s commercial real-estate ecosystem, putting rents and lease terms out of reach for independent restaurateurs.

What’s surprising, though, is that the chainification of Canada’s restaurants might not be such a horrible thing.

Your reaction to that statement probably has a lot to do with your definition of a chain. Are we talking McDonald’s here or the wildly popular (and excellent) Burger’s Priest, which has seven locations around Toronto and plans to open one in Edmonton? According to the standard definition – the one the NPD Group used in its latest numbers – a chain is any restaurant with three or more locations. While it’s easy to pull out the torches and pitchforks for yet another Moxie’s location, I’d bet that many Canadians would be happy to get a branch of Freshii, the 100-location (and growing) healthy-food company that started with a single restaurant in Toronto in 2005, or a Caffe Artigiano, the Vancouver-based company with more than a dozen locations that makes some of the best espresso drinks in Canada. 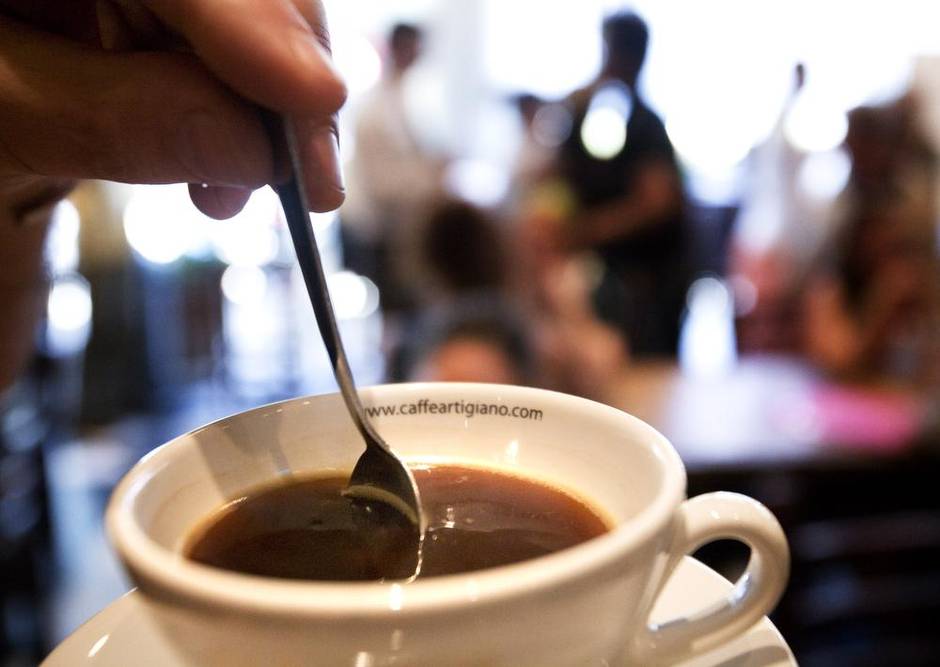 The Vancouver-based Caffe Artigiano has grown to more than a dozen locations. (John Lehmann/The Globe and Mail)

I could say the same about Toronto’s Amaya, Queen Margherita Pizza, Buca, Terroni and Libretto companies. (The last four companies on that list all have dramatically raised the quality bar around the city in their own ways.)

That’s the thing about restaurant companies. There are crappy, bottom-of-the-barrel chains whose food, drink and corporate cultures are proudly, preposterously backward – who rely on a mix of brute market saturation and Stockholm syndrome-level mass delusion to sell their products. (Hello, Tim Hortons.) But then I can think of a lot of crappy independents, too. And there are some pretty good chains (as well as restaurant groups with several distinct brands) that use their size not merely to make more money, but also to do good work.

Few restaurants champion Canadian cuisine as Toronto’s Canoe does. Canoe is the flagship restaurant of the Oliver & Bonacini company, which, come to think of it, also owns a piece of Soma Chocolatemaker, to my mind just about the best bean-to-bar chocolate company anywhere.

Even Earls isn’t so bad. Thanks to Earls, you can now get a pretty good jeera chicken curry or a fillet of Ocean Wise-approved steelhead trout with fennel salad not only in Vancouver and Calgary, but also in Whitehorse and Grande Prairie, Alta. A friend who grew up in Saskatoon credits Earls with turning the city a little more toward the likes of nasi goreng and vegetarian Thai salads where previously steak and potatoes largely reigned.

Jeffrey Pilcher, a food historian who teaches at the University of Toronto’s Scarborough campus, has seen that sort of positive impact time and again. Pilcher edited the Oxford Handbook of Food History; his most recent book, titled Planet Taco: A Global History of Mexican Food, shows how the fast-food industry helped many Mexicans discover their culinary roots. In Pilcher’s research, he found evidence that many people who started with Taco Bell soon graduated to much more grassroots representations of Mexican cooking. (Related: How many indie-loving coffee hounds got their first taste of espresso at a Starbucks? Starbucks didn’t shut down independent coffee shops – it created an enormous new market for them.)

As for that chains-killing-independents narrative, Pilcher isn’t buying it. “To plot out the data and say that chains are putting independent restaurants out of business, that kind of statistical inference doesn’t really hold up because there are so many other factors going on around it,” Pilcher said.

In some cases, the independents that go out of business were going to go under anyway because they weren’t well-run, or didn’t keep up with the times. In other cases, changes to restaurant landscapes are dictated by simple demographics, not by yet another half-hearted Subway turning up. 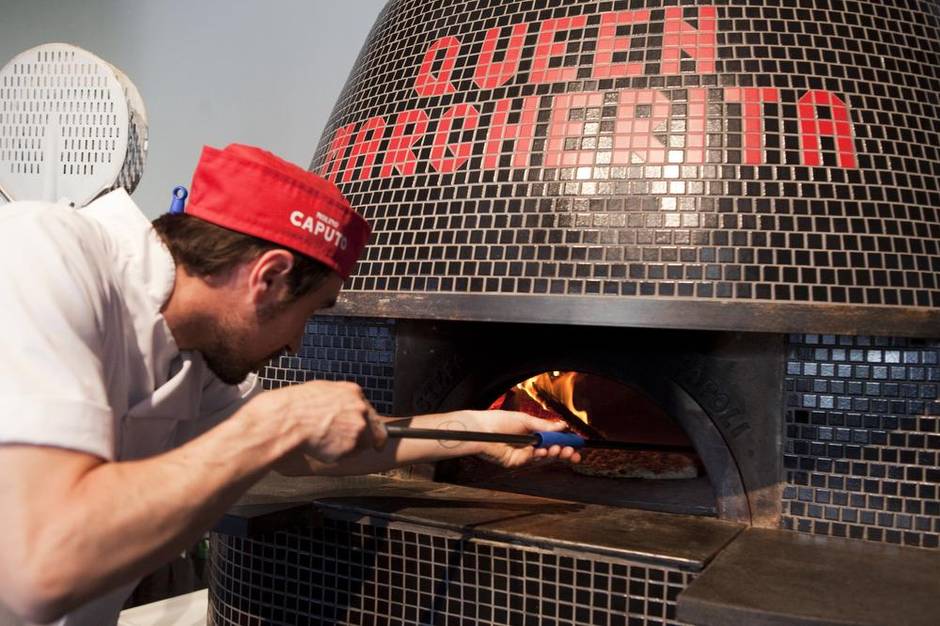 Independent restaurant Queen Margherita Pizza has helped raise the bar of quality pizza in the Toronto. (Matthew Sherwood for The Globe and Mail)

Iowa, of all places, is experiencing a Mexican-restaurant boom of late, Pilcher said, while independent Mexican spots are on the decline in some traditional Mexican-American strongholds. Populations shift, just as economies and eating habits do.

There is no arguing with how much more difficult chains can make it for independent restaurateurs in search of a space, however. Stephen Murphy, a partner behind Toronto’s OMG Real Estate Team, a top hospitality real estate company, said that landlords will almost always pick a chain location to lease their spaces to over an independent one-off; chains typically come with corporate covenants that all but guarantee there’ll be no problem collecting the rent.

But real estate pressure can just as easily come from other successful independent restaurants, Murphy said. When one restaurateur negotiates an expensive lease, it drives up the prices for everybody in the neighbourhood. On Toronto’s Ossington Avenue, one of the most popular restaurant strips in the city, lease rates have doubled on average over the past five years, from around $25 a square foot to nearly $50. There isn’t a single big-box chain restaurant on the strip.

There’s evidence, too, that the fears of chains’ limitless proliferation may be exaggerated. Chris van Vliet, a hospitality specialist with Vancouver Restaurant Brokers, said the city’s Yaletown neighbourhood has become so saturated with chain locations – and the resulting high rents – that most independents have lost interest in the area. “There are a lot of empty spaces,” he said.

And diners can smell a chain-restaurant ghetto. OMG’s Stephen Murphy and his business partner, Ori Grad, recently got called into a meeting with Cadillac Fairview, the development and real estate giant, said Murphy. The company has realized that the old cookie-cutter food-court formula doesn’t work any longer. Diners want authenticity and creativity. And so the company is actively seeking independent chefs and restaurateurs to set up in its malls and developments.

The company told Murphy, “Get us more creatives,” he told me. “Get us the next generation of top chefs.”

As much as independents fear the big, bad restaurant chains, in many areas it’s the independents that drive the most far-reaching changes. The greatest threat to many of the big-money incumbents in Toronto’s financial district lately isn’t Earls or the (as yet unopened) Cactus Club, but The Chase, a lavish and – at the time it was opened, at least – independent restaurant from a group of young investors. (Thanks to The Chase’s success, the company behind it now has four restaurants around Toronto.)

When I was a kid, my family used to go camping in Manning Park, a few hours east of Vancouver. On the way, we often stopped at a roadside diner in Hope, B.C., called Rolly’s Pancake House. I kept going to Rolly’s through my teens and 20s. There was something warm and genuine about the place and I loved the handmade, rosti-style hash browns, and the waffles with whipped cream. 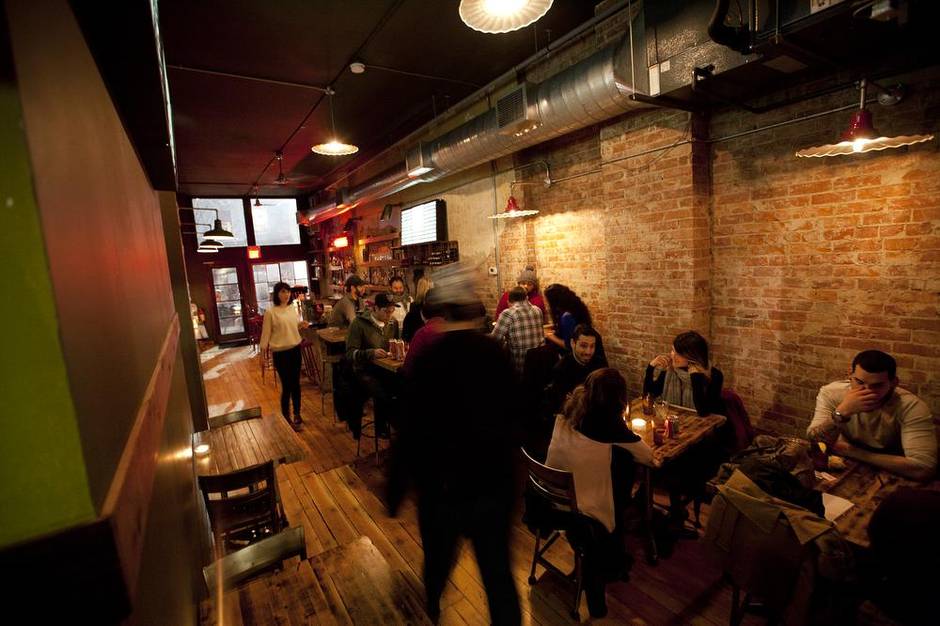 Without a single big-box restaurant on Toronto’s Ossington Avenue strip, where Oddseoul is located, lease rates have doubled on average over the past five years, from around $25 a square foot to nearly $50. (Deborah Baic/The Globe and Mail)

I haven’t been to Rolly’s in a dozen years probably, but decided to look the place up. There’s a Tim Hortons in Hope now, as well as a McDonald’s, a Subway, a Dairy Queen, an A&W, a White Spot and a Swiss Chalet – this for a town of 6,200 residents. If I were the betting type, I would have bet that Rolly’s was long gone.

Rolly’s is very much alive, owner Muriel Young assured me when I reached her. The Tim Hortons ate into their revenues for a couple of years after it opened, but then her business bounced right back. The secret? Consistency. “If you come here with your kids, you will be able to order that same stir fry, or the same Alfredo noodles, or that same hamburger as when you came here as a boy,” she said.

When I pressed her about all the chain restaurants around town, she said, “I say it’s a free country, and it’s free enterprise and there’s room for all of us.”

I kept that in mind a couple of days later, when I took my son back to La Cubana, that restaurant around the corner. I began to wonder why I was conflating the little restaurant – it recently opened a second location – with a megachain.

We hadn’t been in a while and so we didn’t recognize any of the servers, but one of the cooks looked familiar. The cooking was actually better than it had been in the restaurant’s early days.

After the doughnuts, I paid the bill, and our server, smiling like she genuinely meant it, said she hoped she’d see us back there soon.

I’ll never get excited about a Milestones or a Wahlburgers, and I’d still rather drink a cup of tepid gutter water than one of Tim Hortons’ insipid brews. But I have no problem with La Cubana, or with a lot of chains and restaurant companies.