At Barberian's Steak House in Toronto, the Canada Prime steaks are butchered and aged in-house. Hungry beef lovers can tuck into a rib steak or prime rib cooked just the way they like it – and that includes Muslim diners, because for the past year the 58-year-old restaurant has catered to customers looking for a halal 24-ounce porterhouse.

The halal steaks are available for the same price as their non-halal counterparts, said Bob Bermann, the restaurant's projects manager, who added: "Now suppliers are providing larger primary cuts of halal meat, so we are doing the aging and butchering ourselves."

There were more than a million Muslims in Canada in 2011, according to the National Household Survey, double the number of the 2001 survey. That growing population has meant good things for our culinary landscape, as the cuisine of such countries as Turkey, Lebanon and Iran has become increasingly available. More recently, non-Muslim restaurateurs have begun courting this burgeoning customer base, with even traditional establishments such as Barberian's adding halal items to their menus.

Although halal steaks make up less than 1 per cent of sales at the restaurant – about 10 to 12 steaks a week – Barberian's is happy to accommodate customers when it can, especially now that halal options are up to the standards people have come to expect from the restaurant.

"We are getting hand-selected Canadian Prime – the highest grade," Bermann said. "We can have butchery which allows us the flexibility for people who drop in. [People who want halal] don't have to just order the fish."

"Halal" means "permissible" in Arabic, and the restrictions cover not just food but things such as finance and travel as well. A halal hotel, for example, does not serve alcohol and has separate pools or spa facilities for men and women. Salima Jivraj, the founder of Toronto's Halal Food Festival, explains that the list of foods that are not halal is pretty simple: pork, pork byproducts, alcohol and meat that has not been slaughtered in the halal method.

"When it comes to the halal method of slaughter, it is very similar to kosher, but the difference is that you don't need a spiritual leader to do the slaughter. You have a slaughterman who is a practising Muslim," said Jivraj, who is also the editor-in-chief of Halal Foodie, an online directory of halal restaurants in Toronto. "They pray before the slaughter, which involves saying that we're sacrificing the animal in God's name, and the animal has to be cut a certain way. There has to be the least amount of stress for the animal as possible."

More than half of Canadian Muslims live in Ontario, with the majority in the Greater Toronto Area. But restaurants in other parts of Canada are responding to the increasing demand for halal options, too.

At the Ruth's Chris Steak House in downtown Calgary, diners can get a halal meal with 24 hours' notice. General manager Sabrina Raaymaker says only about 1 per cent of all meat orders are for halal steaks, but she believes that will rise as word spreads through Muslim communities.

Raaymaker says the halal meat options are all up to Ruth's Chris standards. "We specialize in Alberta Prime and USDA Prime, and the halal options are all Alberta Prime, raised on grain, specifically barley," she said. "There's really no discernible difference. I've tasted both – they taste the exact same, in my mind."

At least one Canadian restaurateur serves halal meat simply because of its quality, regardless of who's eating it. When Toronto chef Cory Vitiello was sourcing chicken for his chain of fast-casual restaurants, Flock, the best-tasting meat turned out to be halal.

"We chose this chicken based on its quality – the way it tastes, the integrity with which the farmers produce and raise it," he said. "We chose our chicken before learning it was halal." While the fried chicken at his Harbord Street location is not halal, all the birds used for Flock's rotisserie chicken are halal-certified.

Still, Jivraj won't be adding Flock to the Halal Foodie database. The website takes a conservative approach because many devout Muslims may not feel comfortable dining at an establishment that also serves alcohol or pork and where staff may not be trained properly in the preparation of halal food.

And Omar Subedar, a spokesman for the Halal Monitoring Authority, said Canada's largest certification organization wouldn't certify a restaurant like Barberian's. "We don't certify restaurants with a mix of halal and non-halal meat. There are too many variables for us to insure," Subedar said. "Instead, we focus on 100-per-cent halal restaurants where they are catering to Muslim customers or they themselves are Muslim owners." That said, HMA has helped mainstream restaurants understand halal requirements by providing guidelines.

"Restaurants that are interested in halal come from great intentions, born out of the inclusiveness that Canada is known for and that I love," Jivraj said. "But how do you know that all the staff and servers are aware of the halal requirements? Suppliers could change, and if the server isn't aware, they may think they're serving halal but they're not."

"On the flip side, I personally think it's great that restaurants and people who are not Muslim are so interested," she said. "In the long run, it is better for the community to have access to different options."

Bermann recognizes that halal steaks don't make an entire restaurant halal. "We also do kosher steaks with advance notice, but we can't accommodate [ultraorthodox] Jewish and Muslim [customers] due to the fact that there is pork on the premises," the Barberian's manager said.

"Our main thing is to be as inclusive and accommodating as possible and reflect the diversity of Toronto any night of the week."

Indigenous chefs aim to raise awareness of their food traditions
March 27, 2017
Community cookbooks help tell the story of Canada’s past
March 13, 2017
Savagnin blanc: No, that’s not a typo for 'sauvignon.' It’s the name of an unrelated grape better known as traminer
March 7, 2017 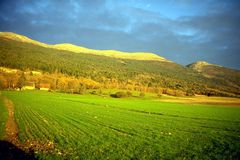