Before the arrival of the Internet, before Gourmet magazine and The Galloping Gourmet, home cooks got recipes from relatives, neighbours and friends, people they knew and trusted to have similar cooking skills or at least ones they could reasonably aspire to. Formulas for dips, casseroles and squares were transcribed onto cue cards and clipped from newspapers and often gathered and reprinted in community cookbooks.

Until fairly recently, the majority of cookbooks in Canada were compiled, edited and published by home cooks: church and women's groups, homemakers' clubs, cultural societies, schools, teams and other organizations, most often as a fundraiser or to raise awareness of a particular group's agenda. Everyone needs to eat and these independently published books delivered the promise that the recipes inside, credited to the contributor by name (or, in earlier days, her husband's name), wouldn't require chef-level techniques and could be made with some level of success by the average home cook.

Many iconic Canadian recipes got their start in community cookbooks: It's believed that butter tarts first appeared in The Women's Auxiliary of the Royal Victoria Hospital Cookbook from Barrie, Ont., around 1900, while the unique layers of crumb, custard frosting and chocolate that make up Nanaimo bars were first written down in the 1952 Women's Auxiliary of the Nanaimo Hospital Cookbook (and in several others in quick succession).

Handwritten or typewritten and coil or cerlox-bound (at one time the most affordable way to self-publish), community cookbooks helped tell the story of a particular time and place, of the way we lived and what brought us together around the table. They documented regional history through the ingredients and techniques that fed our daily lives. Wartime cookbooks addressed the challenge of limited rations, offering food substitutions and recipes for cakes made with scant quantities of fat and sugar. Sports team cookbooks served up fan favourites for game day and Prairie cookbooks contained methods of food preservation useful for those living on farms. Immigration provided a stream of new dishes and techniques that helped build communities and create a deliciously rich and diverse Canadian palate.

Often, printing costs were offset with ads for local businesses staggered between recipes, many of which appeared repeatedly, perhaps with different names, from book to book – they were meant for sharing, after all. While this type of book connected home cooks in a useful, tangible way, they often created larger communities; when a group of 10 friends in Foam Lake, Sask., worked together to produce a series of cookbooks titled The Breast Friends, initially in an attempt to deal with the grief of friends and relatives lost to breast cancer, they not only raised awareness about cancer prevention, but built an online community of supporters. Since 2004, the series of cookbooks has raised close to $2-million for a variety of causes.

Even with the arrival of food-driven TV and online recipe searches, community cookbooks are worth flipping through if you come across a boxful at a garage or used book sale. You may discover A Cookbook Containing Recipes Tested and Proven by the Ukrainian Ladies' Good Will Organization and Friends (1941), with recipes for homemade perogies and the 12 traditional dishes for Ukrainian Christmas Eve dinner, Stir with the Stamps by the Stampeder Football Wives Association (1979) with a definition of football terms between recipes for punch and pigs in a blanket, or the United Farm Women of Manitoba Cook Book (1929), punctuated with ads for the latest farm equipment and buffalo fur coats.

Or you may find a current self-published book from a group connected to your own community, containing the very best baked buffalo chicken dip you've ever tasted. Pass it on. 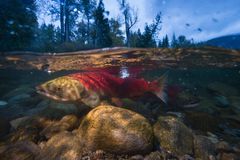 Despite its murky origins, the Caesar is undoubtedly a Canadian cocktail
March 3, 2017 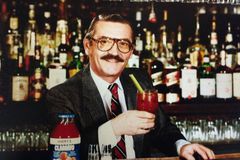 The mystery of the classic Quebec maple syrup can
February 27, 2017 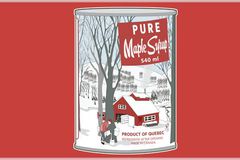