Here's a question that's probably familiar: How do you put a healthy dinner on the table before midnight if you've been working all day?

For decades, food businesses of all sorts have been trying to provide consumers with an answer in the form of a prepared meal – from supermarket rotisserie chicken to frozen entrées to food delivery. According to Industry Canada, only a quarter of Canadian families eat a homemade meal, made from scratch, every day – compared to half of families in 1992 – and these ready-made meals are what people are eating instead. As we become increasingly health conscious, consumers are seeking out more nutritious foods – in marketing speak these are Better-For-You options, or BFY, purchased by a consumer category known as LOHAS, short for Lifestyles of Health and Sustainability. It's a big market. Global BFY sales are worth $160.3-billion annually, according to a 2011 Agriculture and Agri-Food Canada report.

But these prefab BFY options were unsatisfactory to Jessica Prentice of Berkeley, Calif., a city known for its foodie culture and for being, arguably, the birthplace of the local-food movement. Prentice, who happens to have coined the word "locavore," found that people in her community who cared about where the ingredients in their food came from and how they were produced – so-called LOHAS who prefer their purchases to be local and sustainable as well as healthy – often weren't eating their preferred foods, let alone food they cooked from scratch.

"To tell people to cook from scratch one time a day is asking a lot," Prentice said. "It's not that fun or efficient."

So she came up with a novel idea that she called a Community Supported Kitchen, inspired by the local-food movement's Community Supported Agriculture plans, whereby a group of people come together to support a farmer. In this case, people support a business that will make home-style meals the way they would make them on their own – if they had the time. Prentice and four collaborators founded the first one in Berkeley that they called Three Stone Hearth. Since then, the model has spread across the United States and there are Community Supported Kitchens in several states including Illinois, New York and Minnesota. In Canada, there are businesses inspired by the model, like Toronto's Green Zebra Kitchen that delivers gluten-free, vegan meals it makes from scratch. Each one works a little differently; some charge a fee at the beginning of the month to help cover costs upfront, while others like Three Stone Hearth simply ask you to sign up and then order weekly from their preset menu, paying as you go.

These enterprises are a solution to the dinner conundrum and an alternative to the Better-For-You products at the supermarket, as well as yet another – possibly healthier – way to avoid cooking dinner for yourself. While these new enterprises may seem to offer a similar product to the mainstream market, Prentice says they are in fact different.

At Three Stone Hearth, they focus on community and health, sourcing their ingredients from nearby farmers, which is not the norm in the food industry. They also pay their employees at least 50-per-cent more per hour than California's $8 minimum wage (the food industry in California, and the United States and Canada in general, is notorious for paying low wages). At Three Stone Hearth, they also emphasize what they call nutrient-dense offerings such as bone broth and raw milk (it's legal in California). Again, not something you can get at the supermarket. And they make other things you'd have a hard time finding anywhere else, such as the fermented beet drink called kvass and liver pâté from pasture-raised hens. And while foods like these might not sound appetizing, they did look and smell delicious in the kitchen where a group of cheery-looking employees stirred and chopped.

Searching for health in a prefab meal, however, runs counter to what researchers advocate. The authors of a recent study on cooking published in Nutrition Journal conclude that "efforts to boost the healthfulness of the U.S. diet should focus on promoting the preparation of healthy foods at home." Yet outsourcing of food production is indicative of our time: The food we eat is largely being cooked by someone else and often in a factory.

If the answer to healthy eating is to cook it yourself, how can prepared food be the right answer? Prentice is aware of this tension. "My big fear was that it played into the convenience trap and would make people lazier than they already were." However, she finds the soups and stews they make help to simplify people's lives.

Also, there is an economic benefit associated with this kind of small food enterprise, says Lauren Baker, food-policy consultant with the Toronto Food Policy Council. When money is spent on food in a community, the dollars circulate. In her city, she's witnessed a rise in creative food enterprises with echoes of Three Stone Hearth, such as an operation called The Depanneur that offers people in Toronto's College West neighbourhood meals made from scratch, that they can eat in or take home.

But there is a catch. This food is more expensive. The Three Stone Hearth soup, enough to feed a family of four plus some leftovers, and offered in a large Mason jar that is washed and reused, costs $16. "I think the problem is that we spend too little on food," Prentice said. "We've been brainwashed to think food is supposed to be cheap." 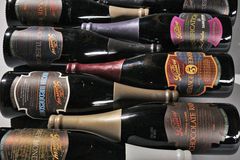 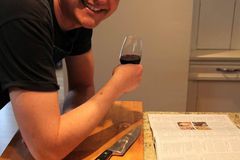 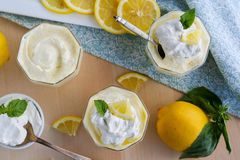