With one bite, I became an irrevocably terrible person. What I did was this: I ate a sentient creature while it was still alive. It was at JaBistro, a Japanese restaurant in Toronto, and I was at the chef's counter indulging in a multicourse sushi meal. About halfway into the experience, the chef grabbed a lobster, dismembered its tail and used the meat to make a piece of nigiri. As I ate it, I watched the lobster's still-living torso writhe in front of me at the chef's workstation.

It was an impeccable piece of sushi, minus the plummeting sensation that I would one day pay for this, with interest, in karma. Still, I was at it again (being a terrible person, that is) more recently at Gonoe, a sushi restaurant in Thornhill, Ont. There, chefs pull octopuses straight from a tank, rinse them and chop them up alive. The cephalopods are served so quickly that the tentacles, in some sort of bizarre reflex reaction, twist and seethe on the plate as you eat them. The suction cups clasp the inside of your mouth. By all appearances, the tentacles are doing everything they can do avoid being eaten.

"There are many ways to cook octopus, but it's very expensive and we consider raw to be the best experience," says Allen Kang, chef at Gonoe. "The first time I prepared it, it was terrifying. You have to cut the legs off, and if you cut slowly, they suck onto your skin. You start to think, if it's sucking so hard, maybe it's painful for the octopus."

Taste-wise, I found raw octopus to be fine, but I've had far better grilled octopus. Chef Kang's question about pain, though, is probably an important one, since the practice of eating things that are alive is fairly widespread, especially when it comes to seafood, where freshness is paramount. Drunken shrimp (in which prawns are sedated with liquor and consumed alive) is a Chinese delicacy; Copenhagen's Noma serves live langoustine and live ants; and at certain sushi restaurants, chefs fillet fish in such a way that they remain breathing as they're consumed (this is known as ikizukuri).

Dr. Jennifer Mather, an octopus expert at the University of Lethbridge, says that sea creatures often have highly developed nervous systems. Oysters or sea urchins, she says, probably don't have sentience, but organisms with bigger brains know what's going on around them. "I've argued that cephalopods have consciousness, so I have to say that this is a brain that perceives what's going on, memorizes, anticipates and reacts," she says. "For me, it's not on the same level, but it's the same process that goes on for us, for the cow, for the chicken and probably for fish."

While the process of eating a live octopus seems barbaric, is it any worse than what other animals regularly go through in our modern industrial food system? "People who produce our meat-based food try to make us forget that it's really an animal," Mather says. "What we're doing to chickens is worse. But I don't think that somehow makes what we're doing to the octopus right."

David McMillan, chef and co-owner of Joe Beef in Montreal, occasionally serves a small variety of things while they're still alive – as long as he sees culinary value in doing so. These items include oysters, sea cucumbers, spot prawns and sea urchins, the late of which continue to move their spines as they're being eaten.

"Some things are delicious alive and raw, but with other things it's kind of a waste," McMillan says. "A live urchin is very special. With a live urchin, the uni will taste like tropical fruit, like banana, mango, passion fruit. Now, the second it dies, it's still good for a window, but it's a downward spiral toward rot."

"If you take a live fish and you fillet it right away and eat it, you probably won't love it," McMillan says. "It tastes like nothing. It's so fresh it's bland. You need like 12 to 24 hours for it to evolve in flavour."

At Vancouver sushi restaurant Miku, chef Kazuhiro Hayashi sometimes serves live B.C. spot prawns as an omakase item. He removes the shell and the head, then places the still-twitching tail on sushi rice. It's called odori, or "dancing shrimp."

"It's just slightly moving," Hayashi says. "We do it to enjoy the texture, and it's also a cool entertainment for the guests to see how it's served. It's kind of crazy. People get freaked out."

Hayashi says that Vancouver regulations prevent him from serving ikizukuri, but if he could do it, he would.

"I don't like to say it's better, but it's different," he says. "I would have one more tool for my cooking. I could have my guests enjoy a different way of eating fish. Because I don't want them to say, 'Salmon, again?'"

John Bil, a veteran seafood purveyor and co-owner of Honest Weight in Toronto, says it's all a balancing act.

"If you're having clams or oysters, they're certainly better when they're fresh, as they contain a little bit of the ocean in them, and they will degrade almost immediately," he says. "Once you get into things that are a little bit more sentient, and have bigger eyes and bigger brains, I'm not sure that the cruelty is counterbalanced by the gain in taste or freshness. You have to ask yourself, as with any food, 'why?' Is it better if it's alive, or are you just eating it for the thrill of it?"Special to The Globe and Mail

A spicy sausage-pâté worth shouting about
February 24, 2015 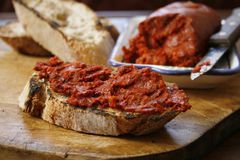 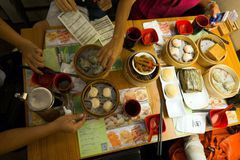 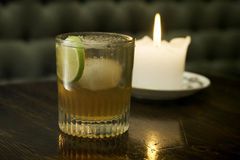 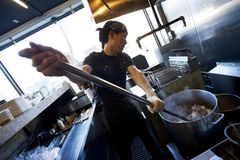