Fishermen have been valued members of society since at least the time of the apostle Peter, a fisherman (and fisher of men) who is still the rock of the Catholic Church. Take Newfoundlander Tony Doyle, the vice-president of the Inshore Council of the Fish, Food and Allied Workers Union, as well as a grandfather of three and survivor of the infamous 1992 cod moratorium. He's a really great guy – and he's getting ripped off by the Canadian government.

Newfoundland was one of the world's largest cod fishing centres until 1992. By then, overfishing, climate change and various other factors had brought the stock to the brink of extinction. So, the federal government ordered a moratorium on the cod fisheries on the East Coast (international law kept European trawlers at least 200 nautical miles away, too).

There is no doubt that in environmental terms, the closing of this fishery was the best thing the ocean has ever seen. The cod have rebounded nicely. Unfortunately, the end of cod fishing devastated local communities. Livelihoods vanished, and there was a mass migration of people and skills away from the Eastern seaboard. Doyle was one of the people who had his life turned upside down. His family had been fishing cod for six generations; his ancestral methodology, crafts and skills became useless, quite literally overnight.

After much retraining and rethinking at their own expense, Doyle and his fellow local fishermen have managed to create something magnificent, something I'm sure Peter would have been proud of. The snow crab industry has no bycatch, the incidental trapping of fish or other creatures that aren't the targeted species. There's also no ghost fishing, which is when a lost trap drifts along the ocean floor, uselessly capturing fish and shellfish forever. The Newfoundland fishers use biodegradable twine that allows the crab to escape from lost pots. They were the first to do that, anywhere.

Today, many who didn't leave are making a good living fishing snow crab. It is without a doubt one of the best fisheries in the world. It's no surprise that after the 2011 tsunami, the Japanese coastal fleet travelled to Newfoundland to learn how to rebuild their fishing community.

I'm still not happy, though. Why? Because I can't buy any of Doyle's catch.

Like all legislation, the laws around Canada's fisheries are extremely complicated, to say the least. In layman's terms, the fish in Canadian salt water are owned by the Crown, which manages quotas, numbers of boats, licences and so on. However, the moment a catch lands shore side, provincial regulations take over. And the grand province of Newfoundland has deemed that fishers can't sell any of their catch from the boat: It must all go through a registered processing plant.

Doyle gets paid $2.45 a pound on his crab by the local processing plant, which takes all of the catch, from all of the boats. He's not allowed to sell me any of his quota; I must buy my crab (overcooked and oversalted) at the processing plant for $7.75. I don't want to. I would rather give the fisherman $7.75 for fresh crab so I can overcook it and oversalt it myself.

This stinks of mafia to me, but I'm a suspicious type. It's just bad legislation. I see the positives here, in terms of processing jobs, but there are obvious negatives. One is the creation of a black market, which is tricky to touch, but believe me, it exists. Another is the loss of potential tourist dollars. Let me explain.

In Britain, John Wallington of Devon Bass Pro Charters is a commercial fisher who has a special relationship with chefs such as Hugh Fearnley-Whittingstall of River Cottage. Wallington has managed to combine commercial fishing with tourism by taking sports fishermen out on his boat with him. What they catch goes into his quota, with those on-board allowed to take home one trophy fish from each species that they've hooked. Wallington is also allowed to sell 25 kilograms of fish directly off his boat at the dock.

This is sustainable management in action. A living coastal community where you can interact with the present as well as the past is the best tourism selling point in the world. A tourist fishery where safety, technique, gear and quantities is regulated by professionals can offer sports fishermen something wonderful and authentic. I can already see their gleeful little faces.

In short, eliminating the divide between fishers and eaters would mean a better salary for fishers, a new type of high-quality tourism, plus marine education, more tax revenue and the chance of keeping the next generation on the coast. Sustainable populations are hugely important for the biodiversity and cultural needs of a global society – I am pretty sure Canadian fishermen, who learned their lesson in 1992, will be the fiercest "gamekeepers" of the restored fish stocks that you can imagine.

Roderick Sloan is a sea urchin diver and ocean explorer in Arctic Norway who lectures internationally on sustainable seafood.

Recipe: Sea asparagus is the most delicious seafood you’ve never had
August 7, 2015 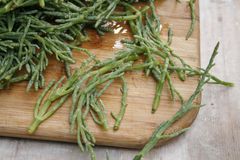 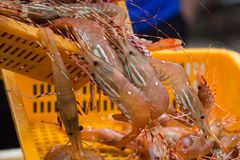 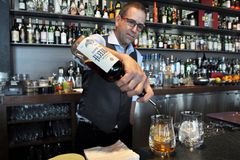