There's been more than enough days this summer hot enough to fry an egg on the sidewalk. But unless you like the taste of street grime, there's a far better way to cook with the sun.

In these sweltering, lazy dog days, even firing up the barbecue can feel like too much effort. So to avoid wilting over a hot stove or grill when I'd rather be lounging in the shade, I decided to build myself a cardboard solar oven.

Solar ovens have long been touted as a cheap and eco-friendly way to feed the world. In places where fuel is scarce but sunlight is plentiful, they're a clean alternative to wood or gas cookers. In North America, several companies market solar ovens to campers and survivalists. But with a cardboard box, a piece of glass or plastic and some tinfoil, you can make a reasonably functioning solar oven on your own. Bonus: You get to feel like MacGyver doing it.

GreenLearning Canada, an Ottawa-based non-profit holds an annual solar oven challenge for students across the country, between Grades 3 and 12. Executive director Gordon Harrison has seen countless designs of varying complexity, the most effective of which are capable of reaching 200 C and can cook anything from bannock to rice casseroles.

"It's really dead simple. There are no moving parts. It's just simply a matter of increasing the intensity of the solar radiation through reflection," he says.

Overcast days, obviously, render a solar oven useless, but Mr. Harrison notes that some students have successfully cooked with them even on icy days in January, as long as they are placed in direct sunlight.

One of the easiest solar ovens to make starts with a pizza box. All you do is cut a flap at the top and line it with tinfoil to act as a reflector, then cover the interior of the box with foil or black construction paper. Next, cover the opening with a sheet of glass or plastic to trap heat inside like a miniature greenhouse, and prop the reflector flap at an angle so that the sunlight bounces off and into the box. Voilà!

The drawback of course is that you're limited to flat foods. I decide to supersize my version.

My solar oven uses two cardboard boxes, the first one roughly 35 cm deep and 35 cm wide, and the second just a few centimetres bigger on each side. I cut the sides of the boxes at about a 40 degree angle to maximize the area exposed to the sun, and remove the tops. Then I cover the interior of the smaller box with tinfoil and fit the smaller box inside the larger one, filling the gap with crumpled newspaper. (I'm hoping the extra reinforcement will provide a little bit of insulation to keep the heat from fluctuating when the occasional cloud rolls past. But more on that later…)

I use more tinfoil to cover a flap of cardboard I've kept at the top, and lay a sheet of glass, taken from a picture frame, over the opening and use a chopstick to prop up the flap.

To be honest, my low-tech contraption looks totally ridiculous. I'm skeptical it will stand up to the wind, let alone heat up. I start small: melting cheese on crackers. I lay the cheese and crackers onto a small, black frying pan and place it in the oven, which I set outside on my patio. It's a sunny day, although there are a few clouds in the sky. After about five minutes, the cheese starts to melt at the edges. But since the clouds intermittently block the sun, when I take out the crackers after 20 minutes, they're as toasty as they'd be if they came out of a toaster oven, but the cheese is coagulated and unappetizing. So much for insulation.

After the clouds have cleared, I give it another try, this time, by frying an egg. Mr. Harrison warns that egg dishes can be dodgy because of the potential health risks of eating them when improperly cooked. But with full sun, I'm feeling ambitious. Sure enough, after about 10 minutes, I have a perfectly cooked egg, sunny-side up.

Next, I try cooking lentils. Be forewarned, solar ovens require a serious dose of patience. This takes two hours compared with 20 minutes on the stove. But it works. It really works! By the time I retrieve it, the pot is so hot, I need oven mitts. The lentils, roughly two cups worth, are nice and tender.

It'll take some experimentation to come up with a repertoire of dishes that don't require a predictable or constant temperature. But already, I'm imagining all the quick breads and curry, ratatouille, and other stewed dishes I'll be able to make this summer – all without breaking a sweat. 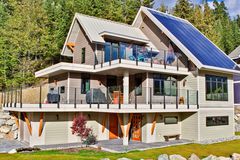 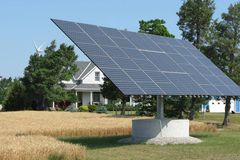