Some flavour pairings – caramel and popcorn, strawberries and cream – seem obviously delicious, while others take a little more imagination to conjure. Such is the case of the chocolate 'rock' that chef Justin Cournoyer sends out with the cheque at the end of each meal at Actinolite, his Toronto restaurant. The little piece of sponge toffee dipped in dark chocolate would taste no more interesting than a Crunchie bar were it not for the presence of a pronounced earthy funk.

"We save all the dried mushroom pieces – pine mushroom, hen of the woods, chanterelle – and we make a powder that we roll the chocolate in," Cournoyer says. "Then we brush a fermented mushroom paste over the top of the rock."

Idiosyncratic as his cooking is, Cournoyer is not the only chef to realize the powerful potential of the choco-mushroom combo. In Japan, René Redzepi's Noma pop-up at the Mandarin Oriental capped meals with cepes dipped in cinnamon chocolate and served on a bed of moss and branches. And at the Fogo Island Inn in Joe Batt's Arm, Nfld., chef Murray McDonald serves Veg & Dirt, which consists of assorted Fogo island pickles, a poached egg and cocoa-and-wild-mushroom "soil."

As it turns out, both mushrooms and chocolate contain aldehydes (a compound that imparts nuttiness) and pyrazines (which enhance roasted flavours), says Bernard Lahousse, partner and science director at FoodPairing.com, a Belgium-based site devoted to exploring the chemical underpinnings of flavour combinations. This explains why the two foods, while seemingly dissimilar, work so well together. "The mushrooms also [bring out] umami in the chocolate," further intensifying its depth of flavour, Lahousse says from his office in Bruges.

According to Vancouver pastry chef Adam Chandler, owner of the award-winning contemporary chocolate shop Beta5, the earthiness shared by cocoa and mushrooms likewise make them complementary. "There are so many different flavour profiles inherent in different types of chocolate, depending on where they come from in the world. One that has a real earthiness is from the Dominican Republic," he says of the chocolate he uses in a truffle filled with a creamy morel ganache.

"We wanted to enhance it with the earthiness of morels," which are among the first funghi to show up at farmers' markets in early spring, he says.

"I love how this [pairing] plays into the history of the chocolate truffle," Chandler adds, referring to the ganachefilled confection's resemblance to the black mushroom it was named after.

The truffle recipe here, inspired by the choco-mushroom offerings at Beta5 and Actinolite, is an easy way to introduce yourself (and guests) to the novel pairing. Serve these chocolates at the end of Easter brunch for a sophisticated finish or bundle them up as a take-home treat. Unless there are very small children around, no one will miss Mr. Solid.

Recipe: Mushroom Chocolate Truffles
April 2, 2015
Whether you’re celebrating Passover or Easter, these wines will go great with your feast
April 2, 2015 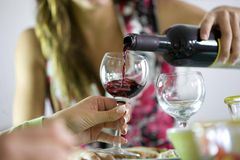 When my ex left me with a freezer full of Newfoundland foods, I ate it all, on my own terms
March 31, 2015 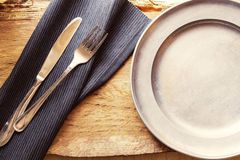