They're seemingly everywhere, every day – overrunning quiet neighbourhood streets and popular downtown strips. As the heavy hitters muscle out the new kids, others go rogue.

Politics, bickering and strict guidelines abound. Some fail, some thrive. It's almost tribal.

What sounds like a burgeoning turf war is considerably more pastoral: Edmonton's farmers market scene. Driven by a burgeoning local-food movement, the Alberta capital has seen an explosion in both the number and size of its farmers markets. There are at least a dozen within the city limits, a dozen more in surrounding bedroom communities and 130 scattered across the rest of the province.

The competition is stiff, and with it have come pitfalls. The big markets, which tend to thrive in wealthy neighbourhoods, are snapping up the best vendors, which particularly hurts the smaller markets. Vendors jockey for positioning (as such, some markets don't let two vendors sell the same thing) and bicker over whether fruit is, indeed, local – one vendor complained publicly this month about an invasion of American fruit. Meanwhile, neighbours complain about traffic or road closings.

"I will say that there's always going to be politics," says Kirsta Franke, who launched one of Edmonton's two latest efforts, 124 Grand Market, along the western fringe of downtown in late May. Though it has been swarmed with people, the reviews haven't been all positive: One company for instance complained to the local business association about its location.

This year's other new market, in the suburb neighbourhood of Windermere, took root in a Canadian Tire parking lot. Its manager, who also runs a market just east of the city in Sherwood Park, has little patience for bickering. "Basically I'm going to nip it in the bud, saying I'm not going to babysit you guys," says Gary Woitas, a car salesman turned kettle-corn vendor who runs both markets. "We have three rules: 'show up, make money, go home.'"

The markets are spread out over several days, each trying to carve out its niche. They have helped to revitalize stretches of Edmonton – perhaps nowhere more so than downtown. Since moving to its new location eight years ago, the City Market has seen its number of vendors increase sixfold. It now gets an estimated 28,000 shoppers on a sunny Saturday, board chairman Dieter Kuhlmann says.

But not all make money. Last year, a market was launched in the southeastern neighbourhood of Summerside, where the residents association was looking for a way to breathe life into suburban streets.

"An idea that came up was the farmers market," says Kayla McCarthy, who ran the market for the association. "Little did we know, everybody on the south side had that opinion." It lasted only one year, and the association balked at covering its losses.

It costs roughly $10,000 to set up a summer market, Ms. Franke adds, money typically covered by grants or sponsorships. Ms. McCarthy's folded when funding dried up.

Among those that survive, though, not all are created equal.

Some are "approved," meaning that they're supervised by the province and have to adhere to certain rules, including that 80 per cent of vendors must "make, bake or grow" their product in Alberta (a challenge, since the province produces very little fruit, and B.C. cherries, strawberries, apples and other fruit don't count as local). There are just two provincial employees to handle everything – they try to visit each market once every three years – and there's barely enough fresh-grown food to go around.

"We're getting to the point where there's just not going to be enough vendors to stock the markets," says Delores Serafin, one of the two provincial staffers.

If a market is not "approved" and listed on the provincial SunnyGirl.ca website, it's "public," meaning that they're basically rogue, subject to health inspections but not to requirements that a certain proportion of products be locally grown or baked.

Among the approved markets, there are also battles: Eight have paid to join the Alberta Farmers Market Association, while four aren't listed and apparently haven't bothered, creating a second class when it comes to advocacy. The association freezes out those who snub it ("AFMA is responsible to its MEMBERS only," president Debbie Mertin wrote in a letter to a Globe reporter), but it says there are challenges facing the industry.

"It gets very political when you get into people making big money on the reselling of the fruit," Ms. Mertin said in an interview. "Who's the farmer and who's really not? Who's going to police it? And it's a big deal. And it would cost a lot to police the whole thing." It's left to markets to largely self-regulate.

Many market clients shop several of them each week. "I try and buy as much as I can. I believe in supporting Canadian and Alberta producers," says Brenda Jorgensen, who bought beets, radishes and cherries at the 124 Grand Market.

Consumers are winning out, with a glut of options competing for their business. Mr. Woitas's Sherwood Park market began as a protest against an existing one with strict rules – but both are now thriving.

"The market world is a very small world, and people do a lot of talk – good, bad or otherwise," he says. "Mostly good." 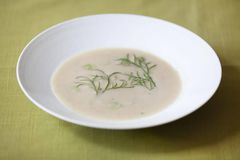 How to get the most out of the farmers market
August 7, 2011 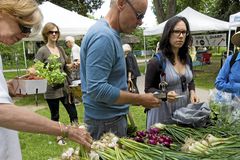