The ponds near Melanie Gisler's Corvallis, Ore., home were lousy with bullfrogs. Whenever the restoration ecologist went hiking, the banks would come alive as they hopped to safety. Their exodus to the waters resembled a swarm of lemmings. The cacophony of chirps and croaks was deafening. So Gisler found a pragmatic approach to tackle the invasive species: She ate them.

Bullfrogs, which are native to central and eastern U.S. and Canada and relatively new to Oregon, were eating any creatures they could fit into their gaping mouths – newts, mice, ducklings and garter snakes. Not only did they compete for food with native animals, they consumed rare aquatic species, like western pond turtles and a fish called the Oregon chub. So on summer nights, Gisler and her husband Steve slipped on old tennis shoes and blue jeans and waded out into the bullfrog-infested waters. The bright beams from their headlamps momentarily stunned the Nerf-ball-sized croakers, giving Steve enough time to spear them with a trident attached to a long pole and deposit them in a bag, which she held.

The couple removed the frog legs, then skinned, cleaned, breaded and fried them.

"They taste better than chicken – chicken with a little, kind of, extra flavour."

Invasive species are estimated to cost at least $1.4-trillion globally. Left unchecked by their natural enemies, they thrive outside of their native habitats, wreaking havoc on farms, fisheries and private properties.

Ontario's Ministry of Natural Resources and Forestry anticipates that invasive Asian carp could cause significant damage to the province's $2.2-billion recreational fishing industry if it is introduced to local waters. A burgeoning movement of environmentally minded eaters is joining the fight with knives and forks.

In Corvallis, Gisler's bullfrog hunts inspired her to organize an annual invasive-species cook-off through the Institute for Applied Ecology, an environmental conservation organization where she worked. Now in its third year, the "Eradication by Mastication" event has evolved from a modest potluck to a formal fund-raising competition that draws hundreds of guests, eager to taste dishes made from bullfrog legs, sheep sorrel and even nutria, a large, pesky rodent native to South America.

Intrepid U.S. chefs are piquing diners' interest with dishes and recipes featuring invaders like lionfish and Asian carp, or silverfin, as it's also more appealingly named. Meanwhile, websites such as Invasivore.org and Eat the Invaders offer recipes and tips on where to find invasive pests, from rusty crayfish and green crab to Himalayan blackberries.

Canada has been slow to join the movement. But in Toronto, Jon Hayes, family programs co-ordinator of the High Park Nature Centre, plans to introduce an adult workshop on edible invasive plants next year.

"People have clued in [to] eating wild foods, but not necessarily the benefits of eating invasives," he says. Hayes forages for invaders like garlic mustard and black-locust flowers along the streets and in back alleys near his home. (He emphasizes that improper harvesting can actually encourage their growth by spreading seeds, for instance, or disturbing the soil.) He likes to make garlic-mustard soup and pizza topped with garlic mustard, which he says tastes similar to rapini, as well as black-locust flower fritters, which he describes as having a sweet, vanilla-like flavour.

At the Winnipeg office of the non-profit Nature Conservancy of Canada, Carly Dow sees the promotion of eating invasives as a way to educate the public about the environment. Dow has written about the virtues of eating alien plants like kudzu vine and Himalayan balsam, and has experimented with cooking dandelion and burdock, both invasive species from Europe.

But how big a bite can the movement take? Even the most enthusiastic invasivores say it is impossible to completely eradicate alien species solely by eating them.

For one thing, convincing people to try ingesting unfamiliar food, like nutria meat or bullfrog legs, can be a challenge. And while government regulations, such as bans on the transportation of certain creatures or restrictions on selling wild game, protect wildlife and public health, they also mean a lack of distribution systems for many invaders. "If you want to buy nutria, well, good luck. You can't buy them," says chef Philippe Parola of Baton Rouge, La., an advocate for eating invasive species. He notes it is impossible for restaurants to include many such game animals on their menus.

Instead, he says, chefs can do their part as he does, by participating in cooking demonstrations and special-event dinners that feature invasives to encourage people to harvest and hunt them themselves.

Complicating matters, a species becomes increasingly difficult and unprofitable to catch or harvest when more people target it, says Andy Deines, a researcher who studies invasive species and co-founder of Invasivore.org. "So just at the point where … the population is getting to a level where it's reducing impacts, that's when it gets really expensive to continue to reduce the population or to catch species," he says.

Plus, there's a risk that invasivores might do too good a job of convincing people to eat certain species. If popular enough, people might want to prevent their demise, adds Tom Kaye, executive director of the Institute for Applied Ecology back in Corvallis. In Hawaii, he notes, invasive feral swine cause significant damage by eating native vegetation, but are hunted to sustainability levels because they are popular game. "That would be counterproductive," he says. "The goal, of course, is eradication of these species."

At best, consuming invasive species is only one weapon in that struggle, Kaye says. "These species are so pervasive and so well-established, in many places, it would be very difficult to eat our way out of this problem."

Spam is back: How the tinned luncheon meat is going upscale
May 11, 2018 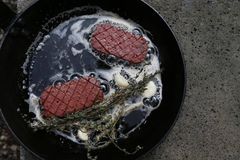 Go beyond garden-variety garnishes with edible plants
May 11, 2018 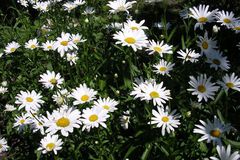 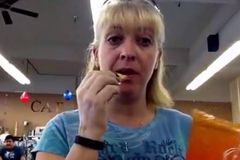