Most of us don't spend much time considering the intersection of food and law, but the rules around what we eat determine everything from whether whale meat is legal to how an E. coli outbreak is contained. Glenford Jameson, on the other hand, thinks about this stuff all the time.

The Toronto lawyer hosts the podcast Welcome to the Food Court, where he discusses the latest hot topics in Canadian food law. He'll also be a speaker at the Terroir Symposium at the Art Gallery of Ontario next week, discussing how restaurant industry folk can advocate for the changes they'd like to see. The Globe asked him what issues would get a group of food lawyers all riled up at a dinner party.

First of all, beyond getting the Hamburglar out of a jam, what does a food lawyer do?

Food law is a relatively new discipline that seeks to merge agricultural law with regulation and other areas, and create something that's more food-systems focused, in a field-to-fork manner. I run a corporate commercial solicitor's practice. My company interfaces with the Canadian Food Inspection Agency and Health Canada, but we service clients up and down the food system, including distributors, hospitality outfits, entrepreneurs and, occasionally, farmers.

What type of issues do you handle for these clients?

Food regulation, contracts with producers, scaling up, evaluation, market making, procurement, supply management, recall policies. It is one of the last sectors to move away from doing business on a handshake.

And what big issues are on the horizons?

My doctor waited until my flu became pneumonia before prescribing antibiotics. How prevalent are they in food?

We're talking about antibiotic resistance in agriculture production. Health Canada is all ears on this. They're terrified of antibiotics and we use it a ton in chicken and pork  production, eight or nine times higher than what we prescribe to humans.

Why is that a problem? Doesn't that just make chickens and cows eight or nine times more delicious than us?

All feed that cattle will eat at most farms will have some level of antibiotics in it. The rationale for that is it helps the animal grow and prevents infections. But what it also does is kill off bacteria. Concentrated animal-feeding operations appear to be breeding grounds for antimicrobial resistance or antibiotic-resistant bacteria.

I'm not a scientist or doctor, but increased antimicrobial resistance means that we may not possess the tools to stop an infection from the most mundane of injuries.

The worst case is heading back to the age before common antibiotics, where a small cut could mean amputation or death.

Zoiks. Okay. What are we doing about food waste?

We waste a lot of food. There is a proposal headed up by the Canadian Federation of Municipalities to create a tax credit for producers, distributors, for anyone, who donates food.

How will that work?

Something that we've already done in Ontario is create a tax credit for 25 per cent of the value of the donated food produced by farmers, to charitable organizations.

Does this extend to distributors?

It exists only for farmers. And it's only 25 per cent of the fair market value. What's being proposed is to expand that across the system, from farmers through to Loblaws.

Are most of these businesses already donating this food and now they're going to get a tax credit? Or they weren't, because it's a hassle, and the hope is that a tax credit will make it an incentive?

If you live in St. John's, where there's no Food Share or Second Harvest or Daily Bread, the collection of food recovery is not great. So – where do they currently send their wasted food and, if there was a tax credit, where would it go? Would that be enough impetus to create a not-for-profit to recovery the food and process it? It's a question of capacity.

It's not doing anything about food waste. It's rewarding companies for being good corporate citizens. Grants for infrastructure for food recovery organizations would be more impactful. For Second Harvest to get more efficient freezers so that less of their food rots would be more meaningful way of dealing with food waste than giving Loblaw a tax credit for doing something that it's currently doing.

Editor's note: Antibiotics are used in chicken and pork production. The 25 per cent tax credit exists in Ontario. Incorrect information appeared in the original version of this article. 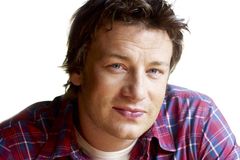 The primal Jewish food, matzoh is about affliction, not taste 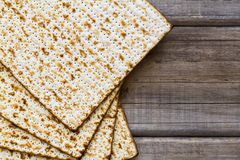 The New Mediterranean Jewish Table is a work of culinary academia 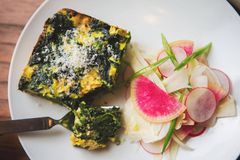