Although only in cheese infancy, Taliah – a clothbound sheep's-milk cheddar from Quebec – already has a great deal of buzz. I recently received an e-mail with the subject line "Blindingly Good Cheese" from a colleague asking if I had tried this amazing new fromage. Then I heard that Toronto's Nancy Peppler of Nancy's Cheese (a specialty cheese shop) calls it a "best in show" kind of product.

Needless to say, expectations were high when my package arrived and I found myself looking at a large chunk carved off a 10-kilogram wheel. Clothbound cheddars, with their mottled, threaded rind, crumbly interior and rich, creamy tones, tend to evoke artisanal romanticism.

Taliah has a welcoming aroma that is clean and earthy. Made from unpasteurized milk (not raw but thermized, meaning it undergoes heat treatment but not at high temperatures as in the pasteurization process), the wheel is aged 10 months to a year. I tasted sweet, clean milk notes woven with a gentle tanginess and a good balance of salt. The finish mirrored what I love in a good, aged sheep's-milk cheese – mellow, creamy notes that have complexity and length. The texture clinched the deal, crumbly but not dry. Taliah had a smooth richness in each bite, with the added bonus of those crunchy tyrosine crystals one finds in a Parmigiano-Reggiano.

I was introduced to Alastair Mackenzie, one of the partners responsible for the Taliah, in 2009 when he was making a luscious sheep's-milk blue cheese called Bleu de la Moutonnière; I caught up with him again recently to discover he'd been working on this British-style cheddar. Between cheeses, he had changed dairies; originally a partner with Lucille Giroux at La Moutonnière, he has teamed up with Valérie Brousseau, owner of Taliah farms in Saint-Christophe-d'Arthabaska, to create an unusual style for the French-Canadian market.

So how did Mackenzie and Brousseau end up perfecting an English classic in Quebec? Although many people told him it wouldn't sell, he knew that cheese counters were already overflowing with washed rinds and tommes. He hired cheese specialist Neville McNaughton to consult on the recipe (McNaughton had also consulted on the award-winning Lindsay Clothbound Cheddar from Ontario). Then, they had to wait a year to try the first batch. "I was a bit nervous and also really excited to try the first one," Mackenzie says, "but after we ate about one kilo each we thought, yeah, it's pretty good." Customers were also enthusiastic.

The decision to use sheep's milk was easy. Both partners had herds of their own, which they merged on Brousseau's farm, and Mackenzie has farmed sheep his whole life, originally in his native New Zealand. In fact, sheep played a key part in the Mackenzie family history – his great-grandfather fled Scotland after being caught by a gamekeeper stealing a sheep; not wanting to face punishment, he took a boat to Nova Scotia, then Australia and eventually New Zealand (where he finally got some legit sheep of his own).

Still fairly exclusive, the Taliah is available in Toronto at Nancy's Cheese and through Lise Morisette (lise.morissette@plaisirsgourmets.com) at Plaisirs Gourmets, the Quebec distributor.

Sue Riedl blogs about cheese and other edibles at cheeseandtoast.com

Flavoured Gouda can hold its own on a holiday menu
October 7, 2014 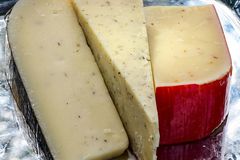 Brie and Camembert: a win-win whichever you choose
September 9, 2014 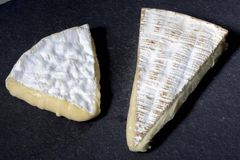 Cheese spider graphs are for a true curd nerd
October 28, 2014 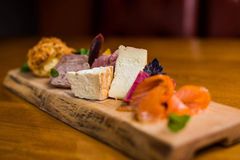 Think outside of the cheese board by adding veggies
June 1, 2014 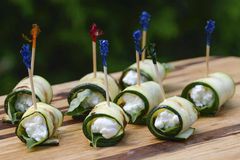