Correcting my fridge vision wasn't something I deliberately set out to do. It was, instead, the unintended result of becoming a part-time, stay-at-home parent, when it made more sense for me to take over duties in the kitchen – a place where the list of my responsibilities previously comprised making coffee and grilled cheese sandwiches.

In that former life, I have stared into the fridge, observed a jumble of differently shaped objects of various colours and collapsed from mental exhaustion. "Where's the mustard?" I call to the other room. "It's in the open-your-eyes section," was the usual answer from my wife, but with an additional, more colourful word thrown in. But now that I've been house cook for six months, locating the soy sauce on the middle shelf of the door, or remembering a half-used cucumber in the crisper, is a snap.

This fridge clarity, I've come to think, must mean that my brain is evolving. I can almost hear the new hum in there.

You may have heard refrigerator blindness referred to as "male refrigerator blindness." When I made Facebook inquiries on the matter, it invited comments such as, "OMG, my husband has NO CLUE what is in our fridge or pantry, except Kraft Dinner, pepperoni sticks and cheddar cheese. (Not even other kinds of cheese.)" According to Norman Doidge, author of The Brain That Changes Itself and a leading thinker in the field of neuroplasticity, there's some justification for calling it that.

"On average, women are much better at object recognition (so actually better able to see that small bottle of anchovies hidden at the back of the fridge, camouflaged by all the different shapes and colours)," he wrote in an e-mail, citing research by Simon Fraser's Doreen Kimura that shows how sex hormones influence our brain functioning. "Men, on the other hand, on average, are better at visual spatial rotation (rotating images, or maps, in their heads)."

These findings, he said, have been replicated in other studies, some of which use ancient ancestry as an explanation: Men were out hunting large areas while women stayed closer to home, focused on objects in detail.

To any fridge-blind man, I wish you luck in using the it's-just-my-male-brain-heritage excuse for not seeing what's in the fridge. In an age when men and women often balance domestic duties, what's more relevant is that, within some limits, the object-recognition processors in our brains can adapt. "If you are doing that work regularly and with gusto, those circuits will form some increased connections between the individual neurons, and fire faster, sharper signals," Doidge confirmed.

My survey of friends, acquaintances and randoms online brought forward no one else like me (although I'm sure they exist). I heard from, instead, a handful of men who had long possessed perfect fridge vision.

Jared McSween, a 45-year-old father of two kids under 7, has always been his household's primary cook, and his brain changed much earlier than mine. Raised by a single mother in a house with three older siblings, he performed solo food preparation as young as 6, and eventually embraced cooking as something that would give him, the youngest, some power and control. As a teen, he enjoyed the caretaking aspect of cooking for his whole family.

While a man who takes the lead in the household kitchen is certainly not new, McSween's experience confirms we still carry our evolutionary assumptions and judgments. "Within the context of family and close friends, I have a huge amount of security and pride when it comes to this role," he says. "With some other folks or social circles – guys at the hockey rink or in business meeting – there is some insecurity about speaking about it."

Meanwhile, he pointed out the other blindness we have when it comes to domestic duties. When people make a huge deal about how great it is he does all the cooking for his family, he understands the praise as a double standard. "I have some friends whose wives do this work and they don't receive the same accolades," he says. "And I would never say to my buddy, 'You're so lucky to have your wife doing all that.'"

Indeed, the greatest benefit of overcoming a domestic blind spot may well be the retrospective empathy for the mental load your partner has carried for so long. That, and quick access to mustard. 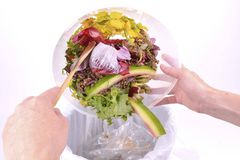 The most annoying meal of the day: How five families solve the dinner dilemma
January 26, 2016 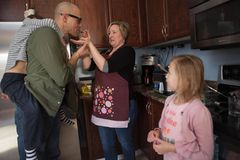 Ten tips for coaxing the best flavours from your slow cooker
November 15, 2016
Follow Micah Toub on Twitter @MicahToub
Report an error Editorial code of conduct
Due to technical reasons, we have temporarily removed commenting from our articles. We hope to have this fixed soon. Thank you for your patience. If you are looking to give feedback on our new site, please send it along to feedback@globeandmail.com. If you want to write a letter to the editor, please forward to letters@globeandmail.com.
Comments