A few years ago in Bari, at a long wooden table on an ancient stone terrace covered by an arbour of vines, I was presented with a plate of pasta accompanied by a stick of something that resembled fudge. It was bottarga, I was told, and I was instructed to grate some over the tangle of seafood pasta before me. "Piu, piu" – more, more, my hostess insisted, laughing at my tentative application. Soon, a deep, rich aroma – savory and funky in just the right way – rose from the noodles as a small pile of golden shavings formed.

The first silky bite was show-stopping: deep and intense, full of umami but bright and complementary, overwhelming only in its deliciousness. I was hooked.

Now considered a delicacy, bottarga is one of those luxuries that started life as cucina povera, or peasant food. High in omega-3, it's made from the roe sacs of fish, usually tuna or grey mullet. The roe is removed whole in its own little pouch, massaged to remove the air, then dried, cured in salt and aged for anywhere from a few weeks to several months. When the roe is at its peak ripeness, it's dipped in beeswax to preserve it.

The finest versions can be served almost like cheese, simply sliced with flatbread and good olive oil or grated over pasta. In Lebanon, it's eaten thinly sliced with raw garlic. Bottarga also pairs well with artichokes and zucchini, makes a luxurious topping for scrambled eggs and, blended into a compound butter, is a fine dip for radishes. At home I serve it grated on top of spaghetti that I've tossed with oven-roasted grape tomatoes, plenty of parsley and garlic that's been gently sautéed in olive oil.

The tradition of salting and preserving roe goes back to the Phoenicians and was prized in ancient Egypt. Today it's found throughout the Mediterranean, but is most popular in and around coastal Italy. In Sicily, locals are partial to a version made from tuna roe, while the grey-mullet version is most popular in Sardinia and Liguria. That's the kind I first tried and, frankly, still prefer, since the tuna version tends to be saltier and more intense.

Lately, bottarga has been popping up on menus all over the New World, including quite a few in Canada. Rob Gentile, chef of the contemporary Italian restaurant Buca in Toronto, serves it with scialatelli, a thick, hand-cut pasta that pairs well with seafood. "We make an onion sofrito [a rich, aromatic sauce] and cook it out with bottarga powder," he explains. "Then we add amido [the starchy water that remains after pasta has been cooked] and use it as a binder. We toss the pasta with this crema of bottarga, take really good prawns, chop them up and scatter the raw prawns over the pasta, then take the stick of aged bottarga and grate it so there are two layers of bottarga in the dish."

No longer content to work with an imported product, Gentile is going to start making his own bottarga using grey-mullet roe from a sustainable fish farmer in Florida who raises the fish specifically for their eggs. "The interesting thing," Gentile says, "is they sell 90 per cent of this product to Italy, so there's obviously a lot of mullet in the Italian market that comes from [outside the country]."

Matthew Sullivan, the chef behind the popular Boxed Toronto pop-ups, was so inspired by bottarga that he's been making his own with proteins besides fish roe. "I guess you could call it a fauxttarga," he tells me. "I used a pork kidney that I cut to look like a regular bottarga, salt-cured it and smoked it, then hung it for a few weeks. I grated that over a pork-blood mousse with cotechino [a cooked pork salami]. I've also used a rabbit tenderloin, treated it the same way and then shaved it over braised rabbit with orecchiette. Duck eggs can also be used. Salt them for a few weeks, shape them into a salami shape and [you get a] beautiful, fatty richness from the egg yolk. It's just a good [way] to add another layer of flavour."

Sullivan claims that the best modern bottarga is the version he gets from Société– Orignal, a Montreal-based supplier of artisanal Canadian products. It's made from sea-urchin roe, which will be familiar to anyone who's ever had uni in a sushi restaurant. The results may be the finest version of the ingredient Canada has ever produced.

To create the bottarga, Société-Orignal enlisted the expertise of Derek Dammann, the chef of Montreal's Maison Publique. "Basically, it's an urchin [roe] purée," Dammann says. "It has to be cleaned and really dry. I purée it, then put it in sous-vide bags about the size and shape of a Freezee, tie it really tight and cook it in the water bath to set it. It comes out like really soft fudge. I take it out of the bag, bury it in salt, wrap it in cheesecloth and leave it to dry. It takes about three to four weeks."

Dammann uses both the uni bottarga and traditional mullet bottarga in pasta, but says it's also "really good either grated or finely shaved over greens, especially something bitter, like Treviso radicchio. It's a really special product."

That specialness is reflected in the price. You can expect to pay about $50 a pound for the good stuff, but few ingredients capture the taste of the Mediterranean with such delicious intensity. 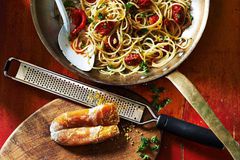 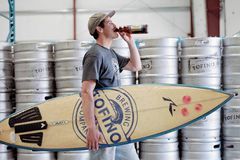 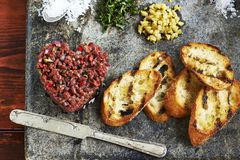 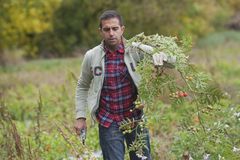