On Wednesday morning this week I wandered the halls of the George Brown Chef School in downtown Toronto. I went to see what sort of people want so badly to toil in kitchens that they'll bet two years of their lives and tens of thousands of dollars just to get a foot in the minimum-wage door.

What I found didn't surprise me; apart from their uniforms of chef whites and pinstriped cotton-poly pants, the students at George Brown looked a lot like the students at other GTA colleges and universities. From what I saw, well more than half of them were Asian or South East Asian, Indian, Sri Lankan, Arab or Latin American. I heard a fresh-faced young guy and a smiling young woman speaking a casual mix of English and what I think was Farsi. I counted a dozen black students. That is roughly ten more black people than I've seen working the lines of mid- to high-end Canadian restaurant kitchens in all of the years that I've been writing about food.

Those future chefs were a cross-section of Toronto. They looked like Canada. I would like to say that witnessing that gave me hope.

This weekend, just a few blocks from George Brown, the eighth annual Terroir symposium, a gathering of "the innovative and creative influencers of Canada's hospitality industry," according to the conference program, will convene in the historic Art Deco ballroom called Arcadian Court. The conference is billed as "Canada's leading hospitality event." The theme for 2014: "Community building and creative collaboration in the world of gastronomy."

But all that undersells what Terroir actually is. In just eight years it has become one of the most power-packed food-world parties on the continent. An invitation to Terroir's VIP reception or to one of its private bacchanals means access to the very most respected and powerful chefs and restaurateurs on the planet – people who can make careers with a single phone call.

Being a panelist or friend of the organization means face-time with the world's most influential food writers and editors; guests last year included the Chicago-based regional organizer for the World's 50 Best Restaurants competition and the head of New York's all-powerful James Beard Foundation.

One of the conference's organizing committee members is an operating partner at Lecours Wolfson, a pre-eminent hospitality industry headhunting firm. Arlene Stein, Terroir's chairwoman, is special projects co-ordinator for Cook It Raw, a gathering – and this is not overstatement – of "the world's most avant-garde chefs." Invitations to Cook It Raw are among the most coveted prizes in professional cooking.

Terroir is a club; membership brings outsized privileges. And if history is any guide, once again this year that club won't look like what I saw at George Brown College. This weekend, the Arcadian Court will be one of the whitest rooms in town.

Of the 89 presenters named on Terroir's 2014 program, I count just eight who might not check the box for "white" on a census. It's worse if you look at the contingent of Canadian chefs. Of the 28 listed, by my count there are no blacks, no Arabs, no Filipinos, none of the Sri Lankans who staff at least a third of the kitchens in this city – the list could go on and on and on. That program has just three non-white Canadian chefs on it. Only two of them, Torontonian Scott Vivian (his mother is from India), and Duncan Ly, a Vietnamese-Canadian chef from Calgary, have been given speaking roles.

I suppose it's important to say here that none of what follows should be seen as an indictment of the people who are invited. To have Daniel Boulud and David Chang – who, no, it is not lost on me, is Korean-American – as headliners, as Terroir does this year, is a coup for any culinary gathering; they are two of the most innovative and inspiring chefs anywhere.

I'd say the same for Albert Adria, who's coming in from Barcelona, and Joe Beef restaurant's Frédéric Morin and David McMillan, and Amanda Cohen, an enormously intelligent and talented chef from Toronto who owns and runs Dirt Candy, a vegetarian restaurant in New York.

The organizers have also lined up the This Hour Has 22 Minutes actor Shaun Majumder. Mr. Majumder, whose father is from West Bengal, is working to turn his hometown of Burlington, Newfoundland, population 350, into a tourism destination. Nice catch.

And so this isn't about who's coming. It's about who's not. It is not so hard to find top chefs and restaurateurs with stories and skills worth sharing and who also happen to not be white, especially not when you're sourcing guests from around the world. It's not hard at all if you look. 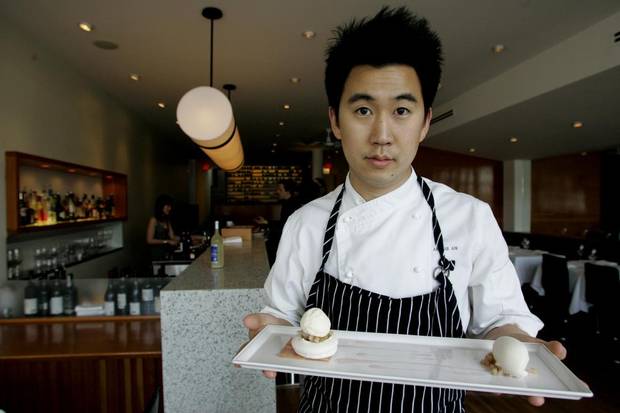 LAURA LEYSHON FOR THE GLOBE AND MAIL
Why not Angus An, the Taiwanese-Canadian chef with the dream of a résumé (he graduated from New York’s French Culinary Institute, apprenticed at Jean-Georges Vongerichten’s JoJo, spent years at Toqué! in Montreal, then worked around top restaurants in Britain) who runs Vancouver’s consistently astonishing Maenam restaurant? 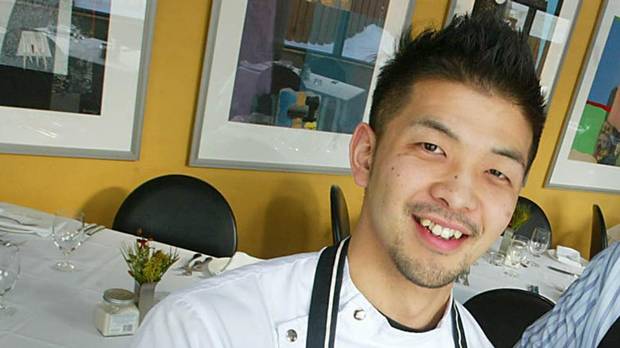 Marc Gallant/The Canadian Press
Why not, for this year’s mainstage talk called “challenges,” bring in Makoto Ono, the whip-smart and stellar Japanese-Canadian chef from Winnipeg who also has a terrific international résumé and runs PiDGiN restaurant in Vancouver’s Downtown Eastside? PiDGiN was picketed from its inception by anti-gentrification activists; it has nonetheless endured and is by many accounts one of the city’s most extraordinary restaurants. 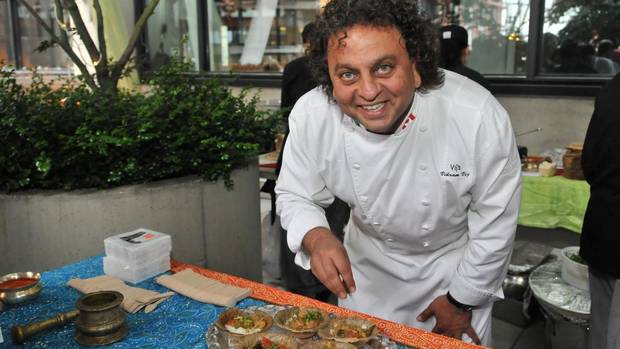 Why not Vikram Vij and Meeru Dhalwala of Vij’s in Vancouver, a laboratory and standard-bearer for modern Indian cooking not just in Canada but around the world?
When I spoke with Mr. Vij this week he said he didn’t want to stir the pot – that he didn’t want to come off as being angry, because he isn’t. But he also said he has asked to be a panelist at Terroir. “Arlene Stein and I had this conversation a year and a half ago at The Drake Hotel upstairs,” he said. “She was all gung-ho, she said, ‘Yes, yes, I want to bring you in!’” Mr. Vij recounted. “I never heard back from her.”
Why not Alireza Fakhrashrafi, the Iranian-Canadian Middle Eastern scholar and chef who runs College Street’s extraordinary Tavoos – a restaurant so odd and magical and delicious that it counts Ruth Reichl among its fans? Mr. Fakhrashrafi finds his inspiration combing through antiquarian bookstores in Tehran, searching for historic recipes. Isn’t that perhaps more worthy of Terroir’s attention than an “art installation” by the comedian and chef-impersonator Taylor Clarke?
But even that is better, I suppose, than the 2012 conference’s tone-deaf “tribute” to the Chinese railway labourers who came to Canada more than a century ago. Called “Wok and Roll: Riding the Rails of Chinese Canadian Cuisine,” the event featured a meal prepared by “fifteen of our most esteemed chefs,” as that year’s program put it.
And who were those 15 chefs? In a region with two downtown Chinatowns, an enormous uptown Chinese community, dozens of top Chinese chefs and line cooks and some of the best Chinese restaurants on the continent, Terroir’s curators managed to find exactly one Chinese-Canadian guy to join the fray. 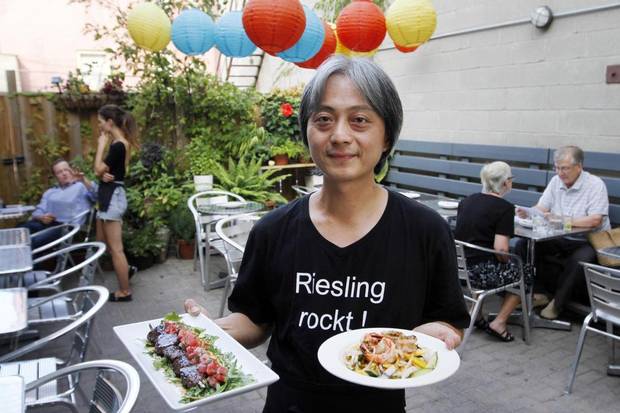 Fernando Morales/The Globe and Mail
Why not invite Roland Jean, the Haitian artist who co-owns the terrific Rhum Corner on Dundas Street West? Why not Tom Thai of Foxley, who immigrated here from Vietnam in 1978 and now runs one of Toronto’s most quintessential restaurants, or Farzam Fallah, the so-good-it’s-almost-comical pastry chef at Richmond Station, or Ghaya Oliveira, the Tunisian-raised head pastry chef of Daniel Boulud’s restaurant empire? Why not Riad Nasr, the Montreal-trained chef who helped to create not merely one but three of the most admired restaurants in Manhattan?
How hard would it be, when Terroir’s organizers quite obviously comb the world for conference panelists, to find even a single, superb chef or restaurateur or wine maker who is black? 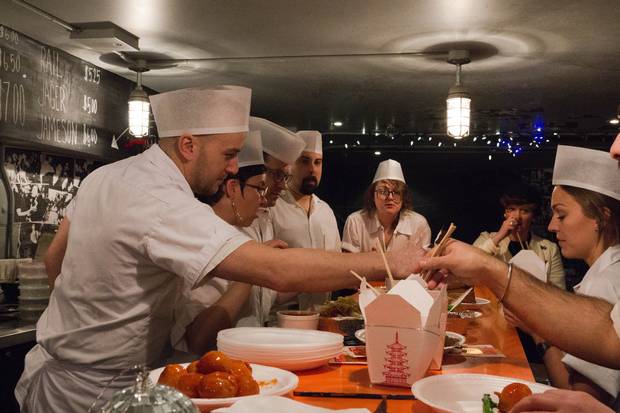 Renée Suen
Why do the members of the Group of Seven Chefs collective – all of them downtown 416, and French-trained, and all, save one member, white – merit perennial billing at the conference when other, fresher and frankly more interesting collectives like Toronto’s Asian-Canadian “Banana Mafia” go ignored?
Why is Terroir so in thrall to Northern Europe – four chefs from Sweden will fly in this year and Ireland is also prominently featured; last year there were chefs from Sweden, Belgium and Denmark – but blind to the existence of an entire world just north of Bloor Street?
Why does the conference write off, wholesale, the very thing that makes this city one of the world’s best and most varied food towns, which, I’m sorry, is not its peameal bacon sandwiches and tarragon-flecked frites, but its unmatched range of extraordinary little mom and pops and over-the-top banquet halls and so-called “ethnic” spots that thrive, unacknowledged by the nation’s supposed culinary “creative influencers,” in that great, unwashed, brown and yellow and black and olive and, yes, even white-skinned no-man’s land where official Toronto ends?
And perhaps more important, where do those students I saw at George Brown this week fit into all this?
When I asked Ms. Stein some of these questions on Thursday she sounded genuinely concerned, genuinely alarmed. “To be frank I’m a bit embarrassed – I’m a lot embarrassed actually,” she said. Ms. Stein said the conference’s organizers had focused this year on helping to right another problem in the food world, its gender imbalance. “Every single guest, we asked ourselves, ‘Is there a woman who could take that spot?’”
This must be applauded. The entire industry – from restaurant owners and managers to chefs to line cooks, to conference organizers and yes, to food writers and critics – has shut women out of key roles in the restaurant business for far too long. But the industry’s race problem is in many cases even worse, and every bit as glaring. And the issue is hardly new.
“Every year we try our best to be as fair and thoughtful as possible, and every year we try to consider where we’ve failed,” Ms. Stein said.
I hope that’s the case. If the conference really is about “community building and creative collaboration in the world of gastronomy,” Ms. Stein and her colleagues have some work to do. Because this is all about more than just a conference.
Truly great restaurants, like great restaurant cities, reflect and celebrate the context and the communities that surround them – not just the single, obvious, dominant one. Greatness does not spring from self-congratulatory feedback loops.
What Terroir’s program is missing isn’t just a bunch of interesting chefs and restaurants and tastes and experiences. What it’s missing is Toronto, and Canada, circa 2014.
Single Page
1 2Next