Seven years ago, Chris de la Rosa started his website, Caribbean Pot, so that his daughters could use family recipes while studying away from home. Almost immediately, the Trinidadian immigrant was inundated with visitors and recipe requests from around the world and, two years ago, he quit his Internet marketing job to work full-time on the site, which has more than 300 recipes (vegetable fried rice and curry goat are the most popular). Here, the Hamilton cook talks about the process of writing down the method behind some of his beloved heirloom meals.

Do you remember the first recipe that you tried to write down?

Probably my mom's curry chicken. I had to call her, she was living in Trinidad, and I was a student here. I was always thinking, "Oh my phone bill's gonna be high." And she's "Yes son, a little bit of this and a pinch of that" and I'm like "No Mom, I can't function like that. How about a teaspoon?" We never had a measuring cup in our house in Trinidad.

How do you write your recipes?

From the beginning, I pretended that I was teaching one of my daughters, step by step, trying to break it down as simply as I could. If there are ingredients that you cannot find here, I try to recommend something else that you can use with the same sort of results. So something like [the herb] shado beni – if you can't find it – use cilantro. Just use a little bit more.

Have you cooked with your mom for the site?

Yes, and taken videos. Her buss-up shut [a type of roti], her curry duck, the really traditional stuff, I tend to video it. Rather than write as she cooks, I videotape, then I watch the video and break that down into a written recipe.

See, now when it comes to something like buss-up shut – it's so much more than just having a recipe, there's a real technique to making the roti properly light and layered and buttery. I can't do it.

The technique is killer. When I watch my mom, how she does the dough, the sort of caressing way, her fingers and her focus. She's in the zone.

And so now you're starting a couple of Web series, too?

Yes, about shopping for Caribbean ingredients, how to buy proper mangoes and dasheen and eddoes. I'm working with someone from the University of the West Indies and we're trying to do a documentary show to trace back some of these foods – where in India did our way of cooking curry come from, where in Africa did our pelau come from? If you've ever had Chinese food in the Caribbean, it's totally different than anything you've had in North America, than anything you've even had in China, because over the past 150 years, the herbs, the seasonings, the ingredients, everything has changed to what they found in the Caribbean. It's fun times.

Judging from the comments, people really like your site.

I think the best e-mail I received was from a couple ladies, their father was turning 79. Their mom passed away 15 years ago and he hasn't had a home-cooked Trini meal in all those years. So I e-mailed back and forth and helped them with the menu. They said he cried. It reminded him of his wife and times he had spent cooking with her. They said it was the best time they ever had with their dad, to be able to that for him. It almost made me cry. 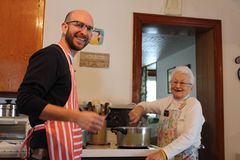 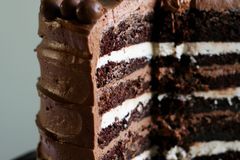 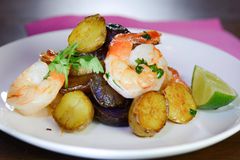