In 2009, food writer and photographer Jeffrey Alford gave up the life he'd known in Toronto. He divorced his wife and co-author Naomi Duguid and settled in Kravan, a small Khmer village in Thailand, where he doesn't speak the language, and married a local. After five years of eating snakes, scorpions, deep-fried baby frogs and tree leaves, the award-winning co-author of Flatbreads & Flavors and Hot Sour Salty Sweet brings us a radically different kind of food book, Chicken in the Mango Tree. Part recipe collection, part still-life of a people interwoven into a landscape, the book might be best described as an anthropological depiction of Alford's new yet very old and bewitchingly appetizing way of life. He talked to Mark Schatzker about Thai Khmer cuisine and the mesmerizing cooking ability of his new wife, Pea.

How would you compare the food in the Thai Khmer village where you now live with other places you've visited and eaten?

When I was 23, I lived in South India for nine months, then Sri Lanka, Thailand and Nepal. This feels most similar to the food in Sri Lanka. A lot of things are eaten raw. The flavours are sharp.

You wrote six cookbooks prior to this one. What did you learn about food and cooking with Chicken in the Mango Tree that was a fresh insight?

I've never been around a group of people who have such knowledge about their environment. The first thing I wrote was how you cook crickets versus grasshoppers. In the old format, there was no room for that sort of thing.

Is there something wrong with the modern cookbook?

When I lived in Toronto, I was on the national committee of the James Beard Foundation. Every year I'd look at 400 books. The studio food always looked pretty, but the emphasis was on way too many recipes. The books I was doing began to feel dishonest to me – spend two weeks here, take some pictures, write a head note, have a photo, write a recipe. I felt locked into a formula. With North American cookbooks, there's an overmeticulousness about the recipe. You lose the art of cooking. The concept of a recipe to Pea – she looks at me like I'm crazy. A tablespoon? She's never cooked that way.

You write that life in Toronto became 'abhorrent.' Is part of the happiness you've found due to the food you're eating?

Yes, but it's the environment, too. I live on an agricultural flat plain. When you look out you think, 'There's nothing beautiful here.' But when you're in it, it's immensely beautiful. I used to plant flowers, and Pea would say, 'Why are you planting flowers? You can't eat those.' If you come upon it not knowing, it just looks like a poor village. But it's really this beautiful, complicated ecosystem that works together.

Reading the book, I yearned to be with you in that Thai Khmer village. Now that you've discovered paradise, is there anything you miss about here?

I miss Parmesan cheese. I miss things with big flavour, in the North American sense – the prosciuttos and things like that. We don't have cured meats. You can't cure meat there.

Tree leaves play an unexpectedly prominent role in the cuisine there. At the risk of giving the food hipsters something new to appropriate and then discard in six months, are we missing out on tree leaves? Should I be eating my birch tree?

These are almost all leguminous trees [part of the bean and lentil family], which fix nitrogen. These trees feed people, they feed cattle and they feed the soil. In the southern U.S.A., they have a similar environment, and there are some of the same trees there, but people don't eat them. I think it's unique to here.

You describe how Pea makes a paste of roasted shallots, garlic and chilis called nam prik, to which she adds ingredients such as freshwater crab, scorpion, roasted frog. What could one substitute here?

Anything. If it sounds good, try it out. You can put lime juice on top. Sometimes there's fish sauce or fish paste. You can grill chicken and shred green mangoes. That's the creative part of this food.

Could you substitute very tart apples for green papayas or green mangoes?

Shallow-fried pork ribs are seasoned with just salt and pepper – simplicity itself. Is Asian cuisine in Asia more subtle than it is here?

We make it too complicated. I find that's especially true with Chinese cuisine. If you're going to stir-fry a green vegetable, you don't need to add pork. Just sprinkle a little salt. In cookbooks, there's always this pressure to make recipes unique.

Everything Pea cooks is straightforward. When she grills frog legs, they're perfect. You don't need to do anything to them.

You write about free-roaming chickens in Kravan. Can you tell me how they taste compared with the cardboard Canadian chicken?

They're completely different. The flavour is strong. If you buy chicken at the market, the village chicken is much more expensive than the factory chicken.

I'm curious, what do you think of Thai restaurants here?

Oh, I won't go into a Thai restaurant in Toronto. It's most often not Thai people cooking, just people trying to make a living off Thai food. It gets really boring. You don't find pad thai in Kravan.

Your life could be described as an epic personal journey in search of food and flavour. Is Kravan the last stop?

Mark Schatzker's next book, The Dorito Effect: The Surprising New Truth About Food and Flavor, will be published on May 5 by Simon & Schuster. 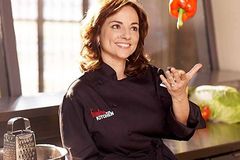 What is the healthiest way to cook vegetables to maximize their nutritional value?
April 15, 2021

From MasterChef to Toronto restaurant owner: How Eric Chong’s career went from 0 to 100
April 10, 2015 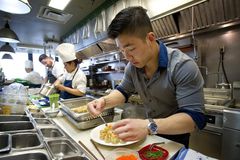