Good news, chocoholics. Scientists at the University of Guelph say they may hold the key to creating a healthier chocolate that won't go straight to your hips.

Associate professor Robert Lencki and research associate John Craven of the university's department of food science have discovered how to produce a fat that has the same melt-in-your-mouth quality of cocoa butter but is much better for you.

Dr. Lencki notes they aren't the first to experiment with healthier alternatives to the confection, but they do believe they have made a breakthrough in figuring out how to make a product that doesn't taste like "tree bark."

"We're able to put the right fatty acids and engineer it and produce it so it mimics the melting behaviour of cocoa butter, so it actually tastes like a chocolate bar," he says.

Researchers have long known that chocolate is rich in antioxidants that are beneficial to one's health. But the decadent treat can hardly be considered a health food because of its high fat and high calorie content.

Dr. Lencki and Dr. Craven say their solution lies in using a kind of fat called diacylglycerols, which the body metabolizes differently than the triacylglycerols of regular cocoa butter. Both fats are commonly found in food; the researchers liken them to sucrose and fructose, two natural sugars that are metabolized differently.

The way the body metabolizes triacylglycerols is similar to e-mailing zip files, Dr. Craven says. Their molecules are too large to get across the intestinal wall whole, so the body breaks them down into smaller components, which are reassembled once they cross the cell membranes of the intestine.

"It's kind of like … the fat molecule is zipped and unzipped to get through," he says.

But because they're structured differently, diacylglycerols can't be immediately reassembled after they cross the intestinal wall. Thus, that material cannot be stored in fat cells, and is instead broken down in the liver and used as energy. Moreover, since it does not involve the body carrying large triacylglycerol molecules in the blood stream, diacylglycerols won't clog the arteries and veins in the same way, Dr. Lencki says.

While diacylglycerols have been used to produce vegetable cooking oils derived from canola and soybean oils for the health-food market, scientists and manufacturers haven't had much success using them as confectionery fats, until now. Dr. Lencki says this is because it's difficult to replicate the finicky melting point of chocolate, so that it snaps when it comes out of the package, but melts in the mouth.

Since their solution is proprietary information, however, the researchers are unable to provide further details. Their work is also still in the development stages, so it may be a while yet before healthy chocolate bars hit store shelves.

Dr. Lencki emphasizes, though, that theirs is a natural product, created using the same processes and raw materials for margarine. Unlike fat substitutes, such as the controversial synthetic oil Olestra, introduced to consumers in the mid-1990s, which carried the risk of flatulence and diarrhea, their solution does not involve introducing foreign materials and "weird chemicals" to consumers' diets, he says. Like fructose and sucrose, diacylglycerols and triacylglycerols both have the same calorie count, but since the body metabolizes them differently, they can have a very different impact on one's health.

"Obviously the main thing is eat less, exercise more," Dr. Lencki says. "But this is where we're looking at it and saying, 'Okay, if you have a choice and people are going to eat chocolate … let's make it as healthy as possible.' "

A legendary chocolate a century in the making
January 25, 2011
Get it while you can: Rare, wild chocolate with ancient roots
August 30, 2011 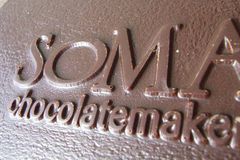 Savour that chocolate while you can still afford it
February 11, 2011 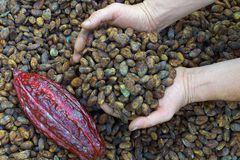