Fermented apple beverages are made on every continent, except the one where emperor penguins reign. Beer may still be the most popular drink on the block – it’s a $9-billion industry in this country – but cider makers are trying hard to cut into that market.

Cider makes up only a small slice of the pie, capturing 1 per cent of alcohol sales, but it’s growing at an impressive rate. Sales in Ontario have skyrocketed in the past decade, growing from $6-million in 2004 to an estimated $60-million this year, according to the Liquor Control Board of Ontario.

Cider is bubbling up in other parts of the country, too. B.C. Liquor Stores and the Société des alcools du Québec also report a growing interest in domestic ciders.

And Nova Scotia, which grows 10 per cent of Canada’s apples and is leading industry growth in Maritime provinces, saw a 200-per-cent increase in cider sales this year, says Sean Sears, president of Halifax-based ShipBuilders Cider.

A decade ago, about a dozen producers were fermenting apples in Canada. Today, there are more than 60 craft cider makers across the country. To help you pick the right taste for your table, the following is a guide to Canadian hard cider. 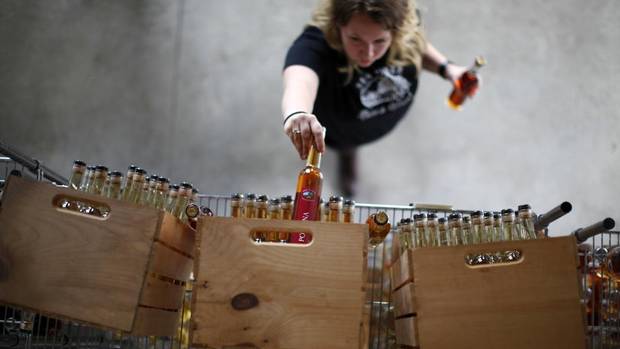 Kirsten Reimann stocks one of nine different ciders onto shelves at Sea Cider Farm & Ciderhouse in Saanichton, B.C. (Chad Hipolito for The Globe and Mail)

Like champagne, French cider sparkles with tiny, throat-tickling bubbles. That distinctive effervescence is a product of the méthode champenoise, a process of wine making that requires a second fermentation in the bottle. Authentic French cider is made with cider apples that grow in Normandy and Brittany, and is low in alcohol (3 to 6 per cent). Try Cidrerie Michel Jodoin’s sparkling Rosé Mousseux for an interpretation that is slightly higher in alcohol; the red-fleshed Geneva apple gives it a natural blush. In Nova Scotia, L’Acadie Vineyards uses the traditional French method with sweet organic apples from Annapolis Valley to make a creamy, golden cider.

English cider is less delicate than its French cousin. Modern Canadian English-style cider is higher in alcohol (6 to 9 per cent), often carbonated with big soda-pop bubbles and sold by the bottle, can or pint glass. On Vancouver Island, Merridale Ciderworks’ dry, carbonated traditional cider is made with old-fashioned English apple varieties such Yarlington Mills. In Ontario, all the old cider-apple orchards were cut down during Prohibition, but cideries such as Pommies Dry Cider are adapting the English method, using native apples such as Northern Spy or Ida Red. Pommies is spritzy, sweet-tart and perfect for pairing with dinner. 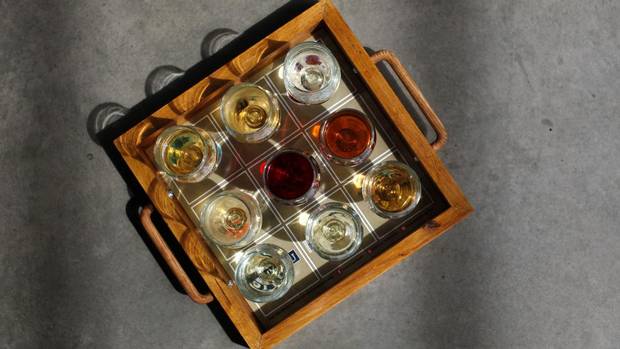 A sample tray is filled with nine kinds of cider Sea Cider Farm & Ciderhouse. (Chad Hipolito for The Globe and Mail)

Cidre de glace, or ice cider, is the truest Canadian cider: It was invented by Christian Barthomeuf in Quebec in 1989. To make the dessert-wine-like ice cider, apples are left on the trees in the winter or fresh juice is put out to freeze in the cold. Subzero temperatures concentrate the sugars to make it the sweetest kind of cider, and the booziest (7 to 13 per cent).

Barthomeuf is the original cider maker for Clos Saragnat, Domaine Pinnacle and La Face Cachée de la Pomme. But many other Canadian cideries produce their own version of the original. Arlington Orchards, on the west shore of Malpeque Bay, is the only producer of hard cider on Prince Edward Island. It’s not technically an ice cider, but it is made by letting the apple juice turn to ice outside, and has the taste of a perfectly ripe McIntosh. A quality ice cider is as crisp as a cold apple, but never syrupy. Like a sauternes, it gets better with time and is best cold.

Several cider-makers are following Barthomeuf’s lead and pioneering their own techniques. Sea Cider Farm & Ciderhouse in Saanichton, B.C., makes nine ciders in a variety of styles – but Rumrunner is unique. Made with heritage Winter Bananas and Stayman Winesap apples, it is aged in rum-soaked barrels that give the dark, sparkling cider a sugary spice. In St-Joseph-Du-Lac, Que., Verger Lacroix makes a fire cider by concentrating the juice of the apple over flames. As a result, Feu Sacré has a slight aroma of burning wood. 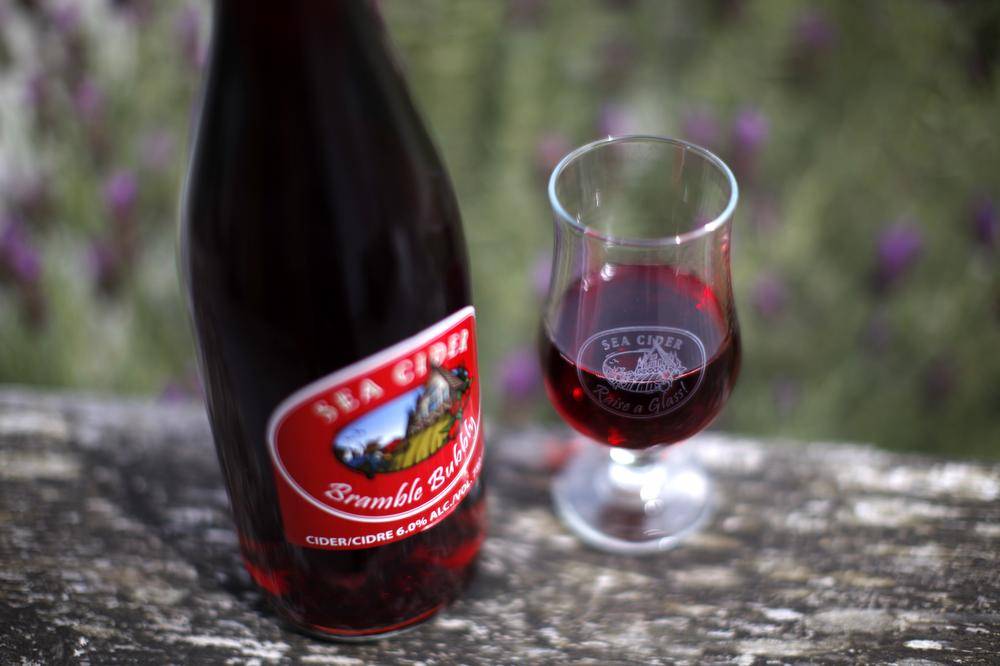 A glass is filled with Bramble Bubbly, a blackberry and sun-soaked sweet apple cider at Sea Cider Farm & Ciderhouse.(Chad Hipolito for The Globe and Mail)

By definition, cider is made only with apples. Flavoured ciders are more accurately called coolers. Smaller producers often use real fruit juice to jazz up their classic apple concoctions. At Gagetown Cider Co. in New Brunswick, wild blueberries, cranberries, raspberries and strawberries give a summery twist to their classic English-style cider.

Perry, meanwhile, is like cider except it’s made with pears. Puddicombe Cider Co. in Winona, Ont., makes Sir Isaac’s Pure Pear Cider with fruit from Niagara. Light and lemony in colour, this perry has just a little bubble and a fine balance of sweetness and earthiness.